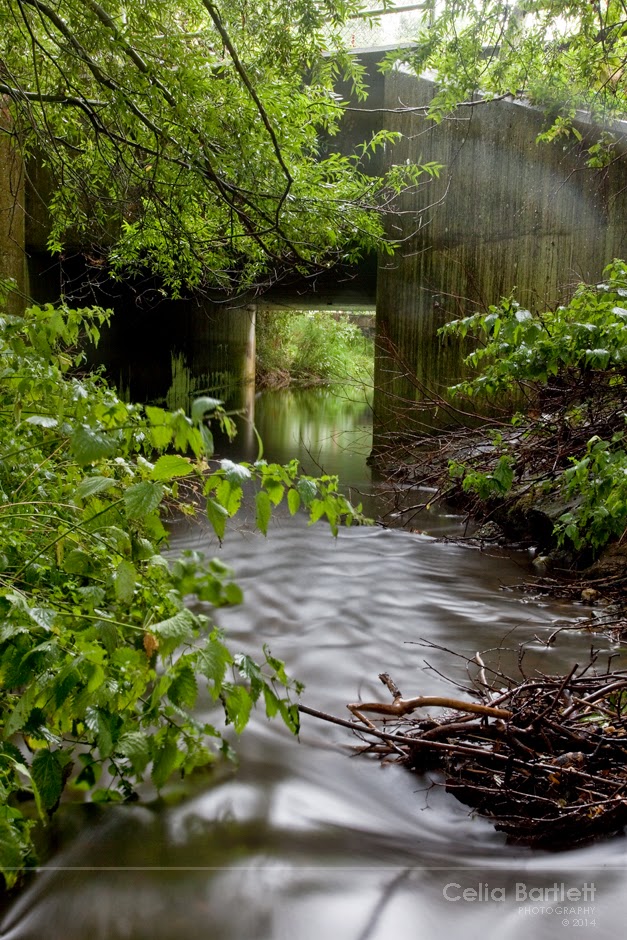 "Ok photo why/what Uttlesford means as in where name comes from."

Back in March, Uttlesford made the headlines as Britain's most desirable rural area to live. Up until then, many people in the UK had probably never heard of it, although Uttlesford is actually the name for an administrative district in North Essex. So different is this northern area of the large county of Essex to the infamous 'Essex' that appears in TV shows, for me, it could well be its own little county. I have lived here for thirty years and now consider it home. Over that time, I have learnt many facts about the area but until today, when I actually had to go in search of this particular feature, I had never truly realised where it was.

Uttlesford Bridge is practically unrecognisable as a bridge from the road - in fact, I have driven over it so many times over the years and I didn't even give it a thought, although I did know such a place existed. Located a couple of miles outside Saffron Walden this very unassuming bridge spans the end of a stream which rises near Great Chishill and joins the River Cam (also known at this point as the Granta) just outside the village of Wendens Ambo. It is only after a bit of a scramble that the existence of this stream becomes apparent. So why is this bridge so important in my story here. According to the History of Wendens Ambo this crossing point had been known as 'The ford of Udel' (possibly a Saxon name) and later became known as Uttlesford. The unnamed stream is often wrongly called the Uttle. Historically Uttlesford was used for one of the names of the Hundreds, which covered a smaller and slightly different area to the much larger Uttlesford that was formed in 1974, taking in Saffron Walden, Great Dunmow, Stansted Mountfitchet and Thaxted.

It was this evening before I was able to go out on the shoot for day 8 and what a rotten evening it was! Rain had been heavy since around lunchtime and continued into the evening. I had no option but to arm myself with a large brolly to offer some protection during the long exposures it required to capture this almost subterranean secreted location. I was just a little sad not to capture in shot, the heron which surprised me by flying along the waterline and through the bridge arch whilst I was there, so unfortunately you will just have to imagine that.

Post script:
I was keen to find out who or what Udel was. Thanks to Enna, my linguistics sleuth. From the Old English word wuduloes meaning forest pasture, so it probably means the ford leading to the wood pasture.
This was extracted from 'The Hundred Names of the South-Eastern Counties" (PDF page 19) 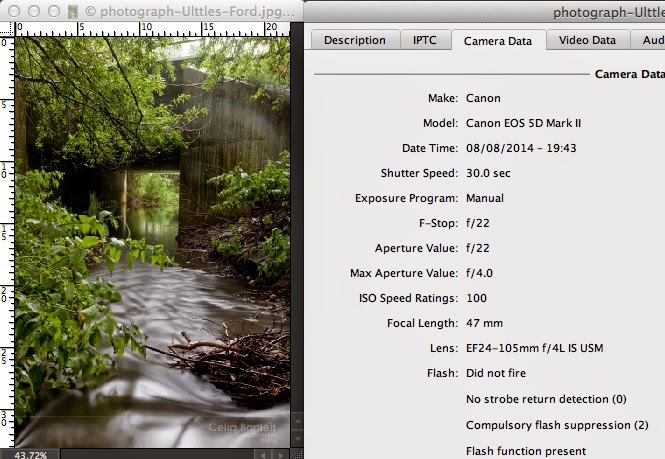