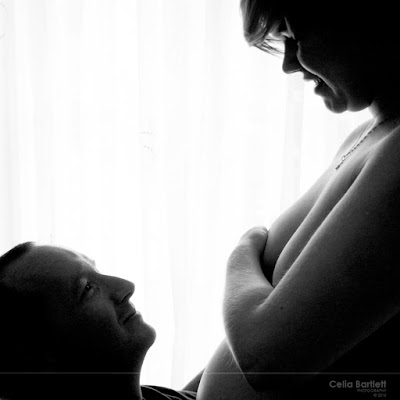 This weekend I took on a portrait shoot with special significance, not least for the couple. It is their first, and long hoped for child and so they asked me if I might take some pregnancy portraits for their baby album.

As with all the portrait photography I am asked to do I work informally, and where possible, utilising natural light.
No studio and flashing lights here, just the natural light falling through a netted window, where, by over exposing by a couple of stops, a soft light was able to subtly show the beauty of these natural female curves. Conversely, by under exposing, a much stronger image was achieved, which was ideal for the shots including the dad-to-be, with the reflected light just catching his eyes looking lovingly up to the two beings he loves most. 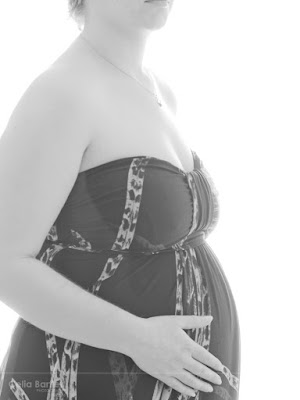 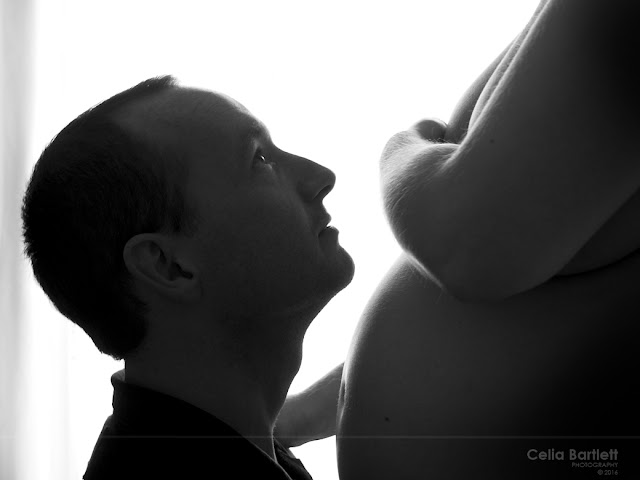 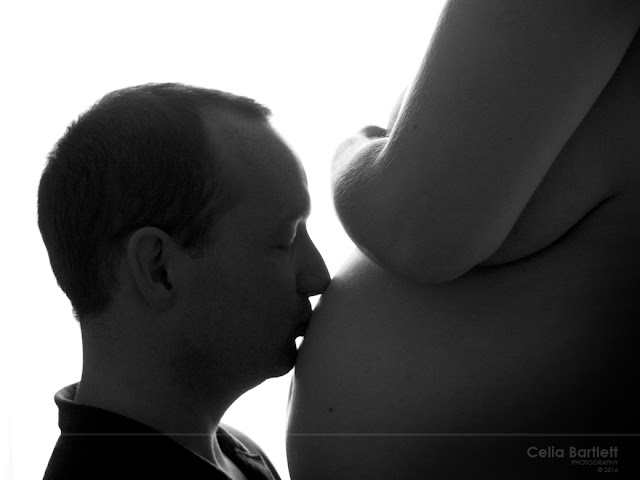 All being well there are plans for another shoot, a few more weeks further into the pregnancy. Meanwhile, I wish all three of them well. 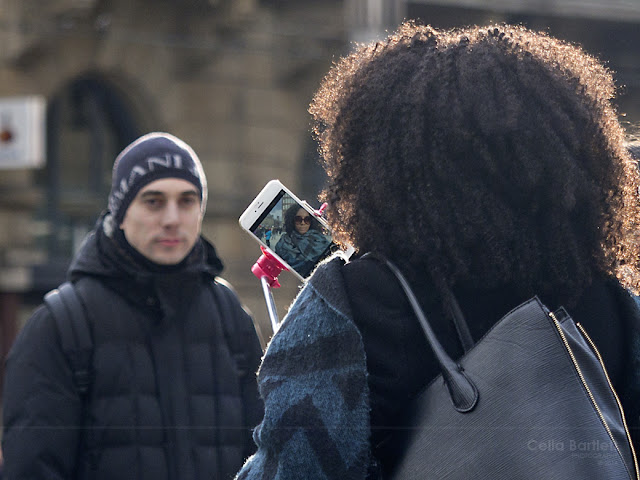 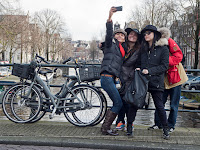 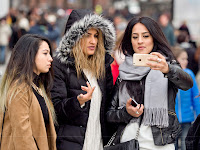 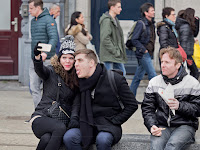 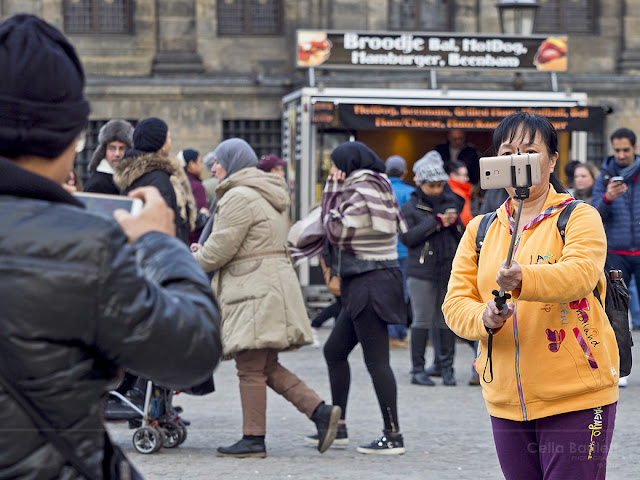 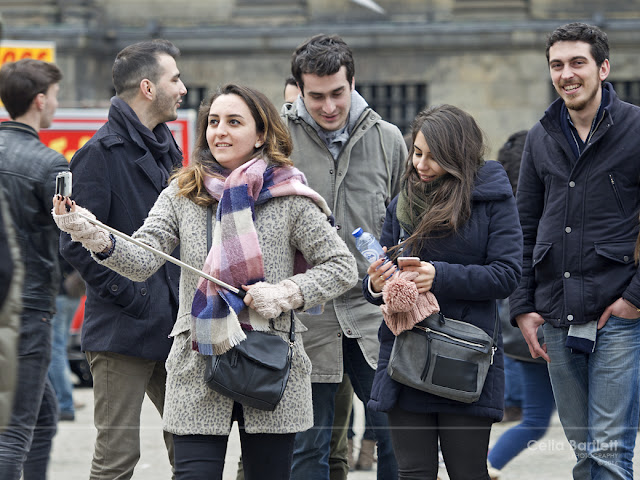 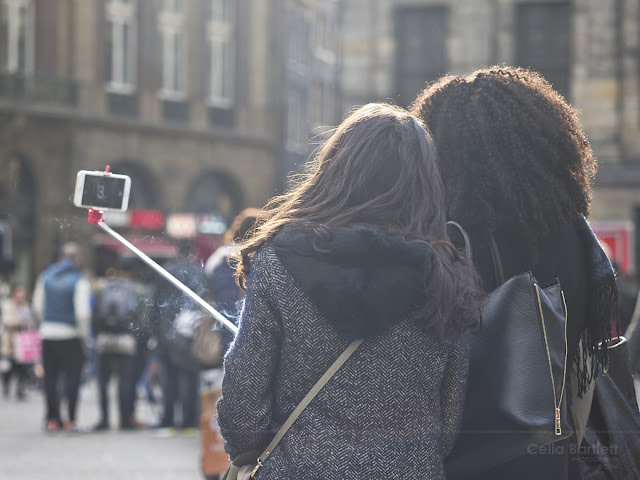 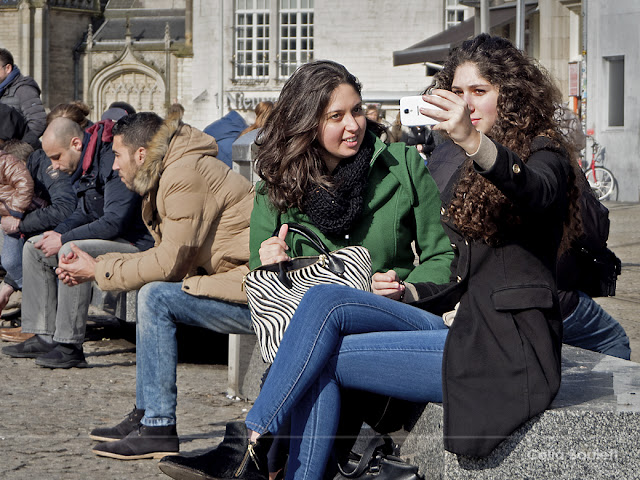 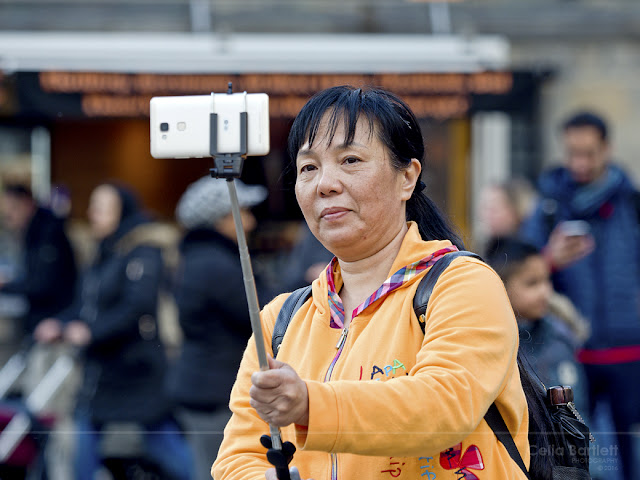 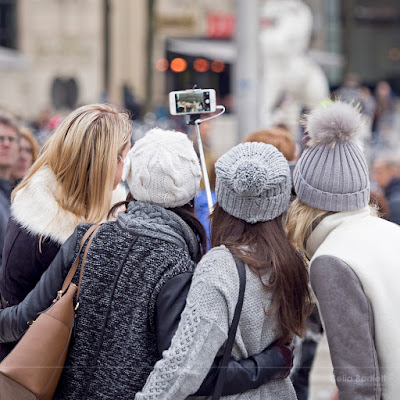 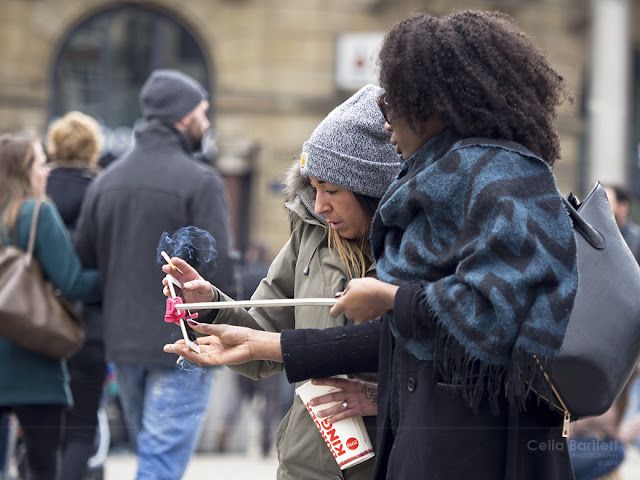 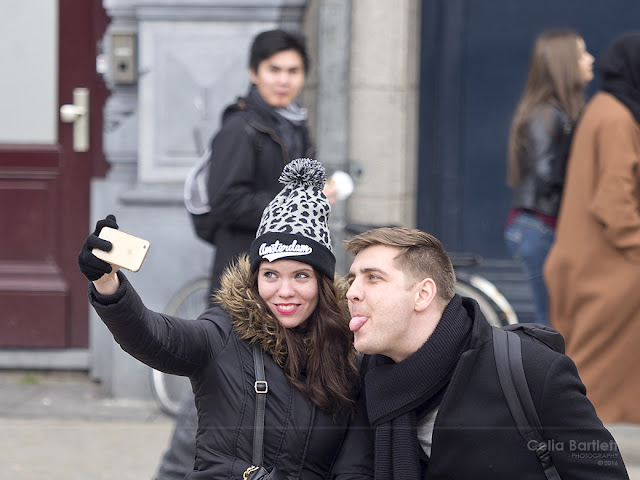 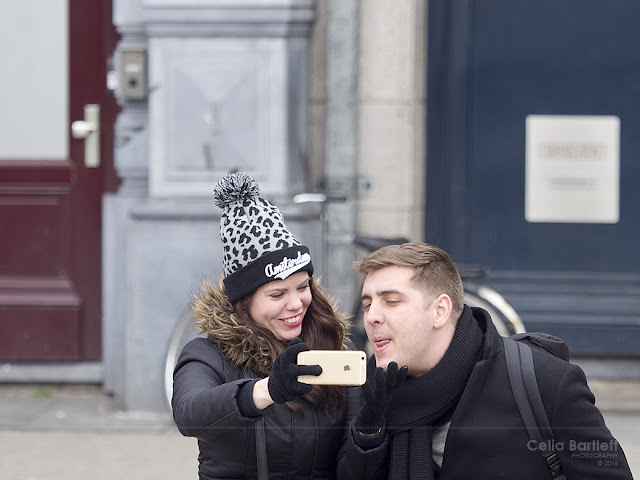 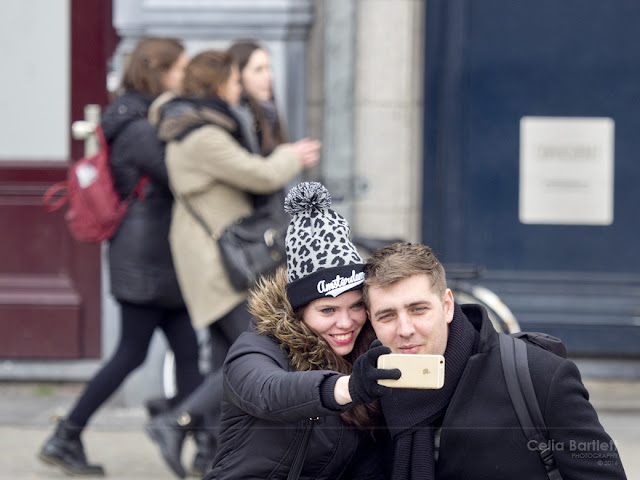 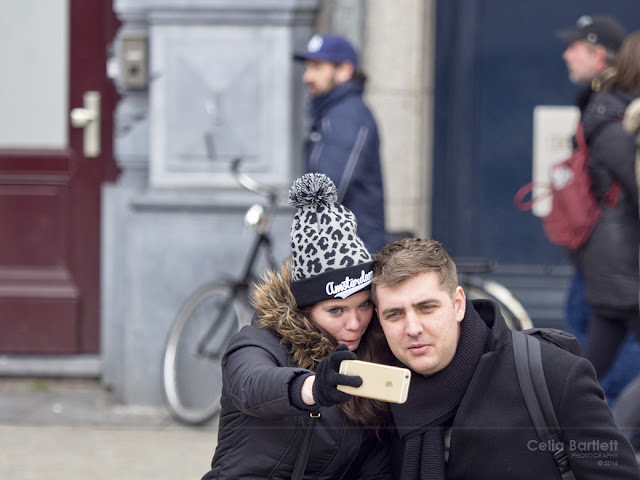 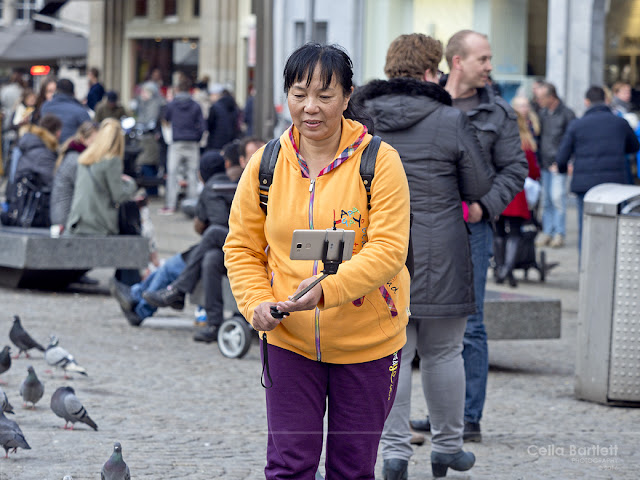 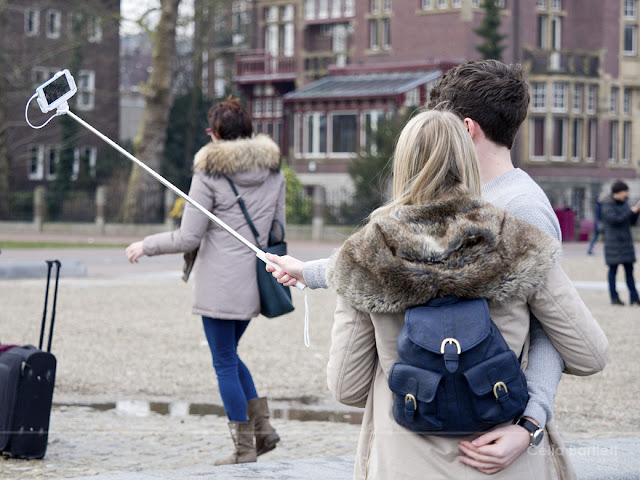 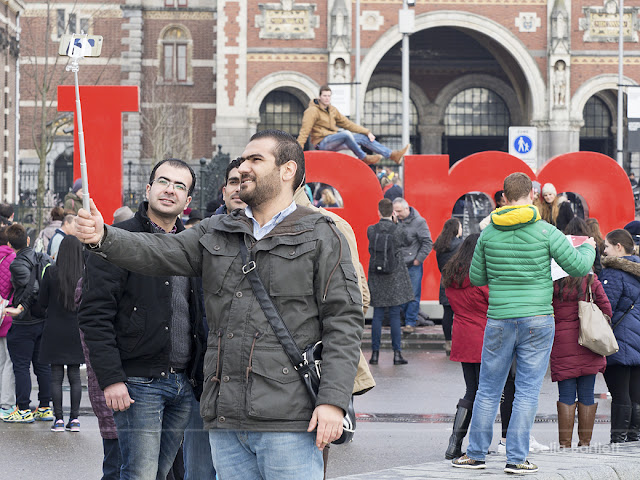 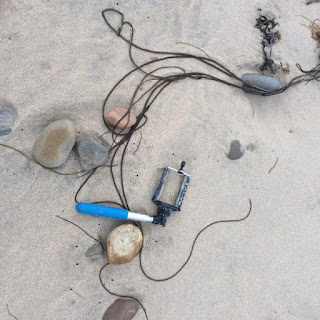 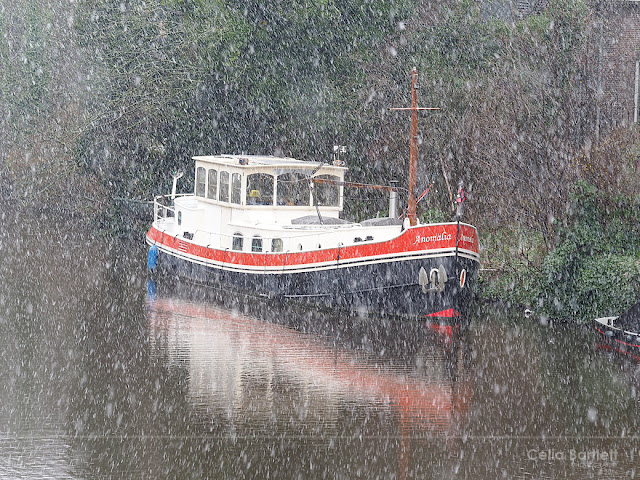 A week ago I flew off to a city I had last visited around 15 years ago, and was delighted to be making a return visit. This was to be a pure indulgence visit - not shooting for work but shooting for pleasure, and it was also be an opportunity to meet a lovely Dutch friend of similar situation who is also an enthusiastic photographer with a keen eye.

Leaving the sunshine behind in the UK, I landed into some wintry weather, giving rise to some shots I had not expected to see during my visit. 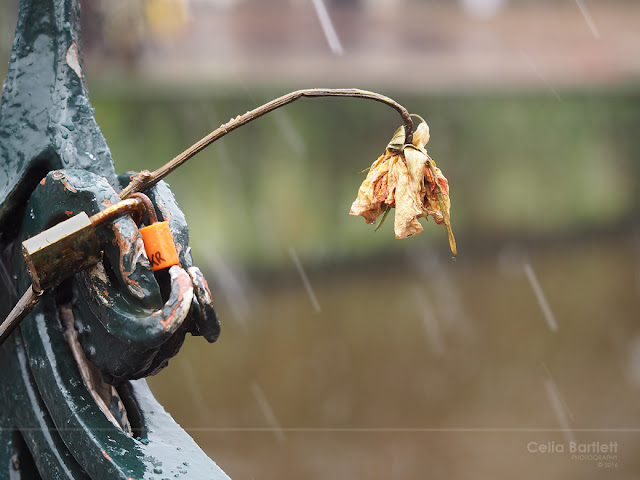 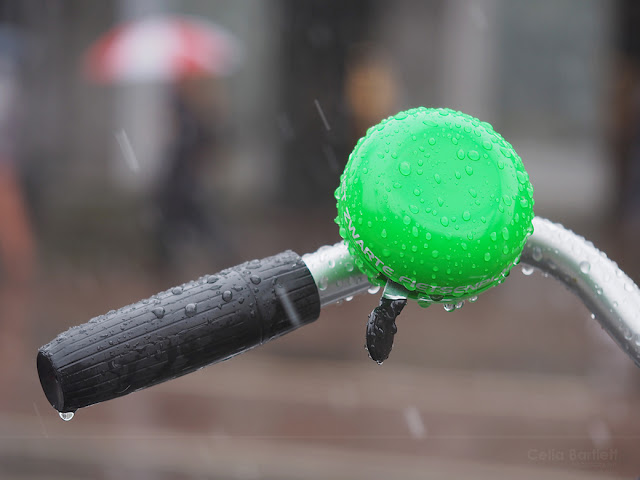 However, by the next morning, the sun had caught up with us and we spent a fascinating day people-watching in Dam Square and the environs of the De 9 Straatjes.

It was impossible not to find shops with traditional Dutch souvenirs, including the typical blue and white Delft ware which came in all shapes and sizes. Appropriate too that this kissing couple was mirrored for real on the Kees De Jongenbrug - Kees De Jongen (Kees the Boy) being a famous Dutch novel about a boy and his first love, Rosa. However unlike the pottery couple who keep their hands to themselves, this modern day Rosa needed to hang on! (Someone give her a couple of Yellow Pages too!)


Now, for a couple of Dutch cliches...

Then there were the selfies - loads of them.
Not any of me I might add, I'm rubbish at them.
But everyone else busying themselves with their selfies, oblivious to what was going on around them.


In fact, I got so engrossed with people taking selfies I'm going to dedicate another blog just to the phenomenon.

It also turned out to be a weekend of
Planes...


And why not finish off with some tulips from Amsterdam! 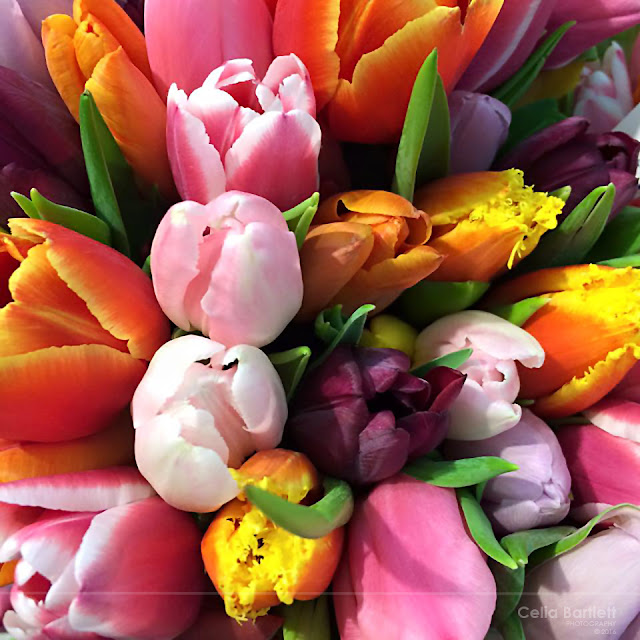