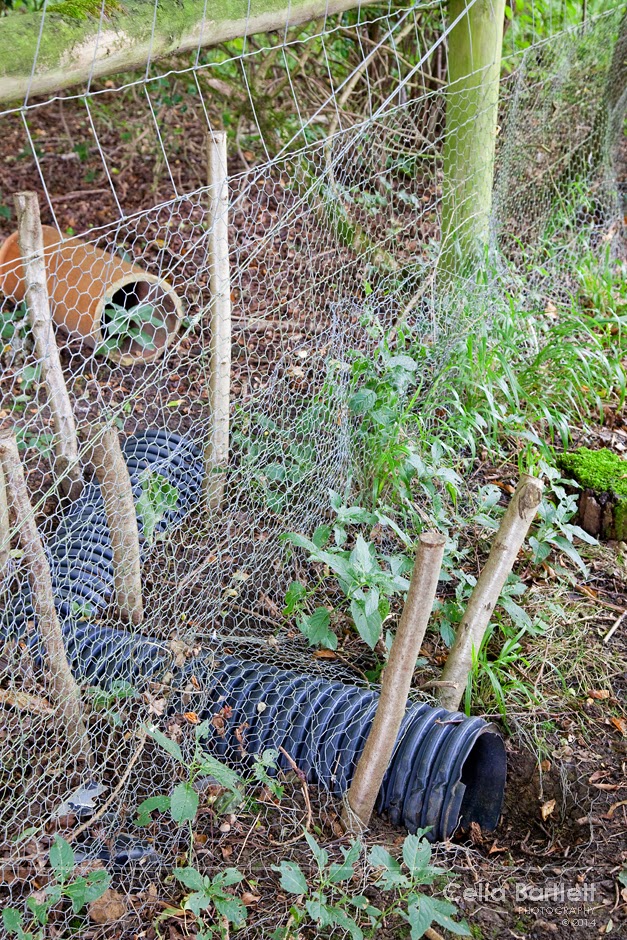 This is what I was faced with this morning, when I finally found the secretive Shadwell Wood near Ashdon, and I certainly wasn't going to be able to squeeze in through a badger pipe!

There were few indicators on the OS map regarding even the name, let alone the entrance to this wood but it was obvious I had approached it from the wrong direction when I came face to face with a deer-proof fence which surrounded this 17.5 acre ancient woodland. Unlike many of the other woods I visit locally, deer are positively kept out of this wood as they would do untold damage to the young shoots of the coppiced trees and also eat all the flowers, notably the oxslips. Managed by the Essex Wildlife Trust, this woodland has an enviable collection of Spring flowers (wrong time of year for me today with August being one month that isn't even mentioned as being best for visiting) Today, I was with the deer - on the outside and so I copied their reasoning and trekked along the deer track which followed the perimeter of the wood, my theory being, if I followed it for long enough I would find the gate. I was beginning to kick myself for forgetting to bring the OS map with me and with no mobile signal, I was unable to do a search for a map that way too. And so me and mutt (and yes, I found out later that she wouldn't have been allowed in anyway) ducked and dived under branches and through nettles (I'm still feeling the late-repeating stings even now) until I got to a point where it appeared I was in someones garden, and that someone was busy in their greenhouse...with the potential of spotting me. Having done a bit of illegal exploring yesterday, I wasn't too keen to go on and get told off for trespass, so I made the decision to turn around and go back the way I had come.

There was only one thing for it - I took myself off home and made the cuppa that I was gasping for and whilst sitting enjoying it, I carefully checked the map and the website to see if there was any more information of how to get into the wood. It wasn't the clearest but I had overlooked a little piece of information which may have been useful so I determined that I would return later in the afternoon for another go. Sadly rain showers and other work thwarted my attempts but now I have discovered this new little oasis, I will certainly be going back.

As I said before, I do just as much learning whilst undertaking the August Challenge as perhaps you do, and that is what I love about doing this. Here for you, is a picture of a deer fence and badger pipe, not quite what I had in mind but then often these challenges throw up something completely different and new. 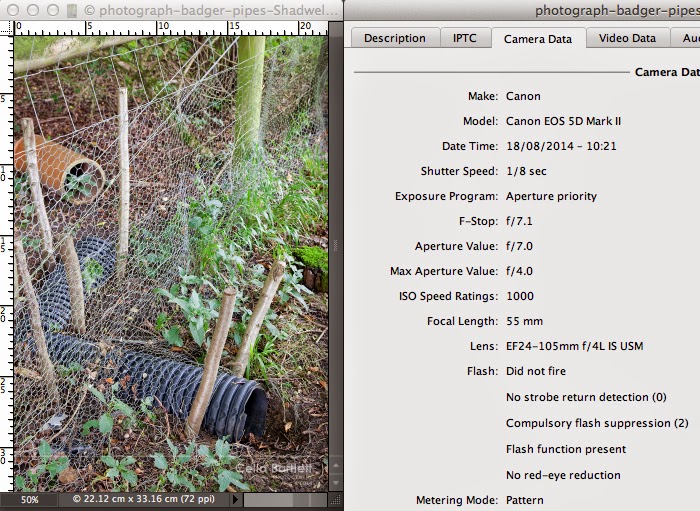