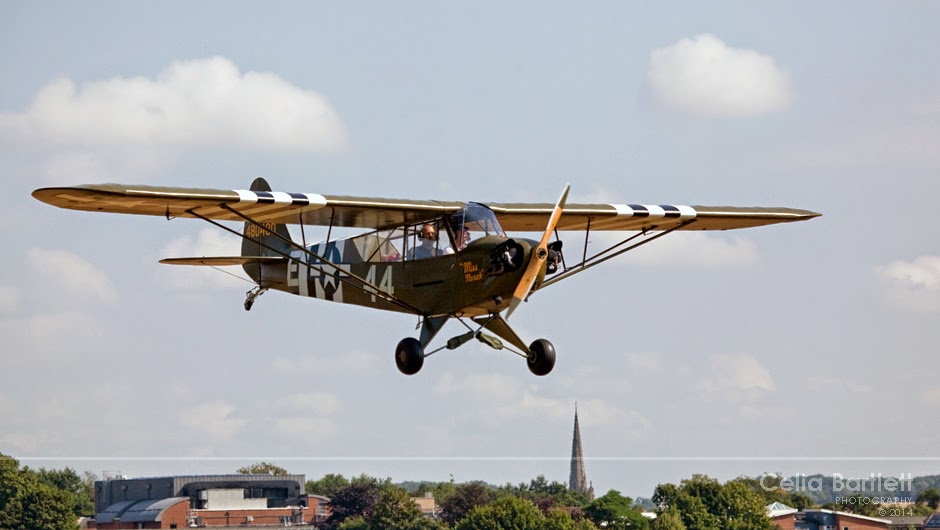 "How about an Aeronautical theme - Audley End or Stand Still both within Uttlesford?"

Within Uttlesford there are airfields at both ends of the spectrum. At the 'big' end we have Stansted Airport (Affectionately referred to by the proposer as Stand Still) and will actually be getting a look in later in the month. Then at the other end, we have an assortment of small airfields, some active, others disused and with many of these small airfields having a wartime heritage. However, my challenge was to be of an aeronautical nature at a small private strip just south-west of Saffron Walden. Audley End Airfield is home to Vintage Fabrics who specialise in recovering aircraft in the traditional manner using Irish Linen and Nitrate Cellulose tautening dopes, as well as refinishing paint schemes and offering aircraft maintenance.

When I arrived early this morning, the hangar was already buzzing with activity and other light aircraft were coming and going. However, my attention was drawn to an L4 Grasshopper - the military version of the Piper Cub, which stood on the apron looking all resplendent in her American colour scheme and with added American touches. Miss Norah, so named after the owners grandmother, (photo proudly displayed in the cockpit) has been traced to being associated with the 37th Infantry Division, going into Normandy in late 1944 as an aerial spotter plane. She has special dispensation to carry the American registration but has a UK call sign, which was used a little more than normal today as she was going through radio checks. 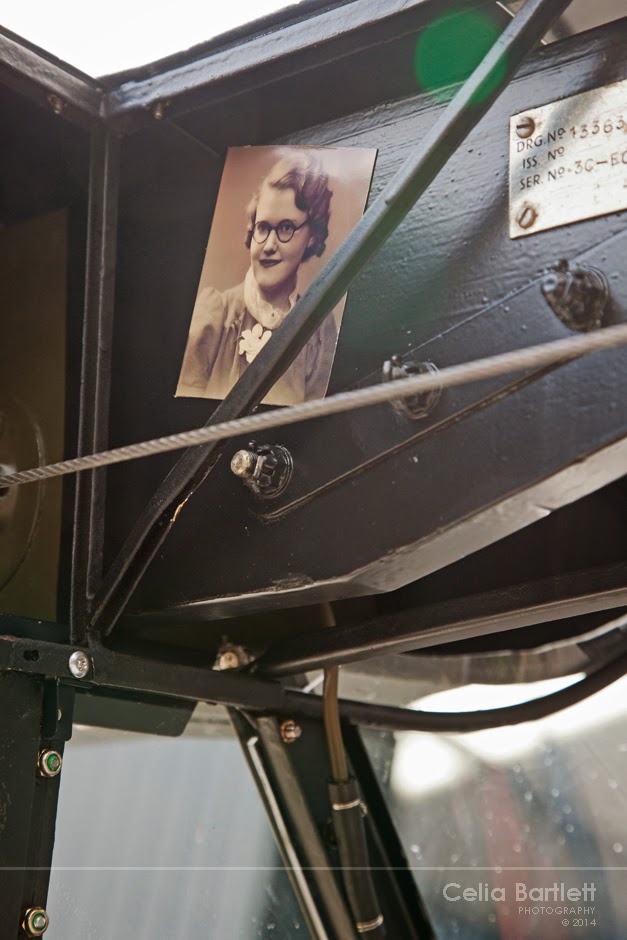 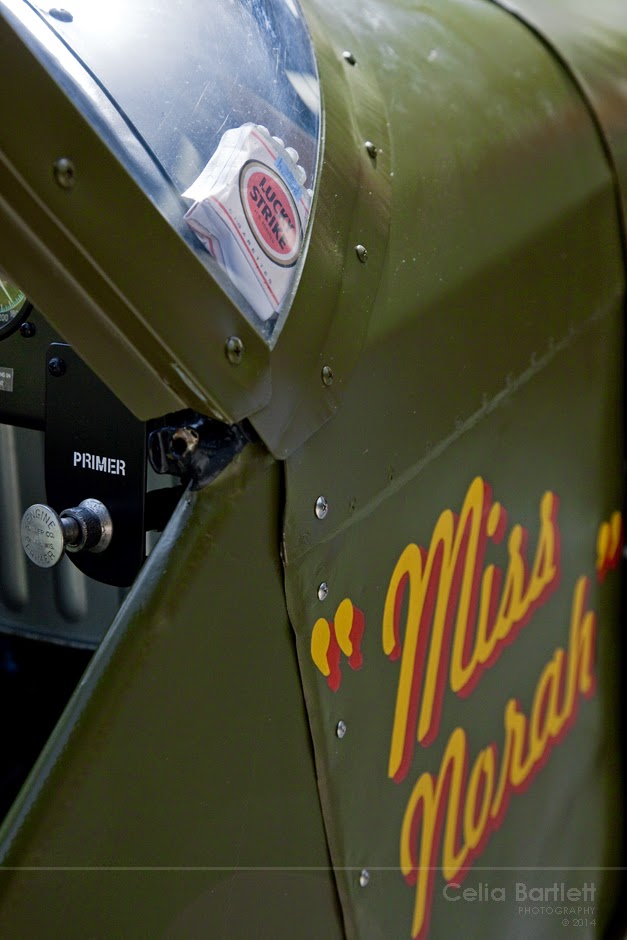 I watched her as she taxied slowly along the grass strip, then not taking very much of that airstrip to actually get off the ground, and off they went to test the radios. Much to their frustration, the newly installed system appeared to have gremlins which upon the return, some adjustments were made, and naturally, a further test flight was required. After a little bit of 'low-tech' refuelling, Miss Norah was ready to go around again, and who went along for the ride this time? 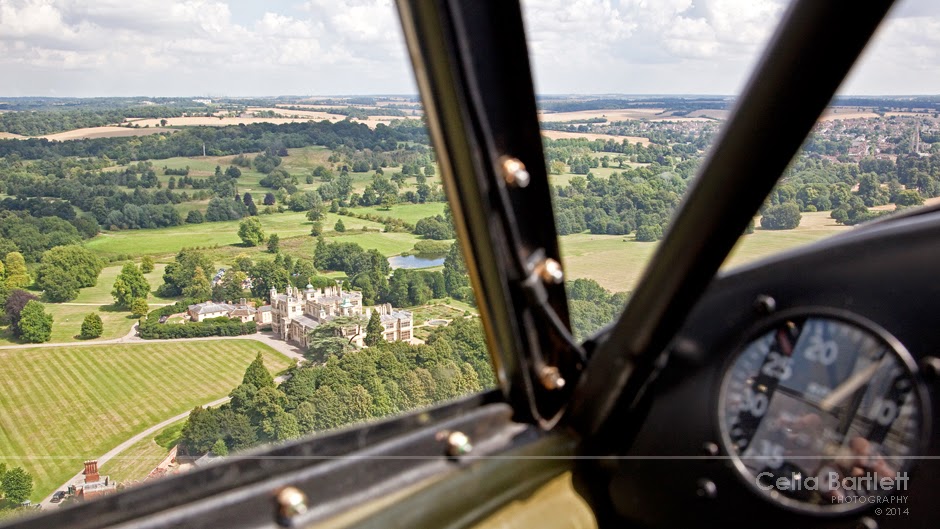 How wonderful to have a birds eye view of Saffron Walden in the distance and the impressive Audley End House, with the park where me and mutt walk daily, seen from a whole new perspective.

Did I enjoy it?

My grateful thanks to Clive & Linda Denny and Pete Woods of Vintage Fabrics Limited who so kindly gave me their time, a flight...and a cuppa (I was very impressed - made in a pot too!) 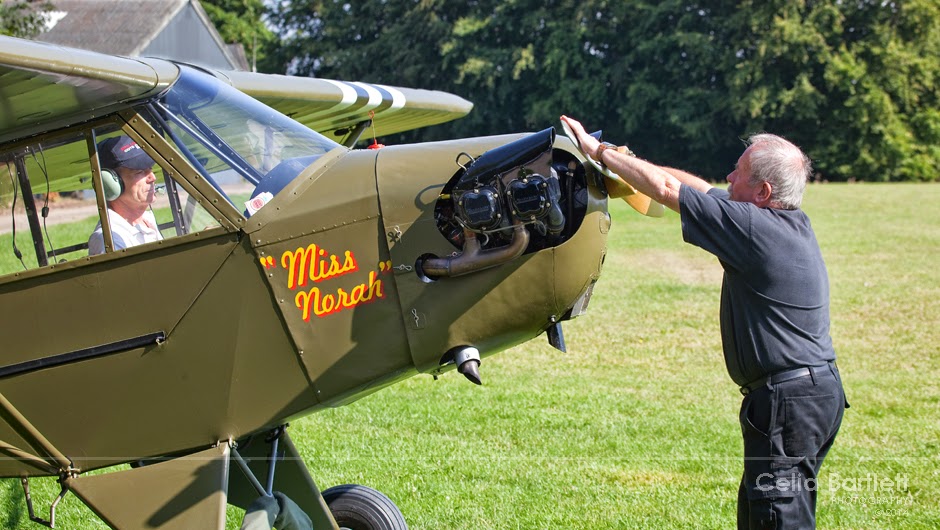