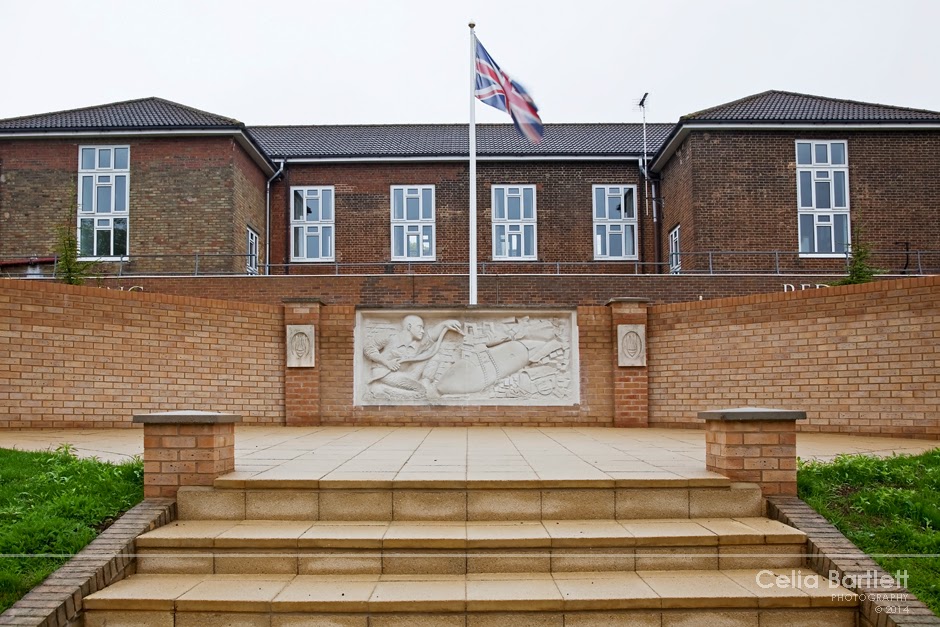 It is not an unusual occurrence to see uniformed army personnel in Saffron Walden yet this doesn't cause alarm amongst the townsfolk as it would in some towns, for we live alongside Carver Barracks as our neighbour. Located on the former RAF Debden airfield, the barrracks are currently home to 33 Engineer Regiment and the 101 (City of London) Engineer Regiment, bomb disposal units. Originally built just prior to the second world war there were a couple of custodians of this base, including the American Airforce from 1942-45 and the RAF, before it being handed over to the Army in 1974. Since then there have been Dragoon Guards, Royal Hussars, and in my time living in the town, the Royal Lancers, finishing up now with the Royal Engineers

Over the years I have been inside the base to visit army friends and to attend assorted events, although sadly in July I missed one big event - the Open Day a great way for the army to showcase what they do, and for the local people to show their support for these brave soldiers. And support they do! For example, on the occasion of the one of the homecomings following a tour in Afghanistan, the town turned out to welcome them back, applauding as they paraded through the town. Sadly though, there was no joyful reunion for a number of families. As with any conflict, there are always casualties.

On a drizzly grey morning, I was escorted, in a perfectly friendly manner, to a place a short walk inside the fence and beyond the guard room (where I had reported at 9am as planned). It was a large square, currently used for parking, but could possibly be turned into a form of parade ground. Around all four sides were buildings, each, I was told, taking the name of a person lost in the course of their duties in Iraq. It brought it home but what I was really there for, was to see the new memorial to all those bomb disposal personnel who had lost their lives in the course of their duty. Still to be completed, the carved stonework panel depicting a sapper in action, was set into brickwork, with two brickwork arms reaching out on either side, in a manner that could be seen as providing one final hug for those whose names are currently being cut into granite panels, and which will be fixed on either side. I asked my military guard, if he knew how many names were to be on the panels and who the artist of the carved panel might be. Not to be defeated, he escorted me to the QMs office where I spoke to an equally friendly officer who filled me in with a little more about the memorial. Apparently the carved panel was commissioned a few years ago and is being re-incorporated into this new memorial. He admitted though that he was equally stumped on the artist and the sad tally of who were to be included on the panels. He felt it his duty to find out for me, and when I am furnished with this information, I will duly update here.

As the Union Flag fluttered above the memorial which stood silent this morning, I couldn't help but stop and think of those who had paid with their lives, in the quest for a peace that may ultimately flutter through, and in a hope it might be appreciated throughout the world.

My grateful thanks to the personnel at Carver Barracks