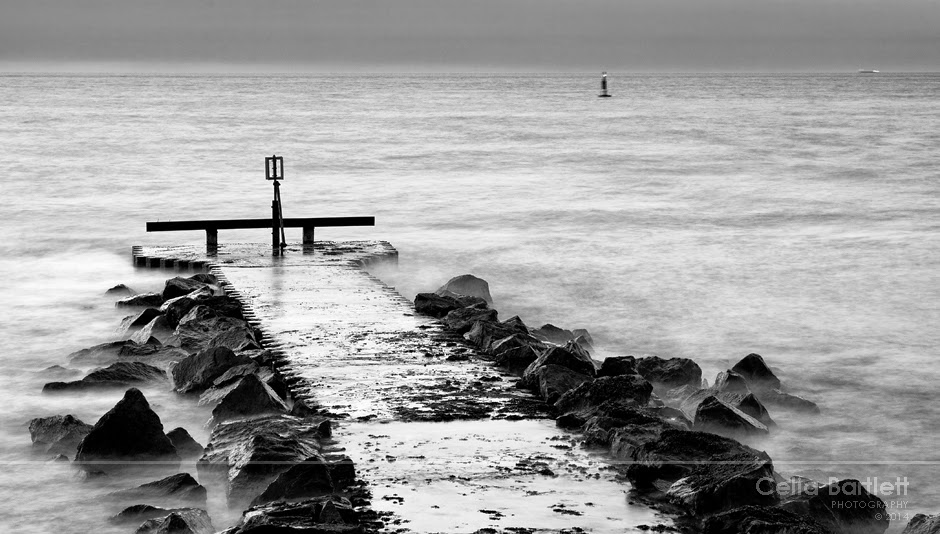 The alarm had been set for a 1.30 am start and we jumped onto the seat of the BMW having wrapped up warm for a through-the-early-hours ride with a fellow biker to make our way to Lowestoft Ness, the furthest east point in the UK. We were aiming to be there in time for the magic hour of 04.29, the official sunrise time for this furthest point of the country on the day of the summer solstice.

Soon after we set off, a small fingernail of a waning moon glowed almost blood red in the sky, and, as we headed east, the moon rose higher in the sky whilst turning a progressively paler shade of orange. As it did so, the light levels also began to lift, revealing the presence of thin cloud, which was forecast for dawn. We made good progress on the fairly empty roads, the commercial traffic being our main cause for the need to carry out overtaking manoeuvres at that hour, and arrived at the much understated Ness Point at 03.30. Having been to this point before, which is hidden away behind an industrial estate, we knew where to go but to any new adventurer, it is a place which is rather difficult to find as Lowestoft somehow doesn't seem too keen to shout about the fact they hold the accolade of the Eastern cardinal point. 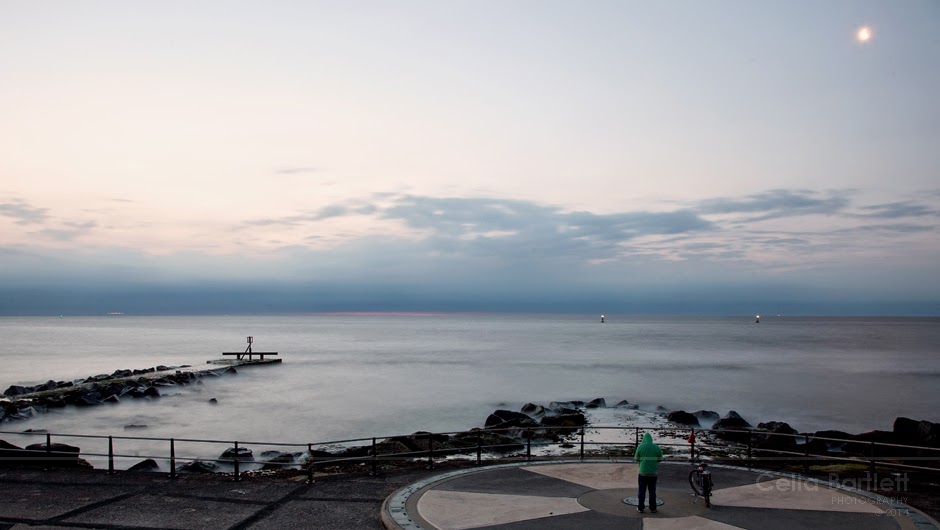 We weren't the first to arrive even though we were almost an hour ahead of sunrise. A solitary cyclist stood motionless in the middle of special ground-based compass point as the sound of the huge whooshing landmark turbine swept the chilly rotations behind us. It was not long before a distinct rumble heralded the arrival of a group of Harley riders, swelling our numbers considerably, these determined motorcyclists being at the beginning of their challenge to see both sunrise and sunset at the extremities of England. Next stop for them, Lands End. 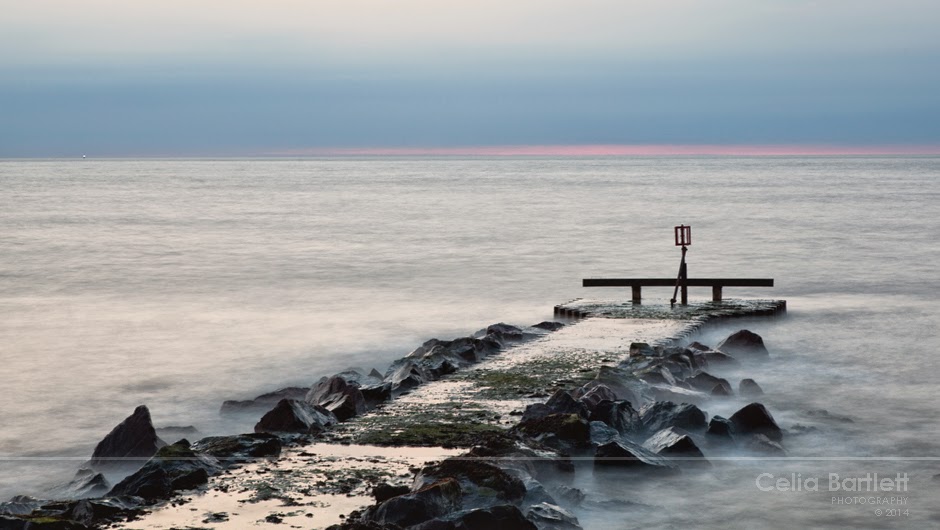 Not for us today though. We all watched and waited as the tiny stripe of glowing red began to divide the grey of the sea from the grey band of cloud which hung over the horizon. This was not going to be a stunning solstice sunrise. 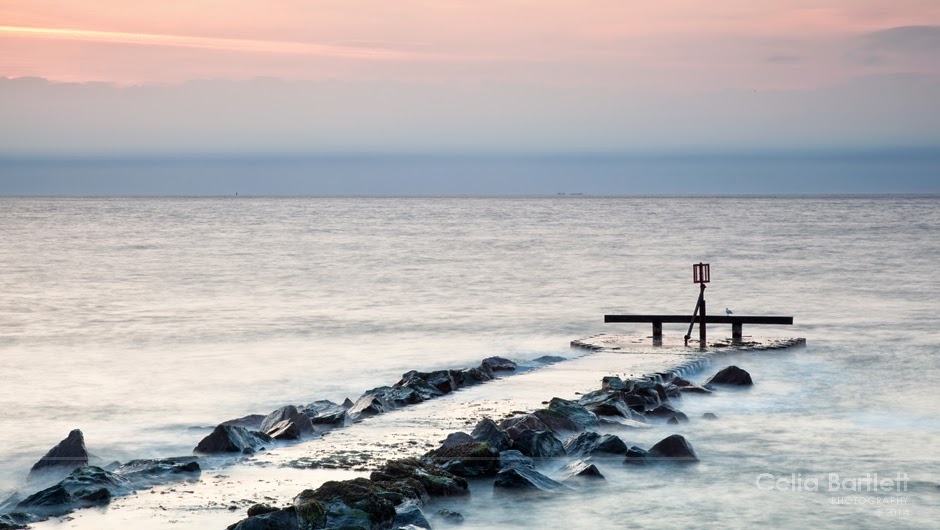 A faint colour wash began to appear in the clear sky above the cloud, heralding the emergence of the sun on this day, which for many, has a significance or fascination. We were there because we could be there, others, because they needed to be there. 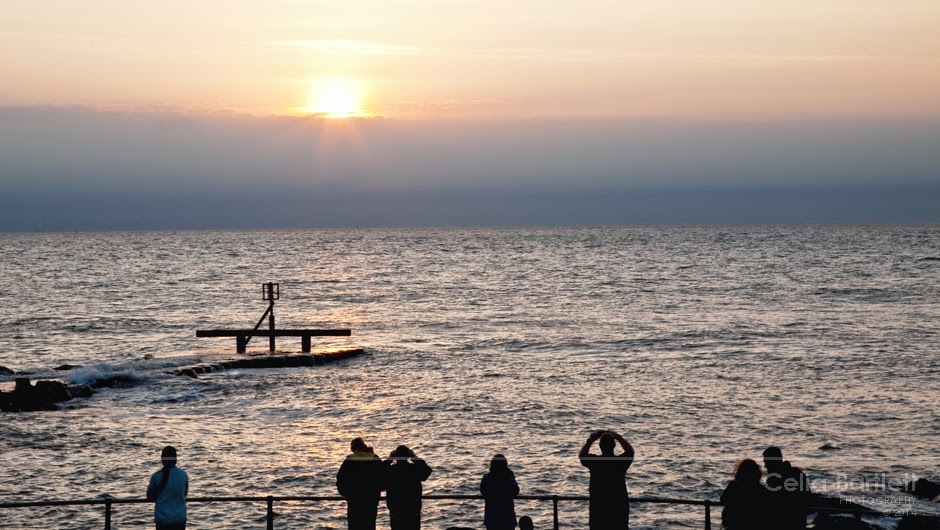 Looking out to the East along with the now sizeable crowd, a passing Druid wished us a happy solstice day as the sun's rays finally clipped the top of the cloud, tinting the gentle waves with a soft golden glow.
The day now well under way, we jumped back on the bikes to head along the coast, where another group motorcyclists were waiting for us to join them for some welcome breakfast.
In sleepy Cromer? Not a chance at that hour, so instead we headed for home.
This was the solstice sunrise over for another year.