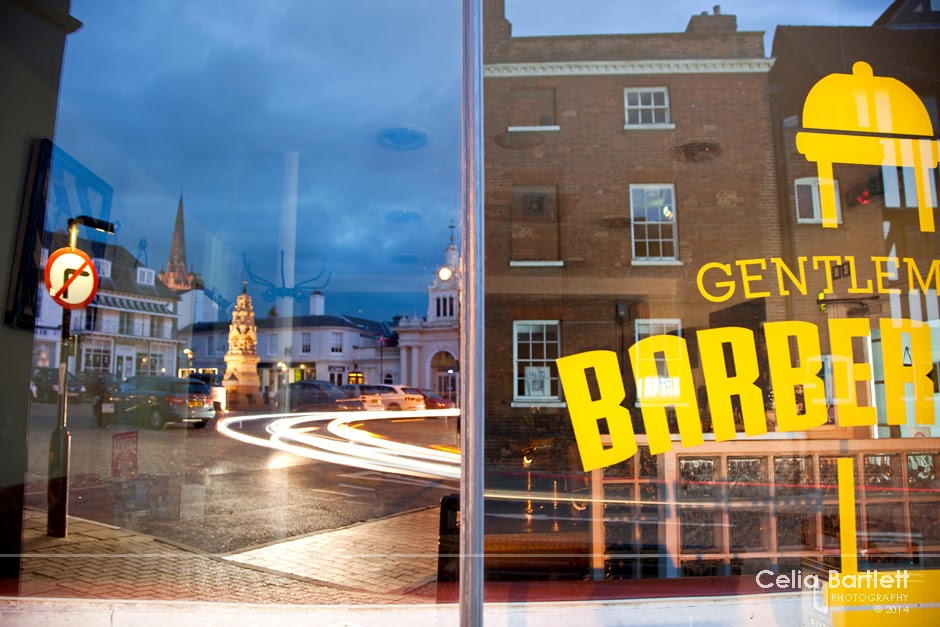 When this challenge came up, I had an image in mind, but I had blogged that particular view in the past, and not being one to want to repeat images if I can help it, I went on the search for something new this evening.

Restricted by other commitments on a Friday, I'm limited to when I can do the shoot, so armed with my camera and tripod, I took a stroll into town this evening, in search of a reflection that would say something. I wanted to be able to show that it was Saffron Walden rather than just anywhere, and so the church was probably going to be a good reflective subject. I also needed a suitable reflective surface. I tried various windows around town as the evening progressed to dusk, but none really cut it. Eventually, I returned to where I had started in the market square, and where I went back to the first window I had tried. By now, the wonderful night-blue sky had descended and the town lights had come on, giving a new dimension to the view. Thankfully the dimensions and angles of the window of the barbers shop meant that there was an interesting perspective to be found of the market square via just one shot - and yet due to the angles, I wouldn't have to be in the reflection. Perfect!

So, on one hand we have the market square with the church, fountain and Corn Exchange clearly in view and including signs alerting car drivers of preparations for market day tomorrow. On the other hand, reference to the reflectively borrowed window and with glimpses of the town hall, and the building housing the Tourist Information Centre, who, incidentally are doing a most splendid job in selling my 'Tour de France in Saffron Walden' books! Copies still available from the TIC or online