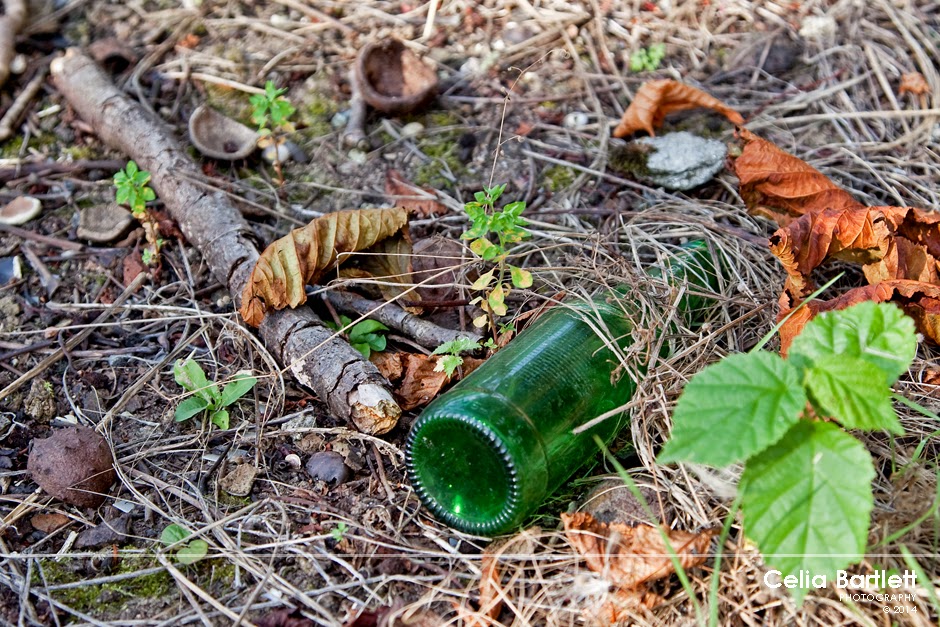 "There must be a blemish somewhere in this Utopia so my subject is "Out damn spot". As to date, how about 6th?"

A blemish? A permanently, ever-moving blemish more like. If there is one thing I hate with a passion, it is littering. It is totally unnecessary and is result of lack of education and respect. However, before I get onto a rant I will explain why I chose litter rather than a specific blemish today. At first I thought 'building' - there must be an eyesore of a building. A factory, office block, carpark, even a house but regardless of how bad I thought it was, the choice would only be subjective. I stood to be challenged with my opinion, so rather than that, I thought...what do many people find an eyesore? Motorway, airport, mobile phone masts, pylons and cables? True, I would have many supporters for these necessities for modern life but that is what they are, trappings or necessities of modern life. Again, I would have those that would argue that they shouldn't be derided. Time to think of something that we would all be agreed upon.

I don't think it could be emphasised any more and with one voice, that litter is the biggest blemish in Uttlesford. In Essex. Indeed, in the whole country and world-wide. It is a sickness inflicted on the wider population by the minority. It is doubtful that it will ever be completely stopped but with a bit of sensible education from the beginning - starting in the home, then we should be able to see an improvement over time. After all, my education on the matter began from the moment I could comprehend anything and have come to where I am today with a feeling of shame and being mortified if a tissue accidentally escapes from my pocket or mutt decides to operate where I am physically unable to pick up. Indeed, it has been known for me to pick up litter on my way around the park. Actually I did today, not to gain any brownie points on here but because a pile of bottles can end up as a pile of danger - for creatures getting stuck inside and also to paws. Sadly, litter extends far wider than this. Only this evening, himself came home to say that there was a burned out Landrover way over in the middle of a local field, and the issue can be even bigger still. 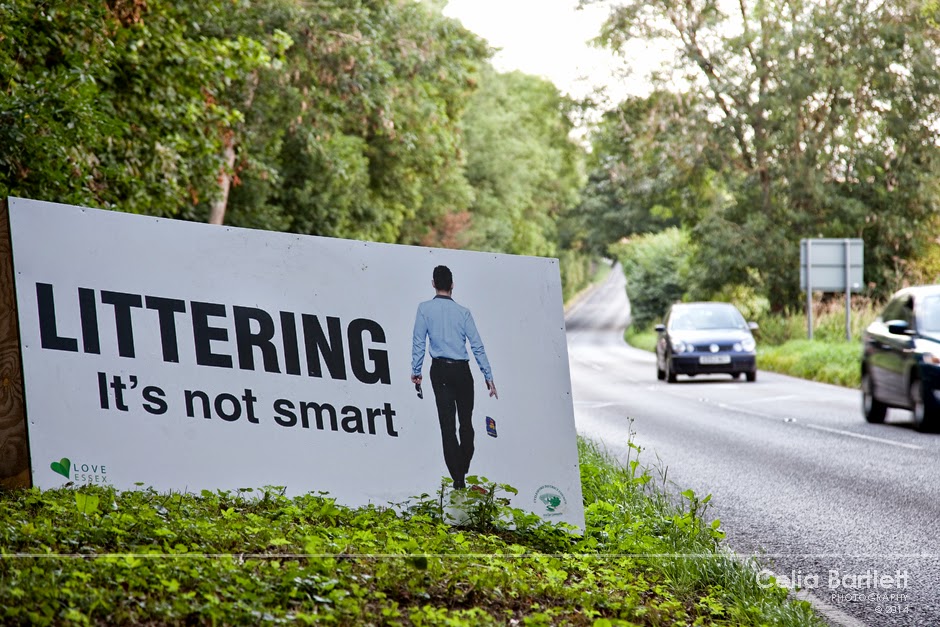 Needless to say, I am fully in support of a campaign, currently being run by Uttlesford which is against littering. Banners have appeared at strategic points on the main roads in and out of town, with this one being less than a mile from Saffron Walden. I have to say, it is either already working or there are those who are still working tirelessly to keep our local environment looking smart and tidy. Whichever, the verges and laybys were remarkably empty of litter when I specifically went looking for it to illustrate this post - and long may that continue. I have to add that The Common in Saffron Walden was also free of the litter pox which normally blights the grass on warm days such as these. I can only put two and two together here but I had also noticed that school is currently out. This perhaps goes to reinforce my point - education from a young age. Yes, the community and schools can do their bit but truly, it has to start from home.