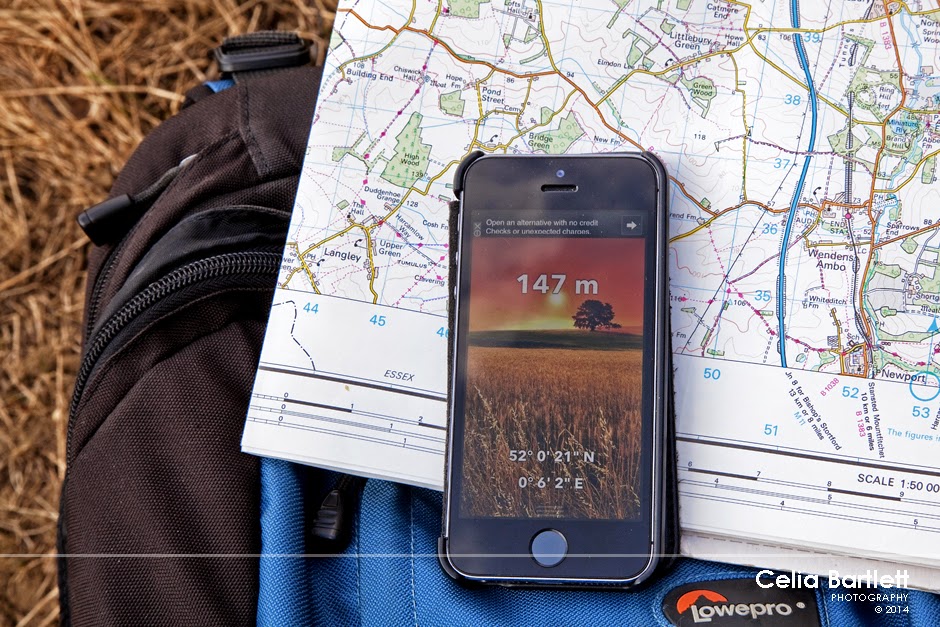 Well it may not be so interesting to you but I just wish I could have shared the excitement of starting from base camp at 73 metres and rising to the heady heights of 147 metres. Today I was in search of the highest point in Uttlesford, and indeed, in Essex.

When the highest point was suggested, I could have interpreted it in a number of ways: perhaps the highest point in terms of buildings, such as the highest church spire. Or maybe the highest point in terms of geo location. I chose the latter, one reason being, in thirty years of living in Uttlesford, I hadn't actually been there myself. (This is what I love about these challenges. I am doing things for you so as to 'learn something new every day' as well as doing some things for the first time myself.) Off I set with my kit, a map and a newly loaded app to confirm the altitude. How did I know where to go? Well it seems that finding the highest point in any county is an activity for walkers and a very useful website threw up the location just about a mile north of Langley church, the point which is conveniently situated on the Harcamlow Way, a regional long distance footpath. To be precise, on the red diamond tucked in the corner of a field to the west of High Wood (appropriate name), and surrounded on three sides by trees (not so great for a stunning vista).

So, late this afternoon, as I walked the path alongside a ripened wheat field in the sunshine, I was able to enjoy the sights and sounds of the countryside. A combine, harvesting a nearby field, a buzzard keeing overhead, green woodpeckers searching the ground for food, dragonflies flitting along the field edges, butterflies, bees... all happening under my nose. As I said, I just wish I could share the excitement - and anxiety! Suddenly the mobile signal disappeared. A disaster as I wouldn't be able to prove the location and height any other way. Thankfully, with a little bit of waving my arms around like a mad woman, the app kicked into action. 139 metres...142...145...146...150 Wait a bit, 150 metres?!! I think the app was getting a bit over excited as the spot is declared at 147 metres. Then, just as I needed it, up came 147 metres. I hastily snapped the moment before the gadget could change its mind again and looked around to see if there was an interesting view I could show you of the spot.

Sadly, the view wasn't so great so I hitched my kit up onto my back and cut through a thin strip of woodland where a herd of deer scurried through the trees in front of me. As I emerged onto the other side of the wood, the sky was just beginning to look heavy over the little church at Langley. Although I know it is likening it to the wrong county, there was a touch of Constable about the view and I stopped to capture the moment because of its simple attraction ...ok, and to provide you with the image for the day that isn't boring! 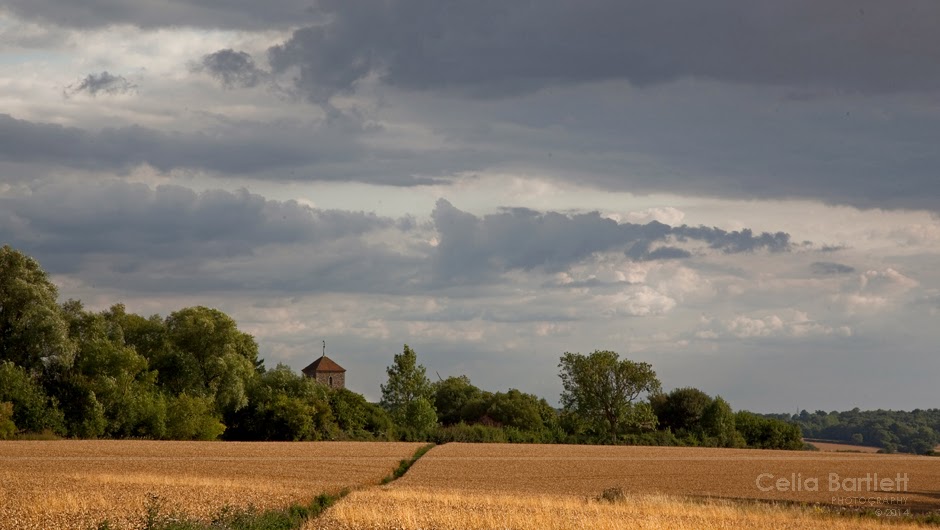