Suggested by Nigel via blog 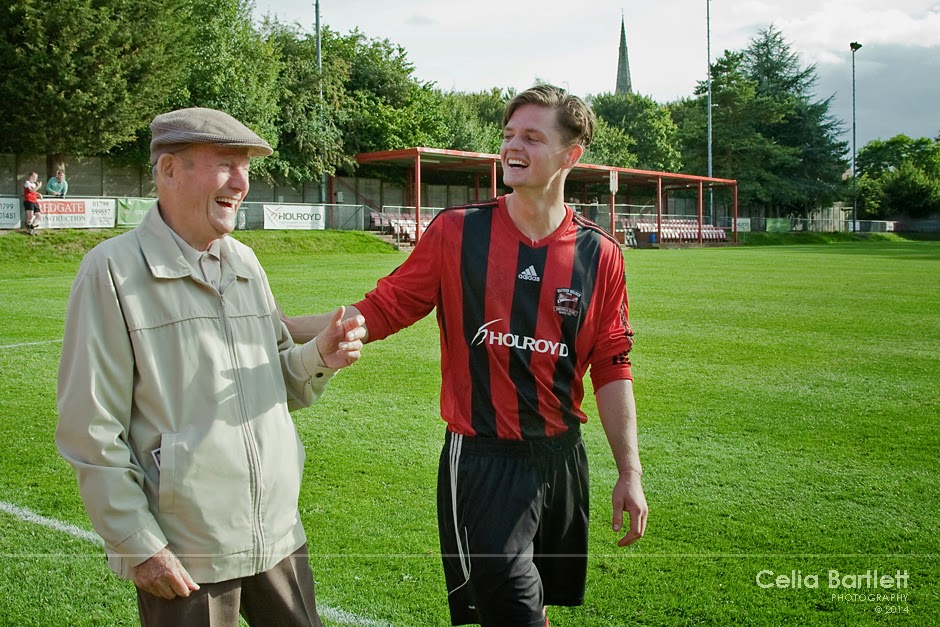 "It used to cost sixpence to come and watch me"

"Well it costs a fiver to come and watch me now - I guess you had better go and ask for your money back after today!"

That was the conversation between a past player, Sid Boyton and current no. 3 player, Jamie Solkhon as they chatted at the end of the FA cup match at Catons Lane this afternoon. They may be separated by age but they were certainly united in their love for the game of football. Both playing the same position, they started discussing football boots.

"Bet you would never wear a pair like this!"
said Jamie as stood on one leg flashing a day-glo yellow boot in front of Sid.

"No! I went into a shop where I was shown a pair that were something special, nice supple leather. At (what is now) £7.50 that was more than a weeks wages to me. Do you know? I still have those boots and they are as good as ever!"

Sid, at 88 years young and life member of The Bloods, admitted he isn't able to get to as many matches as he would like as he can't manage the cold any more. It was just as well it was a pleasant late summer afternoon for him to enjoy the match today. This fine weather also brought a great turnout of supporters to the gate, where the sign 'The oldest club in Essex. Formed 1872' proudly reminds both home and away supporters alike, as they pass through the turnstiles to pay their fiver. 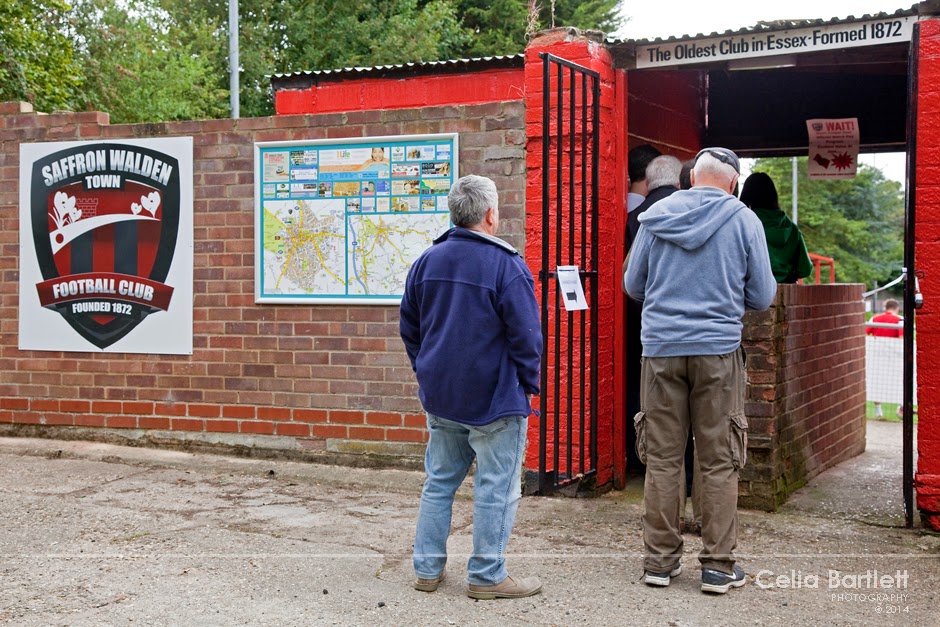 I can't comment on the standard of the match today, as my knowledge of football is...well, pretty sketchy. I know when a goal is scored (and there were four of those today - well sort of. 1 score each and 1 disallowed each). I also have to admit that this is the first FA match and even, the first live football match I have ever been to. I thought I might feel ready to go home at half time but something compelled me to stay and watch my home team in the hope they would maintain their early lead and go on to win the match. Sadly it wasn't to be and the disappointing draw result means a mid-week replay for all the lads. I'm not sure Sid or myself will be making the return trip to Welwyn Garden City, but I'd like to wish The Bloods "Good Luck!"