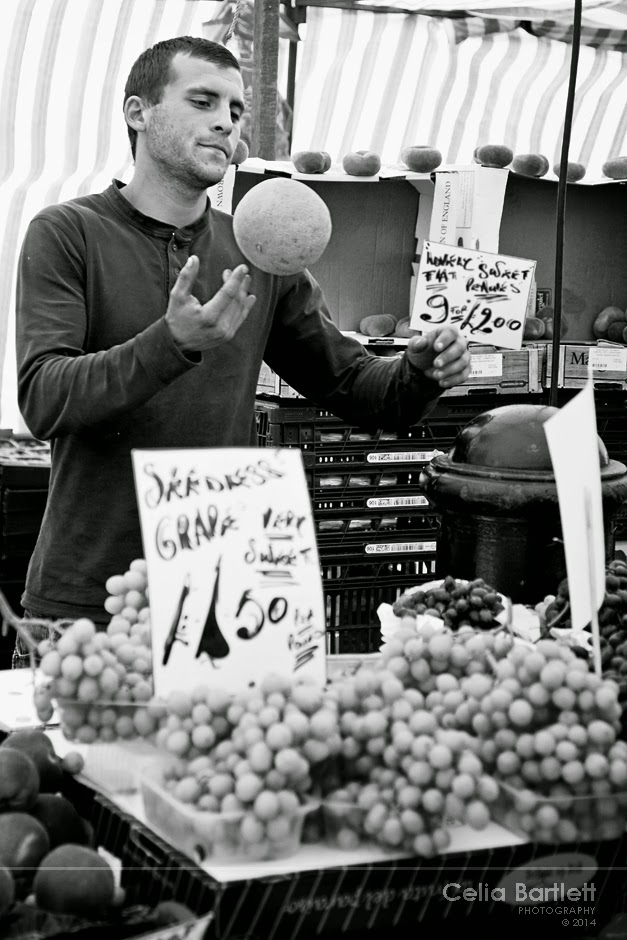 Last night I posted a shot of reflections in the market place, showing the parked cars that would have to be gone by the morning, and so it is quite appropriate that I was back in the transformed and busy market place today for my
Day 16 shoot.

The market square was bustling with lots of pedestrian traffic and to one stall in particular.
The fruit and veg stall stands out not only because of the volume of bright displays of seasonal fruit and veg but because of a character that everyone has come to know. Aaron first started helping out with the packing up of the stall after school as a youngster, progressing to Saturday boy, and now becoming a fixture. So why does he stand out above the rest of the crew working the stall. Well, back in 2008, Aaron gained notoriety for being too loud! Yes, his market calls were apparently not appreciated by some and sadly a complaint was made. Needless to say, he had a lot of support from those who felt his calls of "Bananas in pyjamas" and "Move your legs, your body will follow" were all part and parcel of market life. Thankfully, nothing more seemed to come of it and Aaron is as large as life today, calling out the price of 'straw-be-rrie-ies' as well as his more unusual lines that have now almost become his catch-phrases.
Here is another one...

In the whole scale of things, Aaron (captured in a rare silent moment in the image above) is a very recent addition to the life of the market in Saffron Walden when it is considered that back in May, celebrations were held to mark 500 years since Henry VIII granted a Market Charter to this Uttlesford town. This meant that no other markets were allowed to be held in the vicinity of Saffron Walden, by which, the nearby village of Newport had to relinquish the right to hold their market. Indeed, the name Saffron Walden was preceded by the name Chipping Walden, chipping meaning market, and indicating the status of the town (it was later renamed as a result of the saffron production). In recent years, Saffron Walden market place has had a make-over with events and parades also being held in the market square at times throughout the year. Meanwhile, the number of market stalls has increased and spread into King Street, making the Saturday and Tuesday feature quite an event. 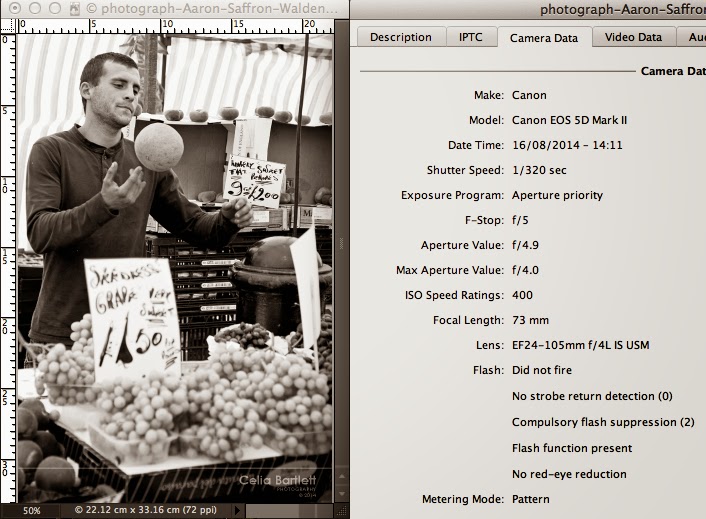