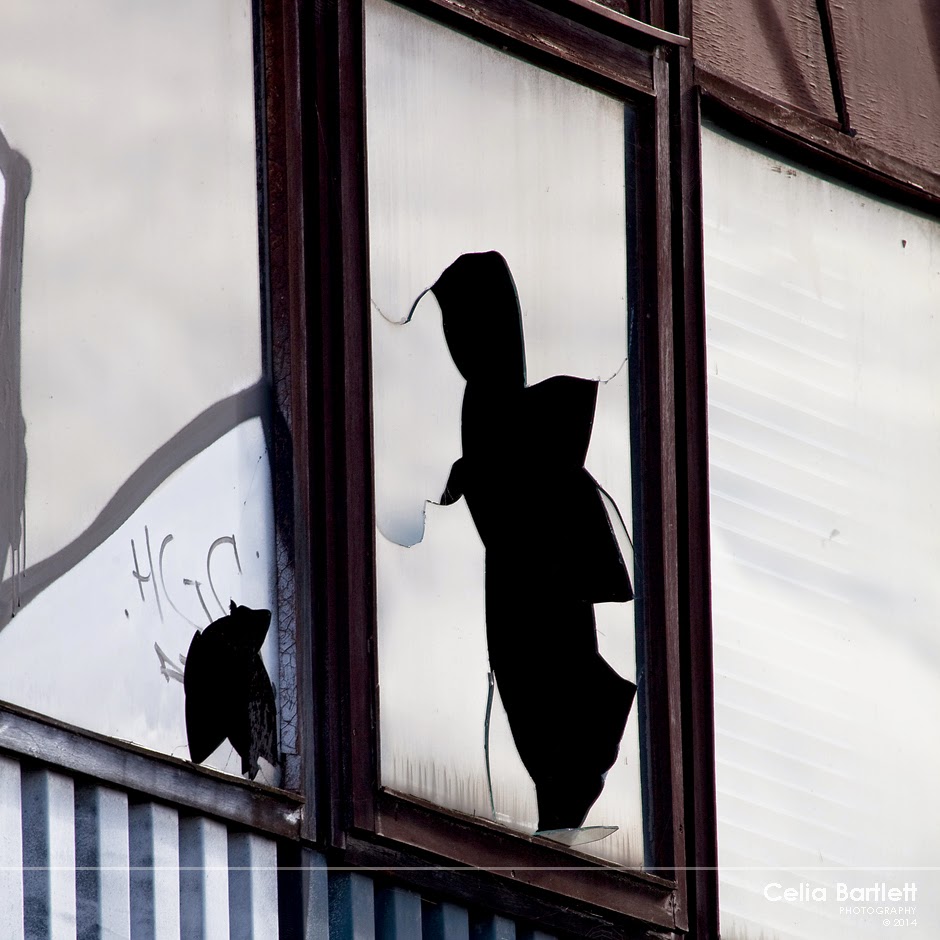 
"An ugly building in Saffron Walden which becomes beautiful because of the way you photograph it?
the ugly building. Like the factory opposite tescos..." 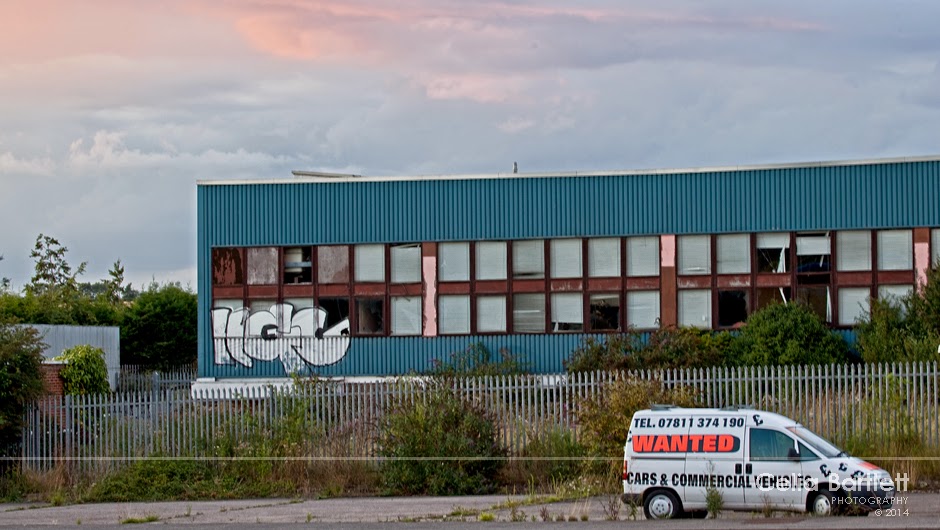 OK, so I admit, apart from Photoshopping it out of the image, this eyesore of a building that most of the population of Saffron Walden look at on a regular basis, is never going to be made to look beautiful as a whole. In fact, if I hadn't have used litter for my Day 6 "Blot on the landscape" then this would have been the one to feature for that day.

I dropped by this morning, prior to my trip up to London to see the "The Tower Poppies" amongst other things, but mutt had decided to do her usual thing on a day when I am restricted by time - she runs off, and so, my attempts at solving the beauty issue this morning were mutt-limited to a hasty 10 minutes - definitely not long enough for this makeover! However, upon my return from my London visit (and wow! were those poppies something? A blog for that soon) I swung back to the spot I had been to this morning. The light began to turn to the warmer colours of a sunset and I hoped there might be some nice reflections to be had. Sadly, the sun wasn't in the best location and so another approach was needed.

For the third day on the trot, it seemed as though a bit of trespassing might have to be contemplated but in the end, I was able to stay outside of the anti-trespass fence (it was like déjà vu - just a more substantial deer fence) My approach was to be, if I couldn't make the whole building look good, then I should focus on just a little bit that might look good in its own way. I tried framing the rampant self-seeded buddleias with the the forms of the broken windows. I looked at the glittery patterns around the exposed and rusted wires of the broken 'georgian glass'. I studied the shadows of the fire escape on the profiled tin walls. I looked for beauty in the decay. And then I saw it. The shape in one particular broken pane of glass appeared to resemble the form of an angel. A slightly deformed angel, I grant you but it made the windows take on a different form. The window to the right of it was still intact and the stripes of the venetian blinds were just visible, creating a pattern in the panel. The window to the left bore the spraypaint of the graffiti and the tag of the 'artist', creating another patterned panel.

Here, whether you appreciate it or not, was a triptych to the beauty of decay. 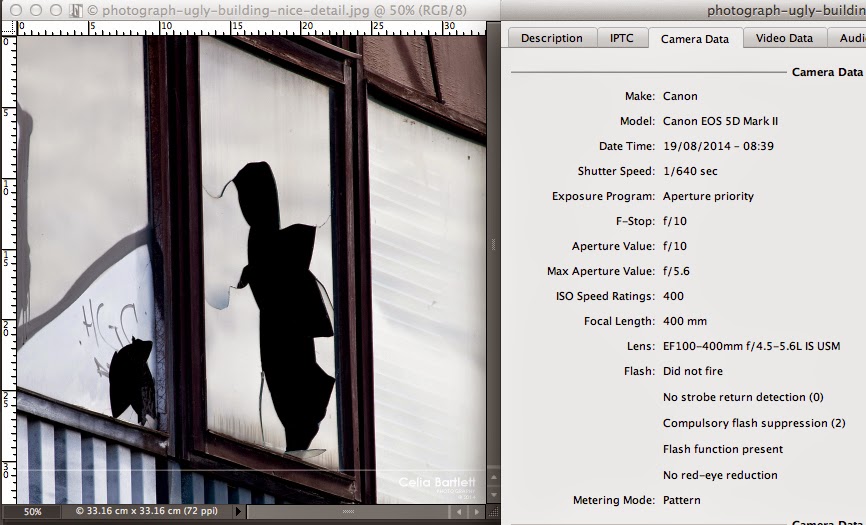