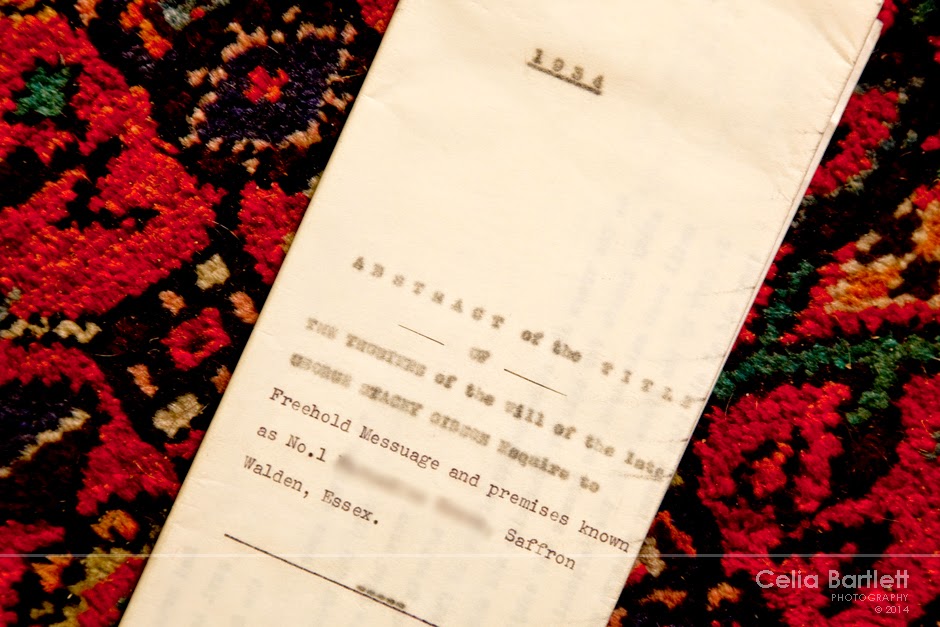 "If you aren't doing a specific one on the 14th, a homely/family theme as that'll be to the year I came home from Venezuela. Not directly related to Uttlesford but I'm sure you can relate it!"


Home and family. Whilst this document doesn't look very much, I feel it relates on both points.

We moved into our current family home almost exactly 21 years ago to the day. It is a red brick, Victorian semi in a quiet road alongside where the railway used to run through the town of Saffron Walden. It has been the only home that our now grown-up offspring have really known. Whilst they were at school, they both had a time when they did a spot of Victorian studies - trawling the town for evidence of the era. I recall a remarkable moment when I had returned home with the eldest, armed with a memory disc of images (one of those old 3MB ones!!) and as we flicked through them, himself commented that we had taken a picture of the gable on our own house. No, we hadn't actually, it was a picture of the alms houses in Freshwell Street, built by George Stacey Gibson a prominent Victorian philanthropist. He was one of a large Quaker family who was involved greatly with the town, including being town mayor twice.

That revelation got me thinking at the time - if the gable and style of the houses in Freshwell Street were similar to ours, then in all likelihood it was the same builder (and actually, an advanced builder for his day as unusually our Victorian house is of cavity construction). The person who commissioned the builder was therefore probably the same. When we bought our house, we were fortunate enough to have been given all of the deeds as they were by then, surplus to requirements due to the Land Registry system. These documents were both fascinating and precious to us, giving an insight into what had gone before in the life of this property and for which we are only temporarily custodians. Sure enough, a transcribed document from 1934, the date when ownership first transferred into new hands, revealed that the house was part of the estate of George Stacey Gibson

Thus our family home was built by a member of a prominent town family as a home for the benefit of families of the Victorian era.