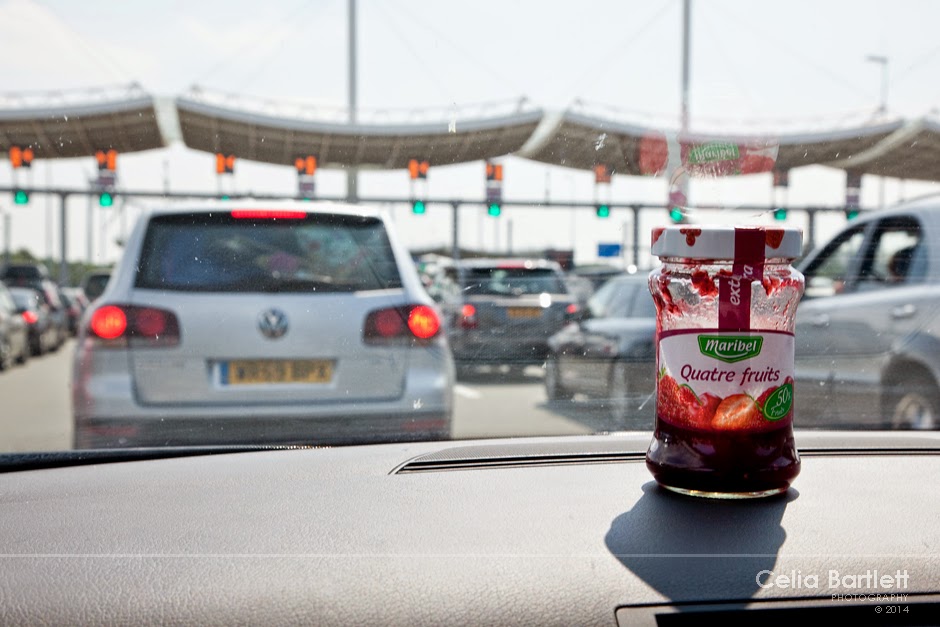 When this challenge came in, I knew exactly the reason it had been proposed and thought, not a problem!

When we moved to Uttlesford nearly 30 years ago, we discovered a local delicacy - Elsenham Jam. Once advertised as "The most expensive jam in the world" it certainly was a fine product! Frequently the fruity fare was taken back as a gift when visiting far-distant family members, (including this particular challenge proposer) and was fully appreciated by all who sampled it.

Originally set up by Sir Walter Gilbey in 1890 (a member of the Gilbey family known for their wine and spirits business), he used fruit from his local orchards to produce Elsenham Jams which, at the peak, were being sold to 35 countries. They also produced the more exotic 'Gentlemans Relish for over 100 years. A number of years ago, the factory moved from the current location on the outskirts of the Uttlesford village of Elsenham and since then, the fine product has sadly disappeared.

"Not a problem!" I said. Well, actually I was going to be in a bit of a jam with this challenge as I couldn't even find an old Elsenham Jam jar in our garden shed, let alone visit the factory to photograph the jam production, which at this time of the year would be in full flight with all the seasonal soft fruits. It is all a bit sad really. The problem now would be how to fulfil the brief for which I knew the reasoning behind it.

As many of you will know, I have been on my 'Tour of France' with the first two days of this August Challenge coinciding with the days we were travelling back to the UK, and for which a proviso had to be made regards images being taken within Uttlesford. However, both yesterday and today have had an Uttlesford connection and today, I have successfully been able to get myself out of a sticky situation. Thinking ahead, I saw an opportunity for "In a jam" to be a useful link between French travel and Uttlesford, and my plan did actually come to fruition (excuse the pun). Despite the unusually traffic-free, holiday-season motorways of northern France today, I guessed there would be one particular place where I would find myself "In a jam" - Eurotunnel check-in.

Sure enough, I had ample opportunity to whisk out the remnants of a German produced, French labelled jar of "the cheapest jam in the world" from Lidl (hangs head in shame for not buying a jar of lush French artisan confiture) and to be jammy with the strategic placement, to reinforce my position of being "In a jam" of the traffic sort, whilst waiting to get through the 'Chunnel'


(Back to Uttlesford for real, as from tomorrow!)