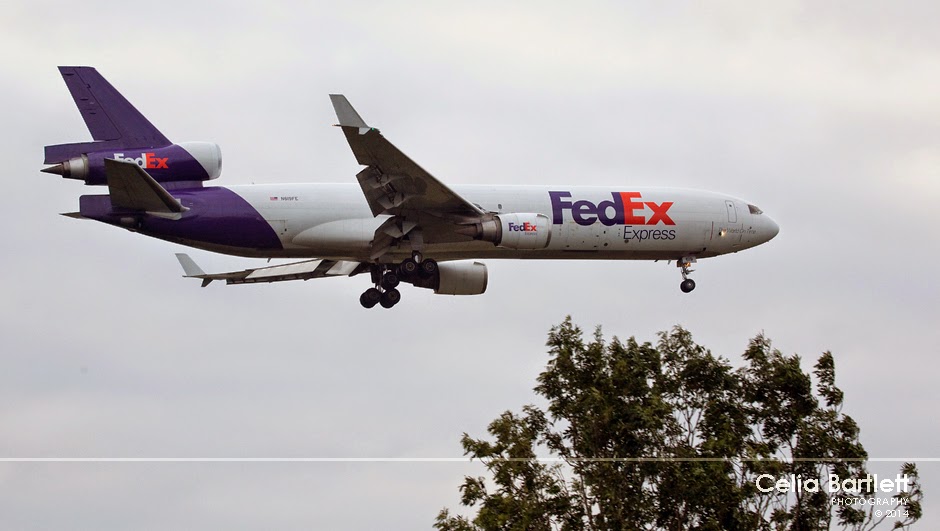 Well, I have to admit, this was certainly going to be a challenge (as well as fun), as to start with I would have to find out which flight it might be. Thankfully, the cat was let out of the bag a little so I guessed it was a commercial flight rather than a passenger flight, FedEx being my first hunch. With a bit of digging around online, it was possible to find out where FedEx flew and it was clear that it was a flight to the American continent that was possibly going to be the winner. A closer look revealed that FedEx2 out of Memphis was measuring up to be the longest with a distance of 4381 miles and a time of 7 hours 38 minutes. I was on to it.

Next would be the tracking to ensure I was in the right place at the right time. Now that bit was easy as once I knew which flight I was looking for, there were several apps available which tracked them. I chose to use flight tracker and first thing this morning, I logged on to begin my watch.

At several times throughout the day, I checked the progress and it appeared to be not too far off the scheduled times. My next plan was to decide on my spot to capture the shot but this was dependent on which way the planes were taking off and landing. Having taken shots of important arrivals at the airport before, I had a shot in mind and set off with my trusty photographer's assistant and my new assistant in training (aka my visiting big sis). As we made our way towards Stansted Airport, it was clear that my hope for the planned shot was going to be thwarted as the planes were landing at the Stortford end. Not for the first time this week, plan B was put into action.

Killing two birds with one stone, we were able to walk mutt along the old railway line - now The Flitch Way footpath and bicycle trail, which conveniently took us right under the flight path of the approaching planes, but this wasn't a good enough spot. I knew it was going to be a scramble up a bank to a raised spot I had used previously as a plane spotting vantage point. What I hadn't planned was slipping back down said bank into a crop of tenacious burdock, much to the amusement of my assistant in training. Undeterred, I pressed on to the spot, my jumper and worse still, my hair being full of burrs. (What I do to carry out these challenges, heh? And I have to say, the burrs certainly do what they are designed for!)

Setting up my kit and checking the app on my phone, I knew it wouldn't be long before the plane was due (and hopefully the one the challenger had in mind). We watched as the various 'low fares airlines' followed in one behind another, and then I had the alert from my assistant in training - "Plane coming!" Sure enough, it was sporting the colours of FedEx and I had just this one opportunity to accomplish my challenge to photograph the plane.

It was odd to think that I had tracked this very plane since it had left in the early hours of the Memphis day and now here it was, close enough to see the crew in their seats. As it came in on final approach, I was able to prove the moment with the landing gear down and verify the plane as the registration was clearly visible on the side of the aircraft. And to corroborate that, the screen grab proved the time (give or take my camera being out by a couple of minutes). So I would like to think it was a clear case of 'Mission Accomplished!'

Oh, and I might just keep on my assistant in training, seeing as she very kindly removed the burrs from my hair!

My thanks to Addo for apps suggestions and Gillian for being the necessary hairdresser.
Posted by Celia at 26.8.14