Saturday 9th July 2016 once again saw the ancient Flitch Trials take place in Great Dunmow, Essex. Held every leap year, five couples or 'the claimants' (who have to have been married for a year and a day) are put to trial in an attempt to determine that they have "not wisht themselves unmarried again" during that year and a day. If successful, the couples are awarded a flitch - a whole side of bacon.

The evidence is put to a jury of 6 maidens and 6 bachelors, with counsel for both the claimants and the flitch, whilst the proceedings are overseen by the Flitch Judge. Once awarded, the couples are paraded through the town on the Flitch chair before taking the Flitch Oath whilst kneeling on the 'sharp stones'

This was the first time I had covered the Flitch Trials and I was hoping that I would be able to enjoy the whole evening, from the back of the marquee where the press were allowed, without being interrupted by the vibrating buzz of my phone in my pocket. You see, I was expecting news, and at least from the back, I would be able to slip away easily if I needed...but more of that later.
Do scroll down through the pictures to see if I did indeed make it through to the end of the evening. 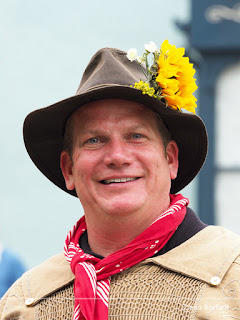 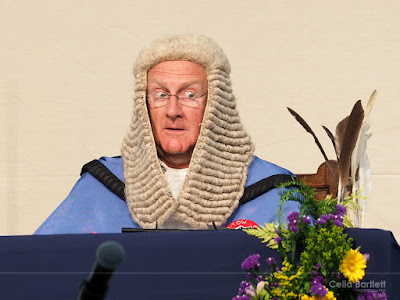 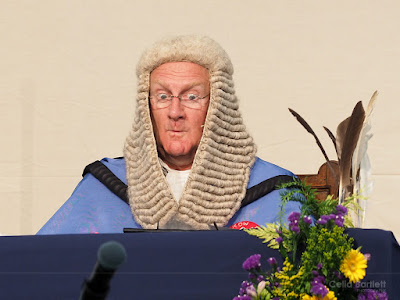 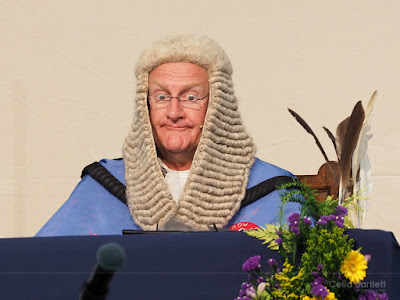 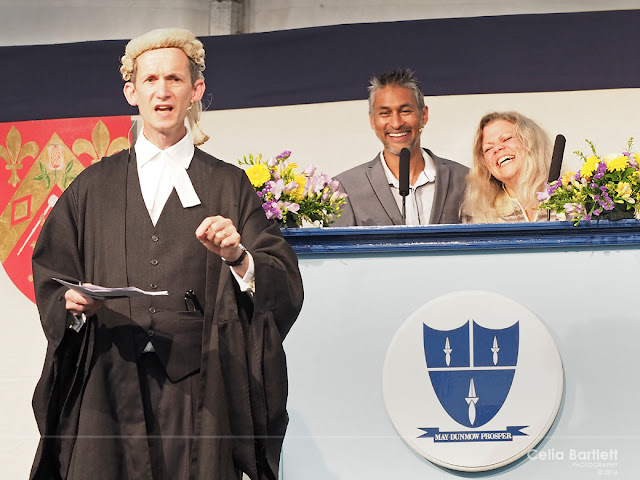 First couple for the night were Mr Mohammed Mizan Sabur and Ms Emma Marcus who were questioned about their desire for bacon even with their (non-practising) Muslim and Jewish origins.

Once the foreman for the jury had been teased by counsel for the claimants, for his Orville impression, he was allowed to deliver the verdict... 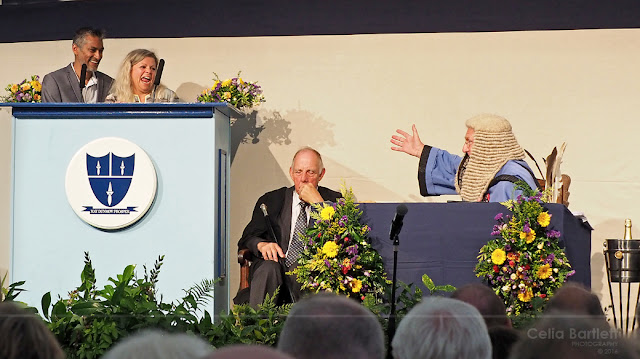 ...a majority verdict that the couple should be awarded a flitch... 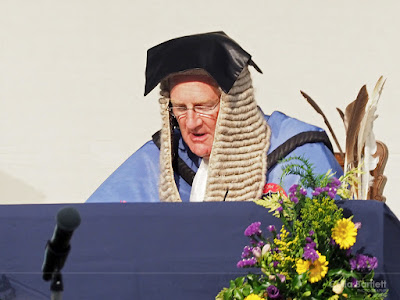 ...the judge became a little confused as to what sentence he was passing! 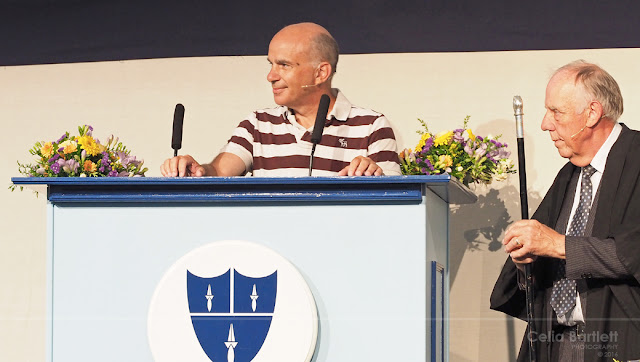 Second couple for the night were...but where was his wife? 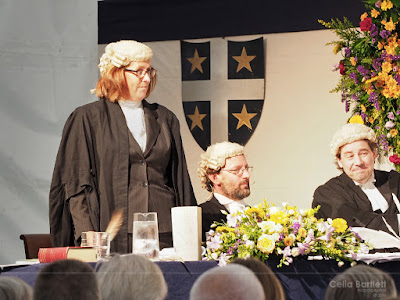 On the counsel bench! This created a bit of a dilemma 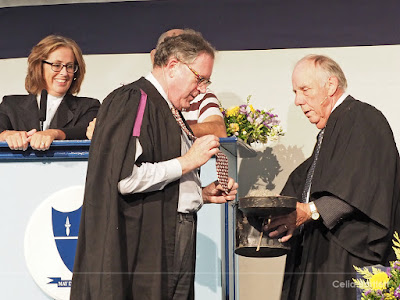 Until retired judge, Michael Chapman stepped up into the vacant role, whilst proudly showing-off his tie covered in pigs! 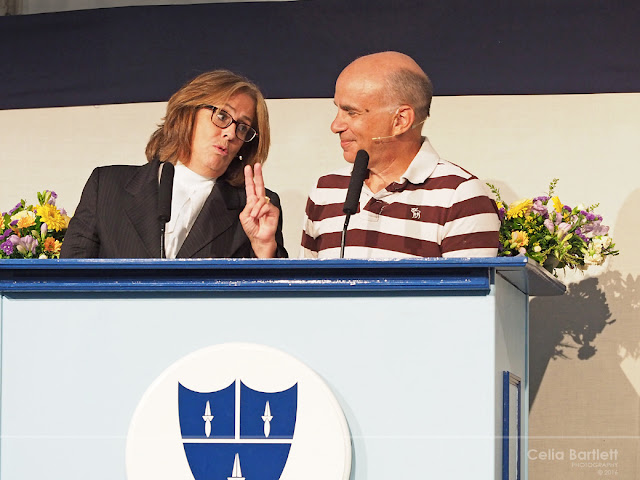 Couple, Dr and Mrs Parkes (aka Caroline Bradley for the counsel) discussed how on their skiing trips, that she had twice been transported down the mountain in a body bag. 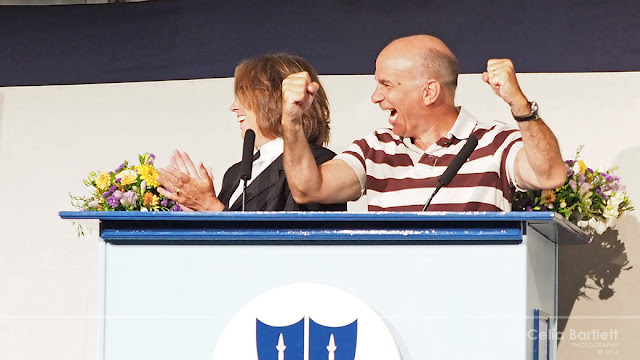 A majority verdict was reached that they too should be awarded a flitch. 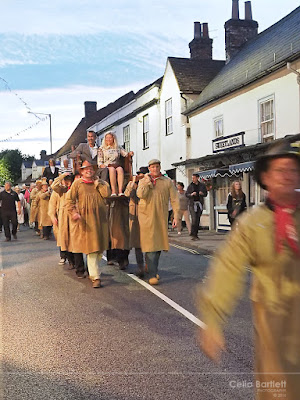 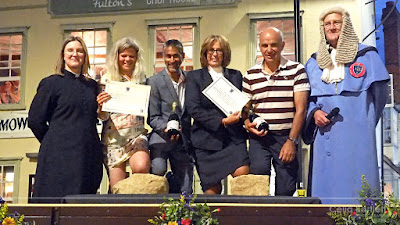 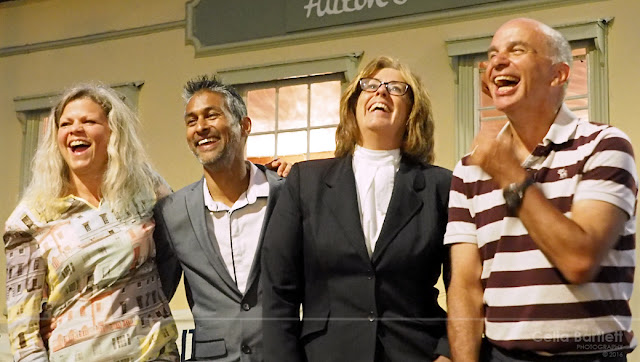 So, until 2020 when more couples will put the strength of their marriage to the test, in public... 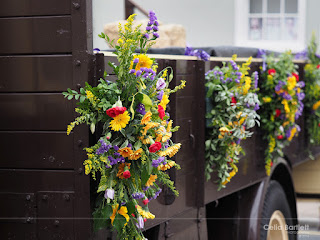