Challenge - "Why not "the number seven"? Any day.. interpreted how you like..."

Suggest by - Joe via blog 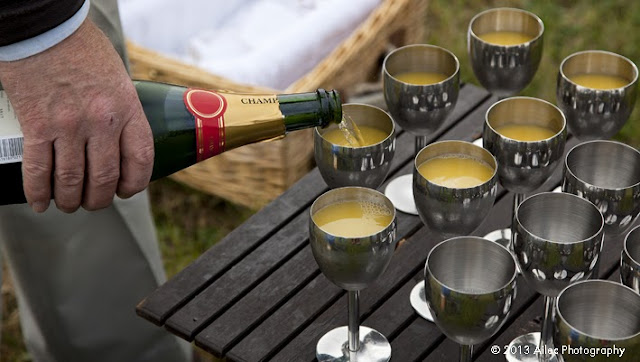 When I got up at 4.30 this morning (again!) I had nothing in mind for seven. I was going to go where the wind took me - literally!

The early start was to go on a balloon flight, kindly bought for us as a gift from our newly-weds. Booking ahead for such events, it is never known whether it will happen or not due to weather conditions. So, whilst I was on my way into Cambridge for the shoot yesterday evening, I was excited to see a big red balloon over the north of the city. It had taken off from the very place where we were due to take off this morning. Prospects were looking good then! A check-in phone call at 11pm last night confirmed, that we were 'Go'

A red sky and mist accompanied us on our 30 minute drive to the take-off site. The pilot was hopeful that conditions would be good enough for a flight and after a number of phone calls he confirmed it was all systems go. A couple loudly declared their relief to a quiet and diminutive man, announcing that it was their third attempt. He stole their thunder by calmly replying that he had been waiting two years and it was his thirteenth attempt. We were just so happy that we had been lucky with our first attempt!

We spent a wonderful 40 minutes in the basket - time a little shorter than normal but we had been advised it might be so due to the particular weather conditions. Coming in for a drag landing on runway 18 at Bourne airfield, it had been a wonderful experience, and after a group effort to pack away the balloon, it was celebration time.

And so, today's image may not be as exciting for you as viewers - but it was certainly resulting from something exciting for me!

My thanks to:
Joe for his suggestion
The newly-weds for gifting us the ticket
Virgin Balloon Flights