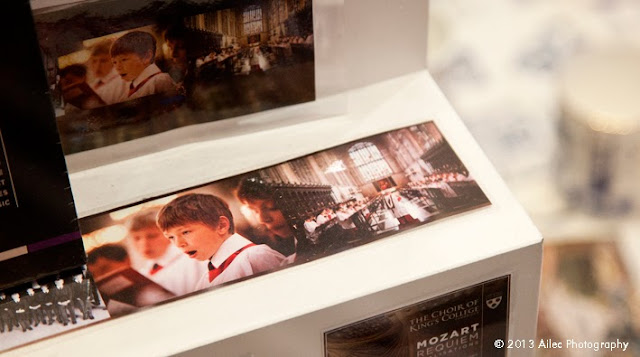 The suggestion, 'young singers' is liable to conjure up different ideas for different people but for me, my first idea is that of church choir singers. This is most possibly due to the fact that at the age of 8, I became a chorister myself, which seemed only natural following on behind my two older siblings and my father, and I spent the next ten years quite seriously involved in music. (After not getting very far with playing the clarinet which I mentioned yesterday, I had far more success with singing!). Now, it is the turn of my nephew to sing, and who I am proud to say, recently completed three years as a chorister and the last year as head chorister of Cantoris at Truro Cathedral. He has now progressed into the National Youth Choir (Training, South) where only last night, they performed a concert in Rochester Cathedral.
I strongly suspect, that the then, diary date for this event, was the influence for this assignment suggestion?!!

With thirty other suggestions alongside 'young singers' this month, there has been quite some considerable arranging of shoots but those who know me, also know that leaving things to the last minute is, well, not a great attribute I have, and found myself stupidly putting this challenge to one side. With about a week to go, I emailed our local church office with my proposal, hoping that a dialogue would be set up and I would either have a green or red light for a shoot at the choir practise, held, on... a Friday evening. Unfortunately, August is holiday time and my mail remained unanswered, so it was with considerable reservations, I decided to make a direct approach to the director of music. (In my day, that equated to a braces-wearing, balding, old man (or so it seemed old to an 8 year-old me) who was also rather keen for a pint (or two) after evensong. Happily, these days, it is much more Gareth Malone!)

My reservations were not without grounding. As a photographer, I know exactly the issues regarding photographing minors and so I suggested a view from the back of room so as not to identify the youngsters. Even though I was appearing out of the blue at the practise (something I definitely hadn't wanted to do) there was a slight warming to the idea but after mulling over the details, it was decided it would be against their child protection policy to allow it to go ahead. I fully understand this view and St Mary's in Saffron Walden should be applauded for standing by their robust child protection policy My apologies for putting them on the spot.

So, the idea of quietly rounding off the assignment back at my computer with a glass of wine was not to be, and a move to a vague Plan B had to be made. Where else might I find a reference to young singers - Cambridge? Maybe a busker or two?  There were certainly no young singers, only old swingers playing (rather good) jazz numbers. No posters on the railings advertising summer singing workshops either. The only reference was in the Kings College shop on Kings Parade, where a new release of Mozart Requiem was being promoted. I endeavoured to include a reflection of the gothic building too (used as a back drop earlier in the month) but sadly the window angle didn't work. However, there is a clear view of an image of young singers! (If I knew who to attribute the image(s) to, I would certainly add it)

So, artistic licence, or failure - call it what you will. :-/

My thanks to:
Gill for the suggestion
St Mary's for being prepared to discuss the assignment