Challenge - "A proper classic yacht. Any day. B & W I think" 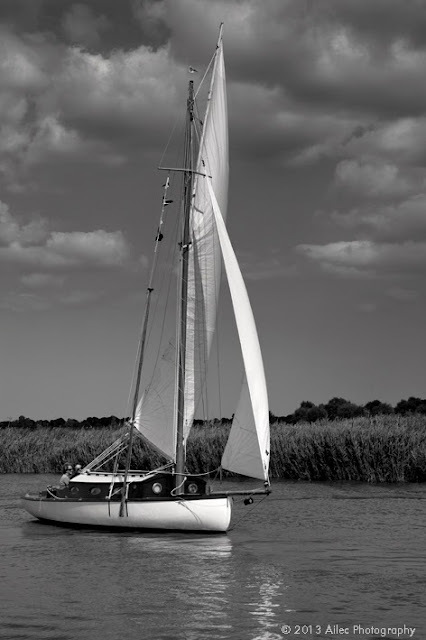 When I was set this challenge, I knew exactly where the inspiration had come from and why so specific. Over the Winter months, I had watched the tweets and followed a blog about the ups & downs, the hard work, and the joys of the up-keep of an old girl. An, 80-this-year old girl to be precise. Her name is Ranger III, and she is a proper classic yacht.

Not being particularly in tune with the sailing world, I started to wonder where I might find a proper classic yacht to photograph. Indeed, I wondered what constituted a proper classic yacht anyway. A quick plea back to the challenger returned this answer:
"Anything traditionally built rather than production yacht. Almost certainly of timber construction. At least 50 yrs old. Sea or inland."
"So that includes Ranger III then?"
Thinks...
"Would the birthday-girl be around to photograph on the 20th?"

Now call it a bit of a cheeky-cheat, but not to take the opportunity to capture a lovely shot of this old girl, which I had got to know through social media, would be such a shame, and I really wanted to see her for real too.
Thinks again... A trip up to The Broads would be rather nice and I could take my old mum along for the jolly too.
"It looks like it will have to be Ranger then?!"
And thanks to Roger and Mrs Crew, (whom I have finally met too, after only reading about her) that is exactly what we did today.

A stunning August day, with wonderful cloudscapes.
Four of us for a sail along in the old girl (and mutt came too!)
A shoot with Ranger III passing back and forth on a beautiful stretch of water, with windmills as a backdrop.
A sail back, with me being offered the helm (A brave man letting me do that - if only he knew the problems I had had on a barge holiday!!!)

Now which image to choose? So difficult as Ranger III is truly a stunning boat. First I selected one with the iconic windmill in shot. It was lovely but the windmill was stealing the show, and it is Ranger III who is the star. Then I remembered what Roger had said.
"There isn't much wind around today, choose one with wind in her sails"
To which I replied
"I will choose one with you smiling in shot ...but then you should be looking happy anyway if there is wind in the sails"

...I think I chose the right shot! 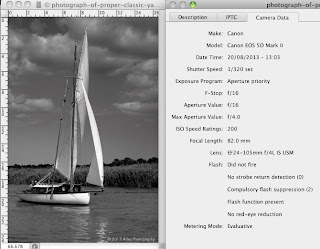 My thanks to:
Roger for the suggestion
Roger & Mrs Crew for giving up their time to take the motley crew (me, mum & mutt) on Ranger III