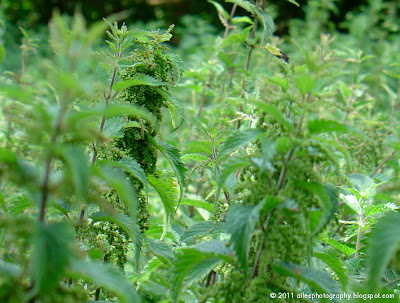 Do you remember those summers when every patch of stinging nettles would be a writhing black mass of caterpillars?
Sadly, I can't remember the last time I saw the spectacle either. Come to think of it, it has been a while since I saw even one peacock, tortoiseshell or comma butterfly.

So, today as I was passing a huge patch of nettles I caught a glimpse of a mass in the leaves and began to get excited. Alas it was just a solitary spider web. 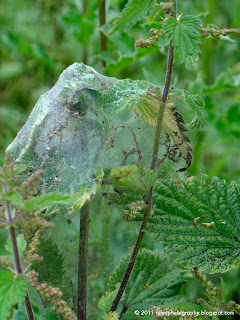 As I searched further I saw something that others observing might want to squash as 'It looks nasty'. However, I know it could actually be a very useful little bug -
a ladybird pupae. 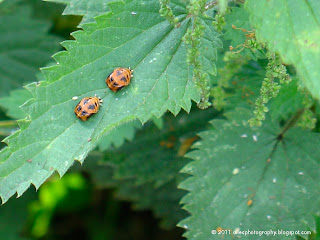 Judging by the size though, these not so little bugs will unfortunately turn into Harlequin ladybirds, the not so desirable invading version.
The humble stinging nettle has lost a native resident and gained a foreign one. Is this a sign of stings to come?
Posted by Celia at 7.7.11