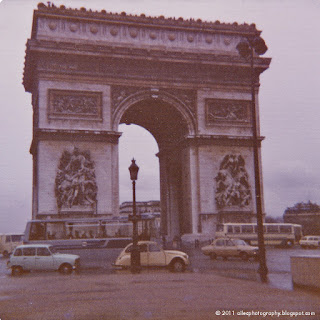 Over the next few years, the little instamatic was able to provide me with a school-girl record of my holidays and visits, My friends also had the use of similar cameras on these occasions but the resulting envelopes from Bonusprint contained images of a very different style. Whereas I was scorned for not taking yet another snap of what I considered to be, silly face-pulling teenagers in front of an obscured national monument, (nothing changed there then!) I was striving to capture a perfect picture-book image of the monument, such as those I had admired in travel books. Clearly with much still to learn, I was looking for the picture though, and this is about as good as it got from a 126 negative.

I would set up photo shoots, on this occasion, a bumper crop of home produced apples becoming the subject. How silly it seems now, a fixed focus, poor grade lens in what amounted to a plastic box, with a big plastic cube temporarily fixed on top. This would allow four attempts at flash photography. The cost of processing and replacement flash cubes ever constant in my pocket-money world meant the photo shoot would consist of one, maybe two shots at best. 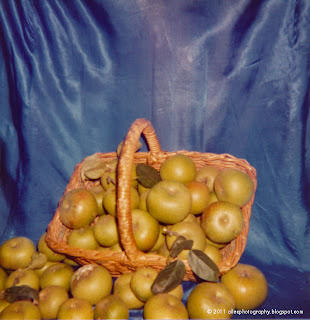 However that dreaded thing, parallax was the ruination of so many of what I had hoped to be, lovely pictures, I soon became a frustrated photographer. Each time I received an envelope of new prints in the post, I would take them to retired lady I knew to get an opinion. Miss Round was a member of the local camera club, so any word of praise from her would be considered an expert appraisal but I fear all too often she was being kind! I would explain what I had hoped to achieve, what I had seen but failed to get and what should have been in focus and wasn't. Over a cup of tea one day she gave me an important recommendation.
"You will need to get a much better camera to do that"