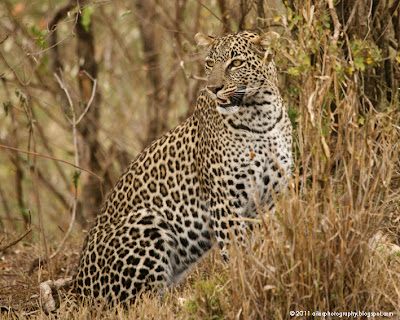 Guess what? It has been yet another miserable day and no point of interest has emerged, so you will have to forgive me for indulging in a spot of archive delving. Following yesterdays encounter in the thicket, it got me to thinking about what else I could have encountered. The inevitable rabbit or hare; other deer such as Muntjak; the Fen Tiger. Wait a minute, Fen Tiger?

Oh yes, it is quite probable. For a number of years, there have been occasional sightings of un-identified large black cats wandering in the region. Our neighbour says he saw one close enough that he could even hear it breathing. That is pretty amazing. Reports appear in the press, but of course, there are seldom any images to accompany the report and even then, they are so poor it could be anyones guess what it might be. (Maybe this is my chance to capture a stunning image of this questionable beast or beasts?) It is believed there must be several on the prowl, as they have been spotted over such a large area it couldn't possibly be a sole feline. Mind you, it would be interesting to see what the mutt would make of it when faced with it in a thicket!

So, what of the splendid cat above? Well, I have included Binti as she is a leopard and it is thought that our big cats are the black versions of leopards that have escaped from captivity. These animals were fashionably kept as pets until it became illegal to do so following the dangerous animals act of 1976. It is said that many were released into the wild and they and their off-spring live on. The thought of these splendid animals being domestically caged for selfish gratification disturbs me. There is really only one place to see these magnificent beasts and that is in their natural surroundings. I was fortunate enough to enjoy a trip to the Masai Mara where on one day, for nearly an hour, we watched Binti behaving as leopards do. She is the granddaughter of Bella, made famous from the BBC Big Cat Diaries series. For us as photographers, it was just perfect and this shot of her in the African thicket, is just one from the stunning set I captured that day.

(If you want to see more of this set, just tell me and I will make a special posting)
Posted by Celia at 26.1.11