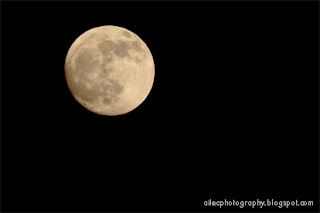 If there are two things that don't go together they are wildlife photography and dog walking.
Today I was (foolishly) trying to do both out of necessity, as I am in sole charge of our four-legged friend for the next couple of days. As the sun had happily graced us with its presence today I thought I would grab a few evening shots on our walk out at the woods. To ensure that I stood a vain chance of spotting anything exciting I kept mutt on the lead, but as expected, that white stag and his girls were just too wise to show even their noses to this wrestling duo.
Why wrestling? Well, each time I tried to put the camera to my eye, I would have to clamp the end of the lead between my knees, as, with the ground beneath my feet resembling a mud bath I had already (sensibly) dismissed the option of standing on it. This enforced restraint was just too much for her with those enticing wafts of beckoning scents and after a minute of patiently sitting next to me, she started the binding process. Feeling trussed up like a spiders next dinner, I swung the camera back on my shoulder and unwound myself from the mess, mindful of the fact that me, dog and camera could all end up in a heap in the mud.
It was at this point I suddenly wished my camera was securely on top of a tripod, fulfilling two roles. One of keeping the kit out of this wrestling action and the other of allowing some stability for those tricky evening exposure times. Actually, it was a stupid wish on this occasion, as it would only have been another awkward walking companion. Apart from which, that particular piece of kit is currently on (pain of death!) loan to my dearest who is away for the next couple of days.
So, in the absence of any wildlife and with no three legged assistant, I resorted to a fence post as an impromptu monopod and took a shot at the one thing that stayed still for long enough - the lovely (almost) full moon, before two legs + four legs rambled back for tea.
Posted by Celia at 18.1.11