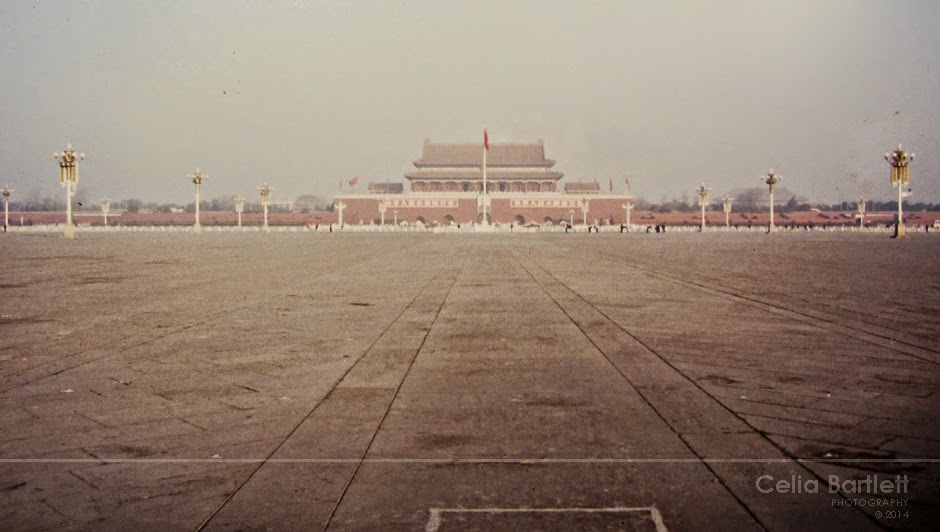 Twenty-five years ago today, an event was unfolding which would change so many things.

Not least did it change the course of history but for a young me and himself, it was an incredible blow to what was going to be a once-in-a-lifetime holiday, for which we had been saving for months and months. We had been watching with interest, along with the rest of the world, as the '89 Democracy Protest was taking place in China. A country which until that time, very few people had visited and in the March of 1989 we were fortunate enough to have booked a tour of the country, to commence in the beginning of December 1989. Initially we thought everything would be fine, and then came the news from the Foreign Office that all travel would be suspended. We could be accommodated on an alternative tour elsewhere in the world - Africa, India maybe but no, it was China where we had always dreamed to go and we were determined to sit tight and see what would happen.

To cut a long waiting story short, we hung on and eventually our patience was rewarded and the tour went ahead as planned, although the three-tour-bus-worth of previous Kuoni tours was down to just 19 travellers. The small group size suited us and it was said that we were one of the first UK tours to travel into China following the lifting of restrictions. However, BA had opted not to re-establish flights into Beijing and we were transferred to Air China. I could tell you about our flight into China but that would warrant a whole blog post of its own but lets just say it was an experience (as were all the modes of travel which we took whilst we were there!)

We arrived later than scheduled into a crisp, dry-cold Beijing. On that December afternoon, the air was heavy with the pollution from the coal fires needed for cooking and heating. We were, however, carefully escorted at all times by our Chinese tour guide and were deposited at a five-star hotel where the rooms were brightly lit and far too over-heated for comfort. Outside our hotel window, we could see the odd single dim bulb lighting the confined rooms of large, shoddily built blocks, apparently with no glazing at the window. We had arrived in a place of contrasts.

The next day, we began with one of the highlights of the visit to Beijing - a visit to the now infamous Tiananmen Square and from there, on into the Forbidden City. It was clear that everything was still very raw and sensitive as we were given a pep-talk prior to being allowed out of the tour bus and which was memorably heavy with the aroma of garlic, exuding from both the driver and the tour guide. He instructed: No running, no hands in pockets, no sudden movements, no groups, no bartering with the locals, no photographing any military personnel, oh, and just 20 minutes.

The sense of enormity was the first thing that struck us. Not only the physical enormity of the square but also the enormity of the event which had taken place just 6 months earlier. As we walked deliberately and carefully along the almost deserted acres of the square, we could see evidence of the damage inflicted to the stonework of the steps. This sent an incredulous shudder through us all, knowing that the tanks which had left their mark on there, had also inflicted mortal damage. With these sombre thoughts, we looked around the square, noticing eyes carefully trained on all of us from the tops of the surrounding buildings. It left a huge impression on us all.

I have one physical impression of Tiananmen Square and yesterday, I went in search of that now faded photograph I had tucked  away with a handful of others in a Boots photo envelope marked China 1989. As I looked at it, I realised the opportunity to visit China today would not be too difficult but to see Tiananmen Square so eerily empty again would be an impossibility.

A chilling reminder of all those who stood for what they believed in 25 years ago.