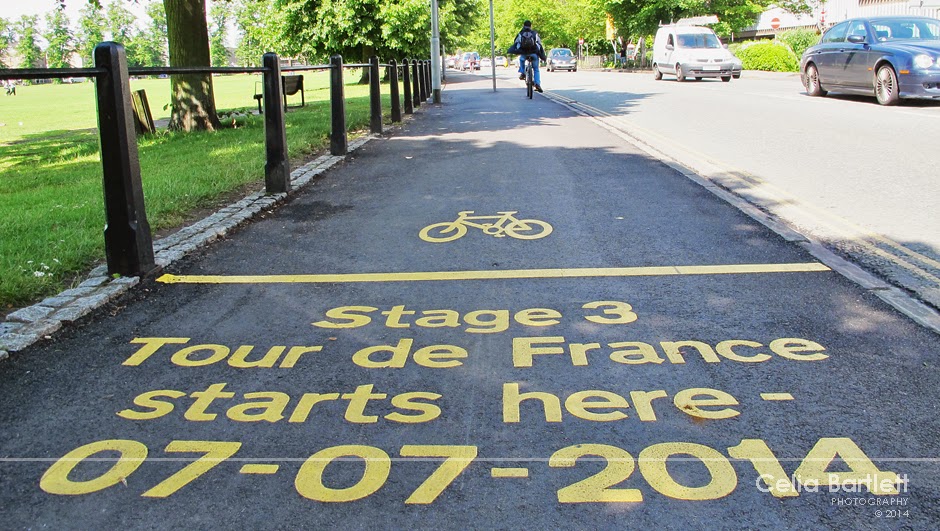 The spectacle known as the Tour de France is coming to our area.

Starting in Cambridge on the 7th July, stage 3 will wind its way through the South Cambridgeshire countryside, before dropping into the 'desireable' district of Uttlesford and the Town of Saffron Walden where I will be 'on duty' as the peloton sweep past my virtual door. Although it will only take a matter of minutes for all but the stragglers (and hopefully there won't be many of those) to cover the couple of miles through the town, the whole place will be in lock-down for the all of the day. There will be no crossing over between the two sides of the course route and certainly no traversing by car. This means all arranging of movement has to be planned well before the day itself. I intend to stay on the south side of the town, which will give me access to shoot off after they have passed and on to cover another section of the race in South Essex. After that, it makes its way into London and the end of the stage, where the will no doubt be far more fuss and coverage than on our bits in between. But hey, someone has to cover it!

Here's hoping they will have a nice dry day, such as it was when I dropped by the start place beside Parker's Piece in Cambridge last week. I suspect there may be more than just the one bicycle in July too.