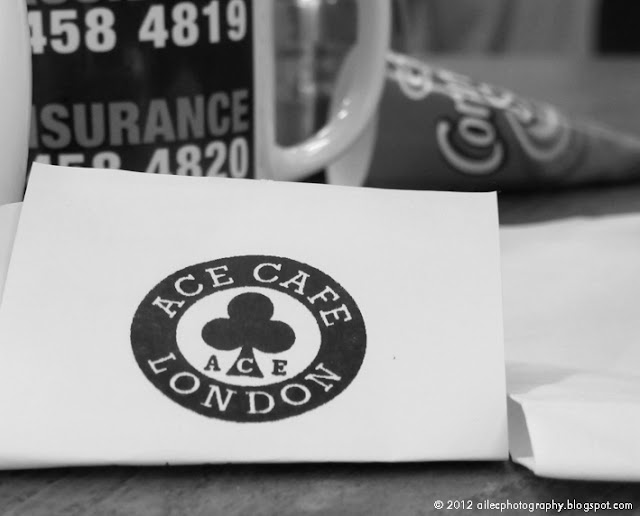 Thursday 9th August 2012 saw the Italian Bikes 'n Cars night at the Ace Cafe in London. For those who are unfamiliar with this iconic venue of the motorbiking world, you can pick up a potted history here.

On one of the hottest evenings in August so far, I zipped into my leathers, after being persuaded to join my better half as pillion on his Italian, Moto Guzzi 850 Le Mans. I shouldn't have been concerned about me over-heating in all of my protective gear, it was the poor Guzzi which suffered on this score. Two thirds of the way down the A1 we encountered a traffic jam, where along with three other guys on their Italian Ducatis, we had been threading our way through the traffic, only for the old girl to cut out. Next followed the vaguely embarrasing manoevre over onto the hard shoulder, to sit and watch all the progress we had made, trickle by car by car.

We weren't alone for long during our cooling off period as the sight of three Italian motorbikes on the hard shoulder drew glances from a Highways Agency worker who had been busy coning off the road. Dodging between the crawling cars, he made a beeline for us, phone in hand, and we all suffered that sinking feeling prior to an anticipated telling off, for whatever reason it might be. We needn't have worried though. The phone was out purely to take admiring photographs of one of the red Ducatis (not our Guzzi sadly) and a happy exchange took place.

Suitably rested, the old girl finally fired up again and we all made a hasty move before she would have another chance to expire. Unfortunately, the road closure forced a sizeable detour on our route to The Ace Cafe and there was a feeling of 'Ciao' from all the other Italian bikes and cars as we rocked up a little later than planned. Whilst many of the menfolk spent the evening cruising the array of Italian machinery, I busied myself with some welcome refreshment to accompany a spot of people watching and soaking up some of the atmosphere of the place. 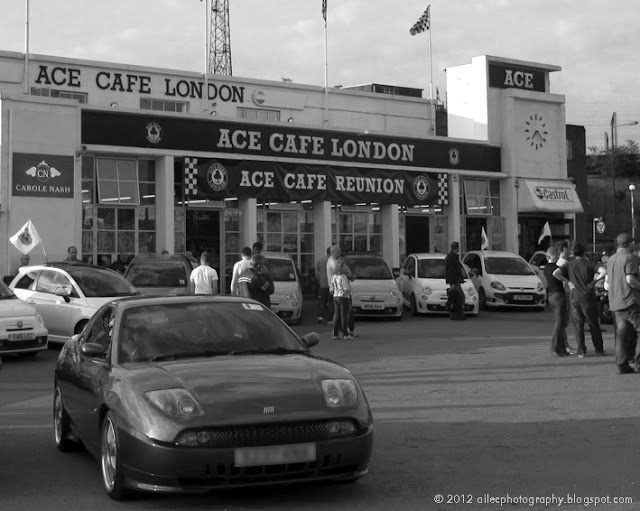 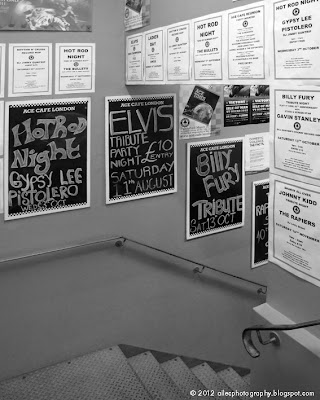 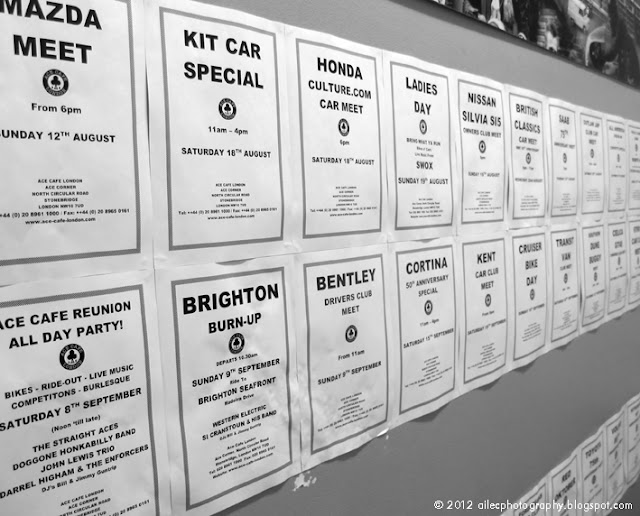 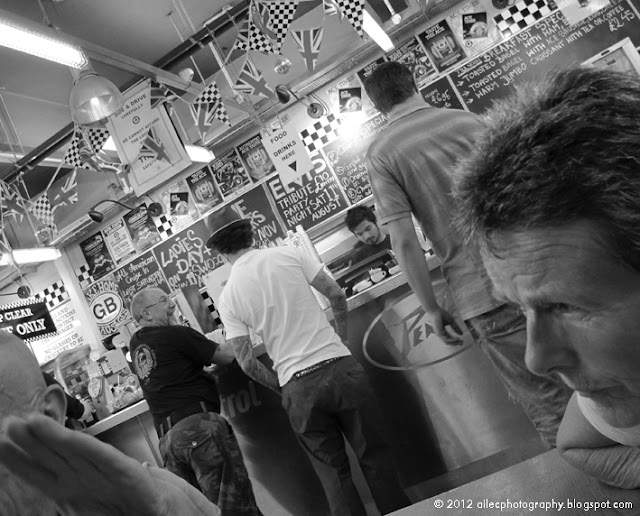 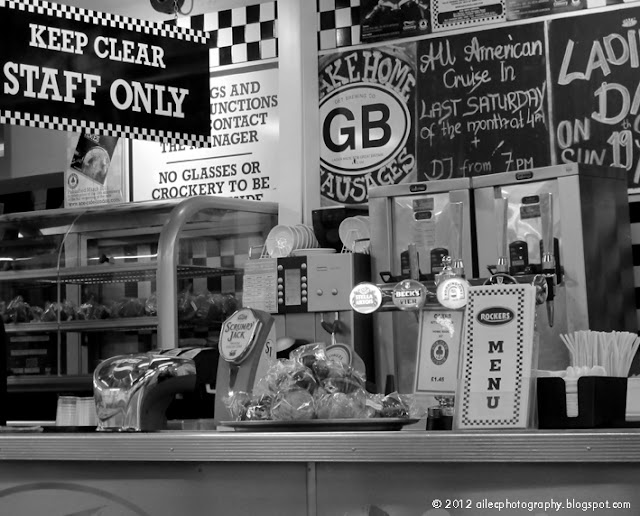 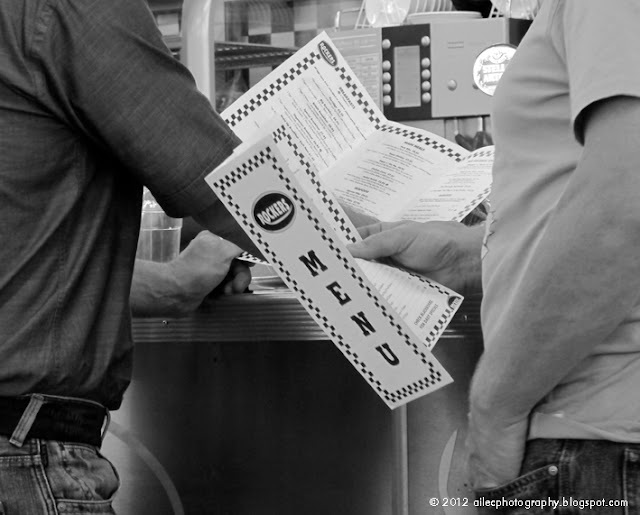 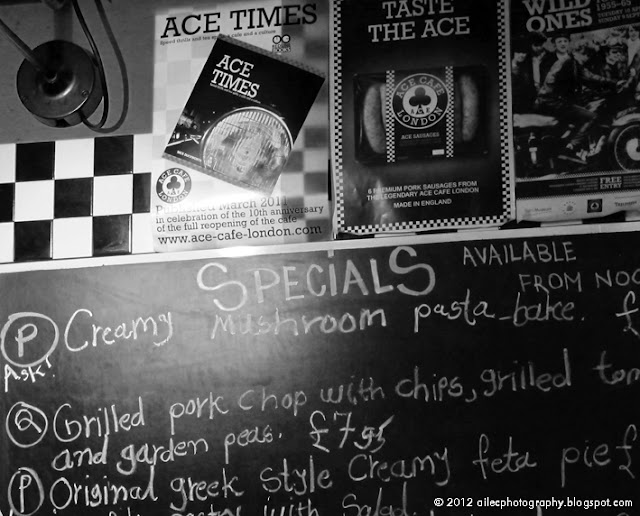 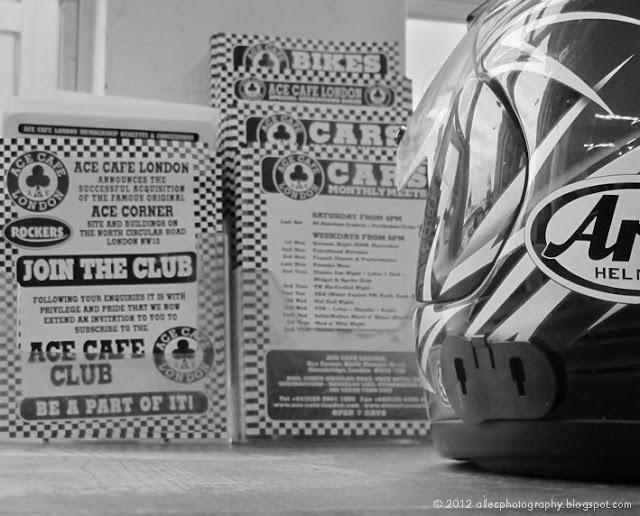 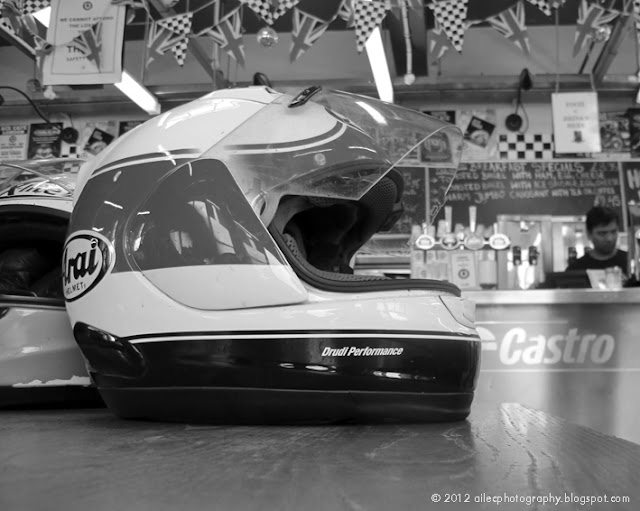 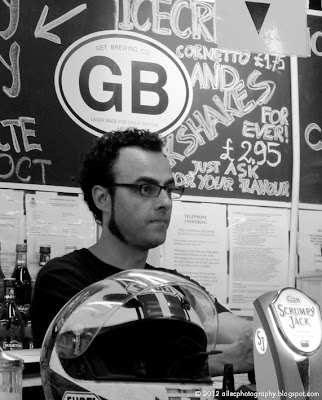 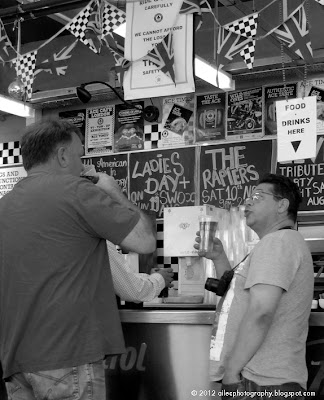 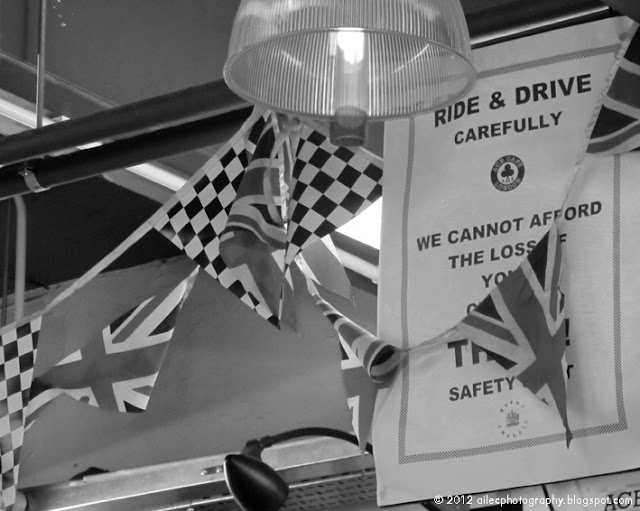 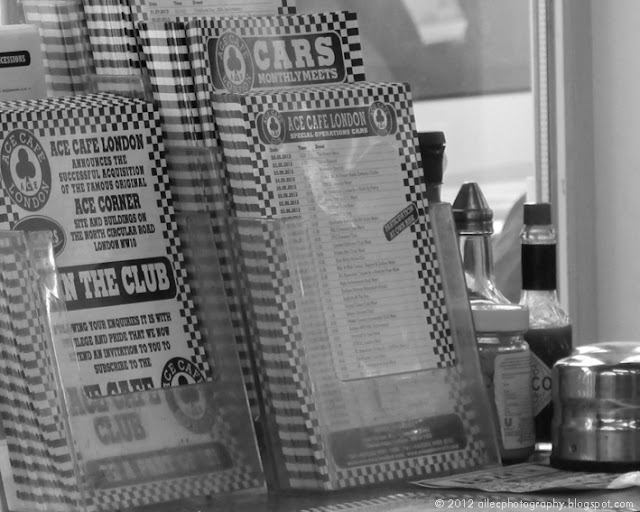 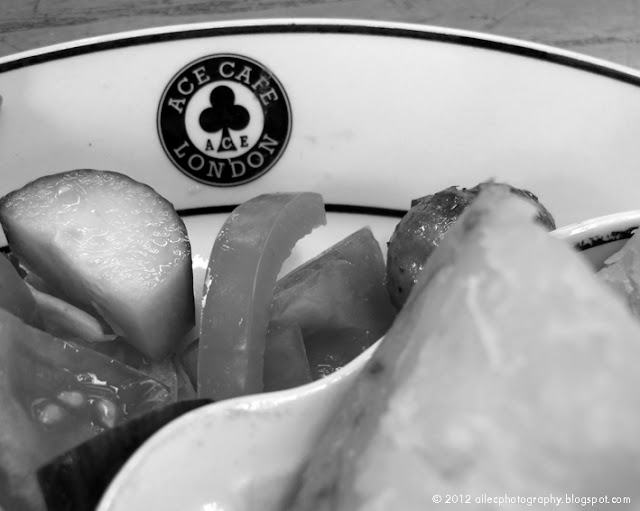 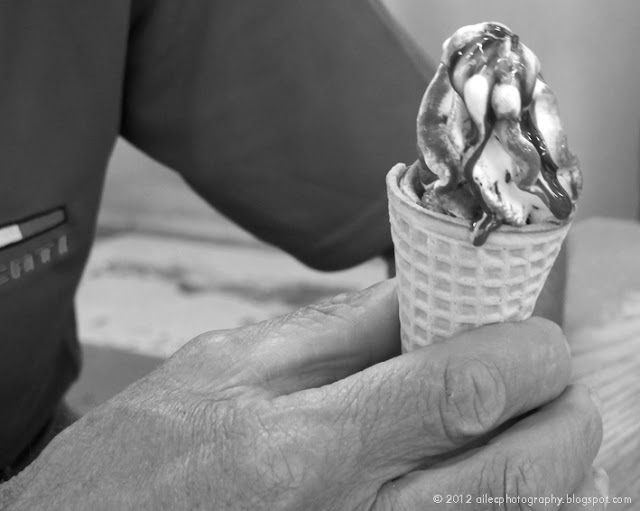 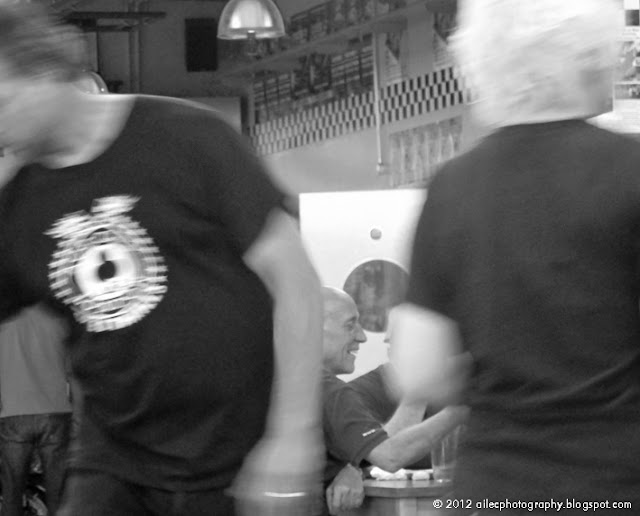