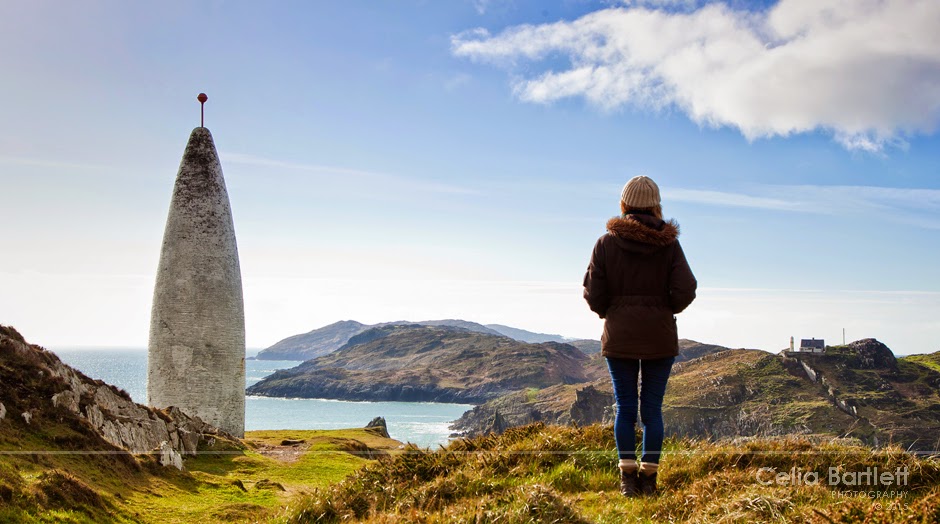 When I read the story about the breast cancer sufferer who was told to stay inside until she looked less like a “sick freak” while wearing a booby hat in Saffron Walden, I was shocked enough that along with many of my fellow Waldeners, we joined an online community to show our support for this brave lady. Overnight, the 'Boobiebellion' story went viral and the plan was made to stage a Boobie Flash Mob on 14th February.

Sadly, I realised I wasn't going to be able to take part in this worthy event as I am currently in West Cork, Ireland, preparing for my Spring season of photography workshops for beginners. However, I was determined to show my support in any way I could. I knew I wasn't going to be able to acquire or knit or crochet a 'boobie hat' so I had to find the nearest off-the-shelf boob-like hat. My boobie hat differed from those back in Walden, in that mine was to be a 'Facebook' version i.e. it doesn't show the nipple (another bizarre matter - why FB?) Then I was to choose the location for my singular 'flash mob' to take place.

It didn't take long to choose my location - Baltimore Beacon - an iconic landmark in this far south-west corner of Ireland, and known locally as 'Lot's Wife' (appropriately), and complete with its very own, if rather unique nipple too!
At 2.30 - the time for the flash-mob back in Saffron Walden, I set off to climb up to the cliff-edge location on a mild, sunny February afternoon. Looking out over the calm Atlantic in this stunningly beautiful corner of Ireland, I thought about the brave lady who had been trying to raise awareness about breast cancer through her own adversity, in the hope of encouraging women, (and indeed men as it can affect them too) to check their breasts regularly. I also took a moment to be grateful for the wonderful Cambridge Breast Unit at Addenbrookes Hospital, which I had unfortunately had reason to visit myself only a couple of months ago, a unit without whom, many women may not have had their condition diagnosed. On this occasion I was able to come home with good news, but for some, it is not so good. And this is why the Boobibellion Flash Mob was playing its part in supporting the  Addenbrookes Breast Cancer Appeal

So, I may not have been at the Saffron Walden Boobiebellion Flash-mob - and well done to everyone involved there, but I played my part and single-handedly took part in my own Baltimore Beacon 'Boobiebellion' Flash-mob, and my donation will be going in to the Addenbrookes appeal.

I finish by wishing the lady in question a safe and successful recovery. She did help raise awareness for breast cancer but in a way she never imagined.