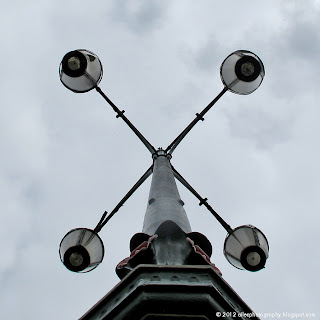 Sometimes it is the places that are closest around us that are least explored, so when I was taken by my better half into Cambridge today and told we had to wait under the lamp post on Parkers Piece, I was beginning to wonder what might be in store. Having mistakenly arrived rather too early, we were able to people-watch, as those going about their every-day business criss-crossed on their bicycles in front of us. 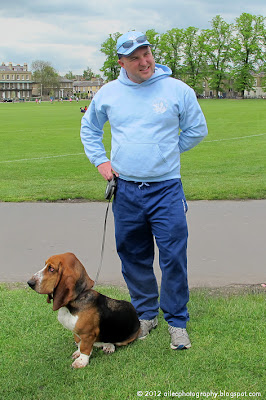 At half-past one, a cheerful chap and his basset hound arrived, enquiring if we were waiting for the guided bike tour. Ah! So that was why I was told to wear comfortable clothes, shoes and possibly a pair of gloves! A bike tour. I hadn't ridden a bike for a couple of years but knowing that Cambridge is bike-city and dead flat, I wasn't worried, although Gus the basset looked rather more worried when I remarked that the hound didn't look very bike-like, and where were the bikes? 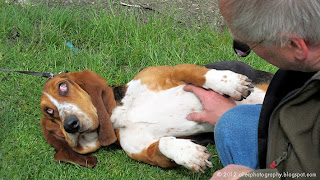 Thankfully Anthony reassured us that we would all be provided with bikes just as soon as our tour companions arrived. A Canadian-Iranian girl on a day trip to the city and a girl from Taiwan, who had also been on the morning tour around the city were to join us. This afternoon trip was to be a ride out to Grantchester along the river path.

Just a short walk away from Parkers Piece was Anthonys base for Cambridge Bike Tours where we were kitted up with our wheels for the afternoon before setting off on the hardest part of the ride, negotiating some of the city streets. Stopping off near Silver Street Bridge, we were filled in with facts about the rivers Cam and Granta, which met at this point, and where he pointed out the punts to our foreign visitors. The comment of the afternoon came from our Canadian companion.

"Oh, punts! I thought they were just funky canoes" 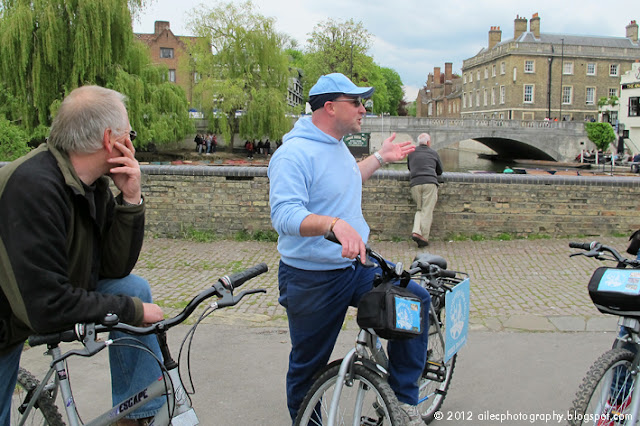 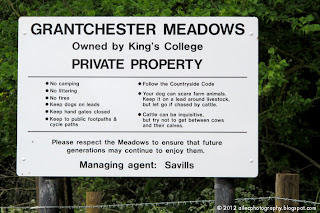 A ride along a cow-parsley lined cycle track and few streets of elegant houses, brought us to Grantchester Meadows, where Anthony was able to point out some of the interesting instructions on the sign and fill us in with more local facts, some that even we as locals were not aware of. However, at this point, he was unaware of the dodgy nut on his crank, that was to give him trouble for the rest of the afternoon.

A short while later and the nut had fallen off but as with all the best guides, he was prepared and a quick delve into his tool kit showed up the omission of a 14mm spanner- just the one he needed!

Undeterred, we rode through the Orchard Tea Gardens, famed for being the haunt of the Grantchester Group, which included E.M. Forster, Rupert Brooke and Virginia Woolf. Next on to the Old Vicarage, once home to Rupert Brooke and now home to an famous (or infamous) writer.


A short ride later, we found ourselves in the cosy little pub called the Blue Ball, where we stopped for well deserved refreshment. Over a half of the local brew, we all caught up on what had brought each of us on the ride, with the question from the jolly landlady, why such locals? Well, apart from it being one of my significant days with the ride being a special surprise, it was nice to get out and be shown things we wouldn't necessarily have found for ourselves, such as the lovely little pub. We were also treated to an introduction to the old pub game of ringing the bull. Surprisingly for us, another thing we had not come across before. 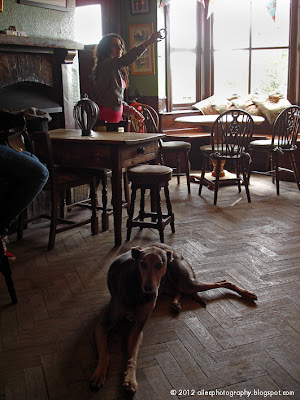 Hanging from the ceiling was a cord with a metal ring attached. The trick was to push it in such a way that it would swing up onto the hook high up on the wall opposite. Not as easy as it looks! However, we all managed to ring the bull at least once before we polished off our drinks and set off on the ride back to Cambridge through the meadows...

Anthonys troublesome nut had finally rattled itself free for the last time, providing us all with something to smile about as we parked our bikes up at the end of the ride.

Such a pleasant easy afternoon spent with good company and in a lovely location where we discovered more about what goes on on our own doorstep. I can fully recommend taking a discovery ride out with Cambridge bike tours, loose nuts or not!

Some of the simplest things in life are the most enjoyable.