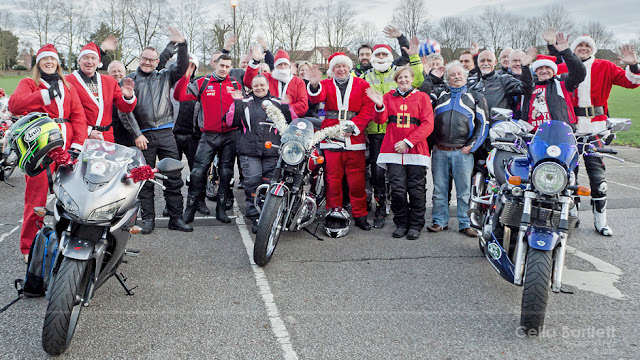 It was back in December 2013 that the first revial run of the Cambridge Bikers Christmas Toy Run to Addenbrookes Hospital took place, and what an incredible event it was! Now in its third year, we joined the group of 23 Walden Bikers who met on The Common in Saffron Walden at 8am, on a beautifully mild December Sunday. Many riders took the opportunity to decorate their bikes and dress in seasonal style. 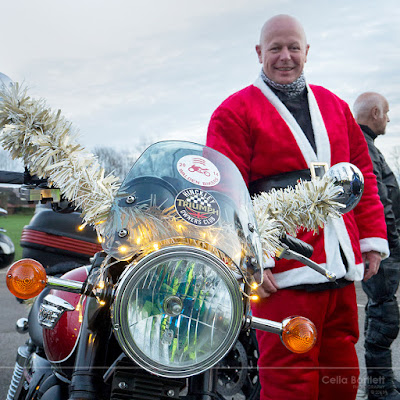 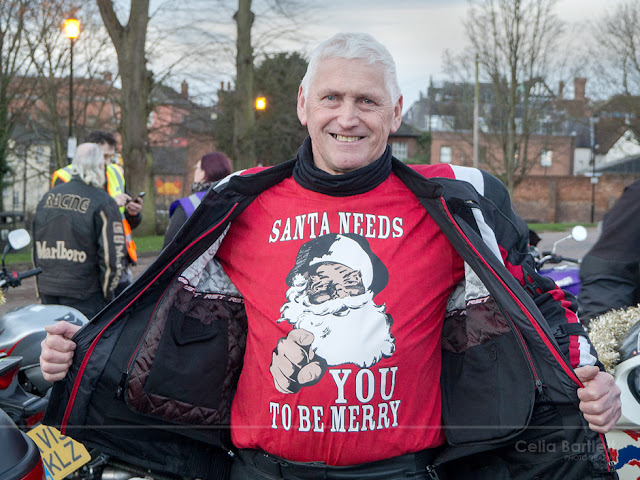 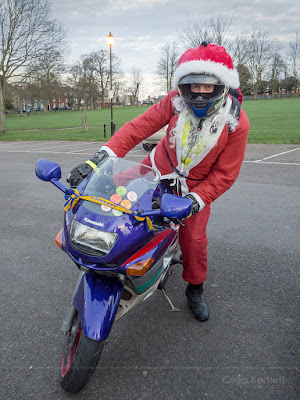 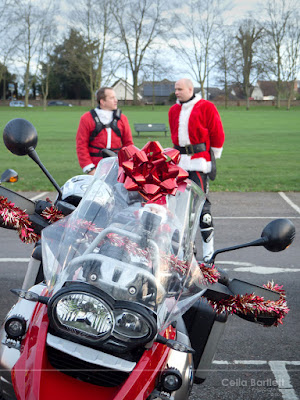 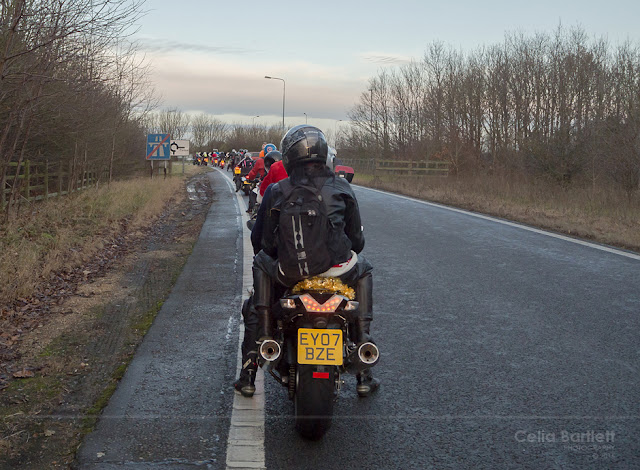 The convoy of Walden Bikers made their way along the M11, on route to joining the main group of bikers at La Pergola Restuarant, some way outside of the city. 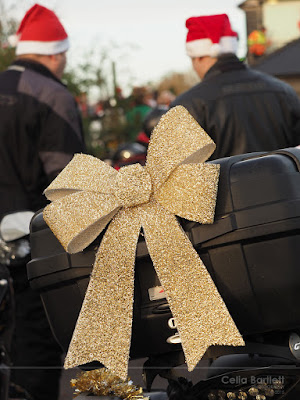 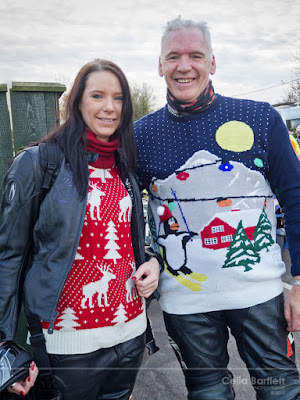 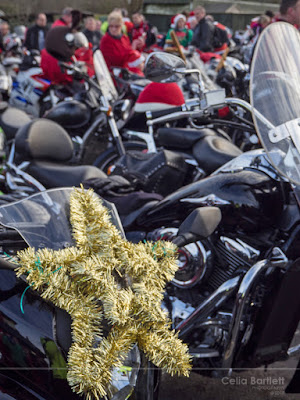 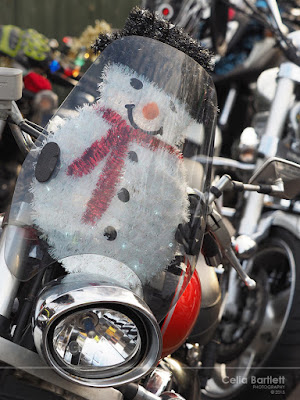 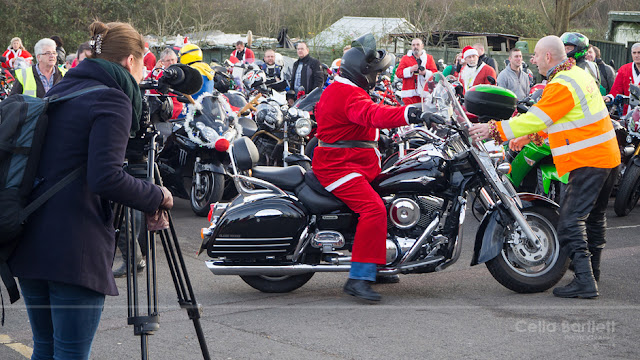 Such was the scale of the event that ITV were there to cover the story. 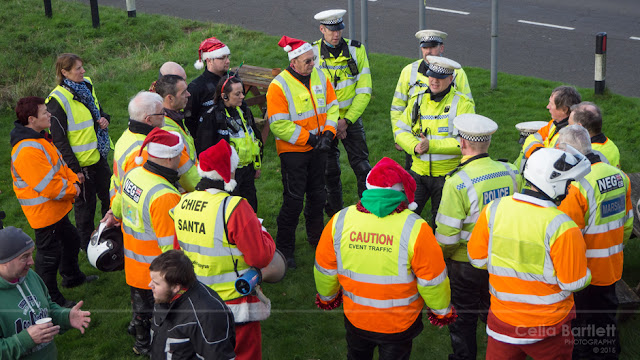 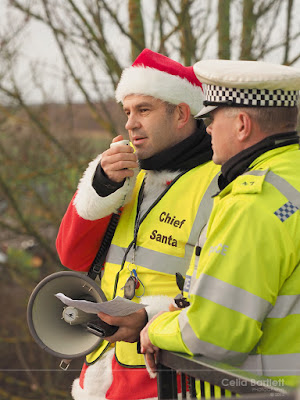 A safety briefing was held, led by 'Chief Santa' Peter Vasey.
The numbers taking part had more than doubled since 2013, and five police motorcycle riders were to accompany the estimated 320+ motorbikes, riders and pillion riders, on the ride to Addenbrookes Hospital. 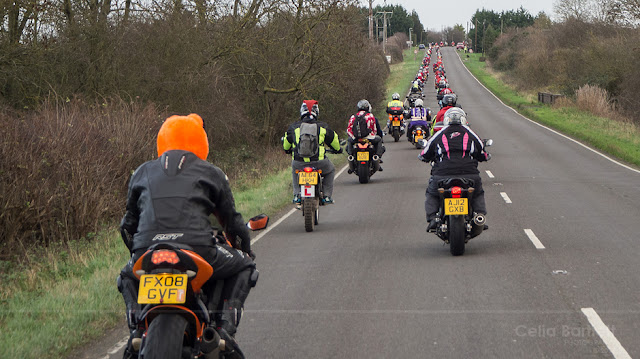 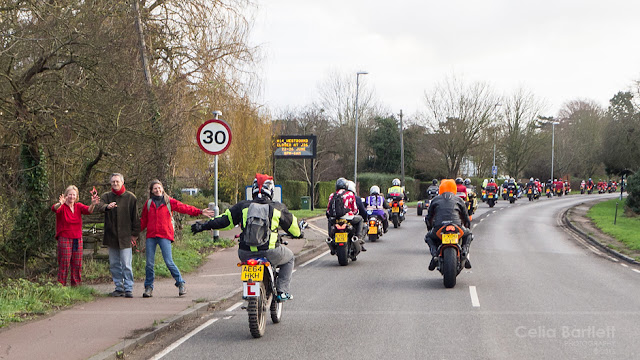 During the ride in to the city, cars tooted their horns, families waved from windows and some were drawn outside (still in their pyjamas) by the rumble of this mass of motorbikes. Im sure it was an amazing thing to watch and I can say that it was just as amazing to be part of the event, knowing that the whole reason for it was to donate toys and gifts for the children who would be spending Christmas in hospital.

The generosity of the bikers was incredible. Several transport cages were filled to overflowing with everything from pyjamas to teddy bears... 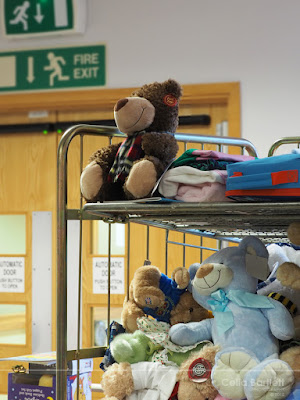 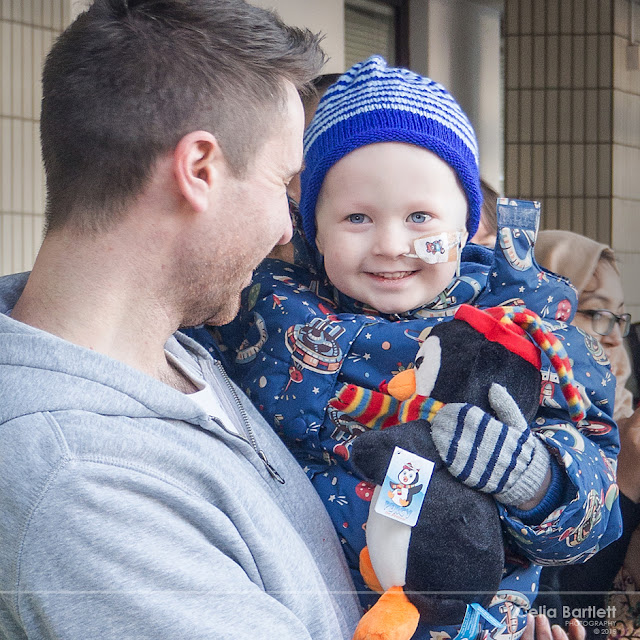 ...and to see the joy on the faces of these poorly children, it summed up the whole essence of Christmas.