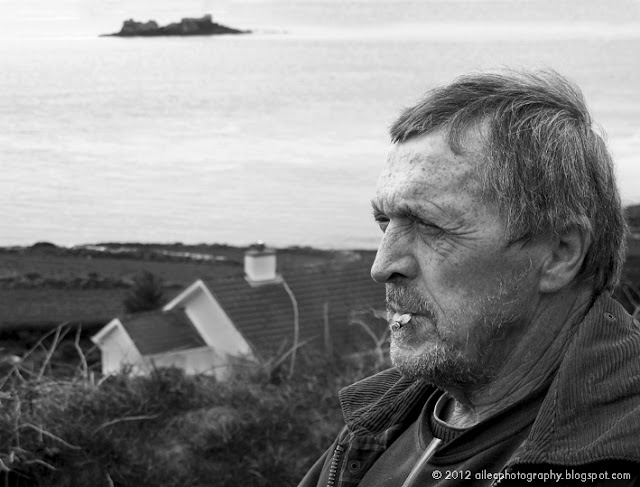 It was forty years in October since Colin Barnes moved from his native Sussex to West Cork, in search of fishing grounds that weren't being exploited. As a young man in his twenties, he had noticed that neighbouring countries were not fishing the English Channel in a sustainable way and could see no future for himself staying where the fishing communities were going to suffer. So, he did some research into where fishing was "still happening" and after looking in The Lady magazine for some cheap accommodation ("As you did in those days!") he made the unusual choice to move to Ireland, taking a basic cottage near Baltimore for £3 per week.

Life was difficult to start with so Colin utilised his fishing knowledge putting out long lines to catch pollock, then swapping the fish with locals for bags of potatoes, to live off the land. Those same locals would frequently ask him why at a time when most people were leaving Ireland, he had chosen to do the opposite. Even folk back in England queried his decision to go to Ireland, as it was a country with a name, that back in the seventies, conjured up more bad impressions (wrongly) than good.

For this son of a non-sea-connected family he used the seafaring skills that seemingly came naturally to him, and which had first enabled him to skipper fishing charters out of Newhaven whilst still only a teenager. It was only to be a matter of time before his whole life was once again centred around the sea, this time in West Cork. His skills found him work on local boats, eventually acquiring a boat of his own, where he realised there was more money to be made from selective fishing. He would catch hake, which commanded a good price in Spain, as well as potting for prawn. He successfully fished, with his crew, for many years, using gill nets or long line and had no desire to trawl, as many around him did. He knew the damage this indiscriminate fishing was (and still is) causing to fish stocks and the marine environment in general. Even now he admits to hating the mass, unnecessary killing involved with trawled fish, and would rather only take what is needed.

Over time, the Irish fishing industry was also starting to suffer and in 2000, grants became available for taking up alternative sea-based occupations, in an attempt to de-commission some of the fishing fleet. Colin, already being familiar with fishing charters, put in an application for running an angling and diving vessel out of West Cork, never once considering that ultimately it would be whales and dolphins that would become the main attraction. With the ideally suited thirty-six foot catamaran, the Holly Jo, he embarked on a new stage of his seafaring life. 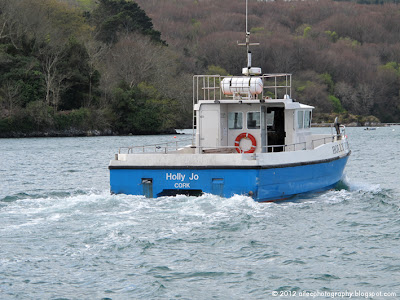 During those fishing and diving trips, Colin, always being in tune with the sea, would watch everything around him. Sea bird activity would indicate fish shoals which in turn lead to cetacean encounters and it became clear that it was this that would be worthwhile focusing on. And so Colin Barnes established the very first whale and dolphin watching trips in the region, sailing out of Castlehaven in West Cork. Whale Watch with Colin Barnes

Now, over ten years later, Colin Barnes has become the name synonymous with whale and dolphin watching, and rightly so. His knowledge of the local seas, of habitat, nature and wildlife all combine to come through as a passion which he shares with each and every one of the passengers that step aboard the Holly Jo.

My first trip out with Colin was a family trip back in 2002 where I recall that due to the early time in the season, the whales didn't show. That came as a bit of a blow to me. As a poor sailor I suffered even on the light seas, but Colin was determined to ensure we went home having seen something of marine life in the waters of West Cork.

Subsequent trips have provided a similar determination (and I, a determination to be a better sailor!) culminating in the amazing encounter back on 7th April. 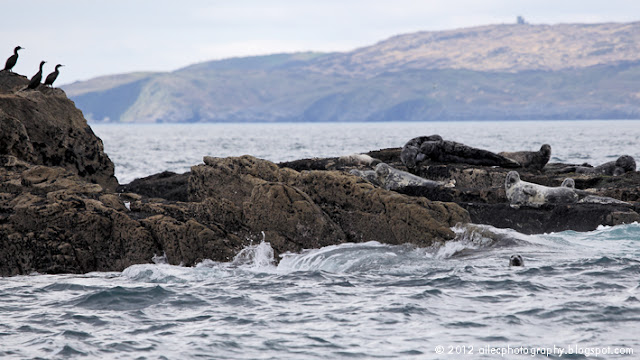 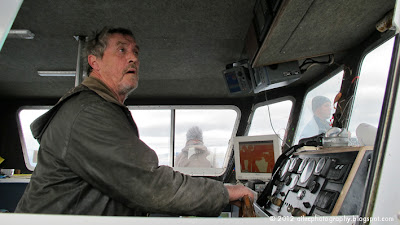 The fact that Colin Barnes is the skipper of choice when it comes to research and conservation organisations, including the Irish Whale and Dolphin Group is testament to his care, passion and understanding. Along with the IWDG, Colin helps develop recommendations for responsible whale watching in marine eco-tourism and also developments in marine conservation, with particular reference to cetaceans. Such is his expertise, Colin is frequently involved with TV and film crews, including BBC Autumnwatch 2011 when he was joined by Iolo Williams, looking for fin whales off the coast of Ireland. Whilst most viewers will have had no idea how Iolo reached the whales, I was delighted to catch sight of Colin and the Holly Jo and, in my opinion, he deserved much more of a mention on air. Thankfully the BBC have now returned to Ireland this weekend, for more whale watching encounters with Colin for Seasons which should be aired in 2013. This helps to reinforce that the Republic of Ireland should be embraced as a nature-bountiful part of the British Isles, and not overlooked and left as a nameless blank space on weather maps.

Colin also featured in a wonderful programme produced by RTE, Living the Wildlife back in 2009 and he kindly let me borrow a copy of the programme to watch (as sadly it is no longer available on iPlayer) I will use a quote from the presenter to round off.

"(Colin is) One of the best whale guides you'll ever find. He really knows what he is doing. He doesn't disturb the animals and if anyone can find them, he can!"

Colin strongly advises booking and of course, the reliability and predictability of both weather and wildlife cannot be guaranteed! (Although the 2012 Autumn whale season was spectacular!)

Unfortunately Colin doesn't yet have a reliable internet service where he lives, but hopes that he might be able to be contacted via email in the near future but please don't hold that against him! Ring him - he is the one for Whale and Dolphin watching in West Cork.