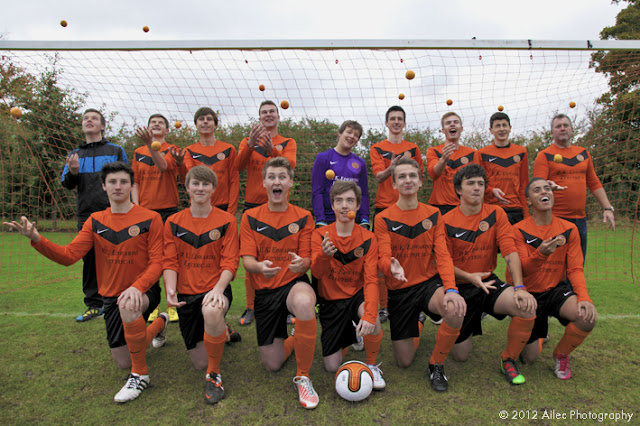 After a run of six unbeaten matches, these lads had a day off from competition today, but not from training. I was at their training session to capture the individuals and the official team photos.
Just before they got going on the serious stuff, I wanted to capture them during a moment of fun.
It seems that following their run of success, they had already gained the nickname, the (unbeaten) 'Tangerines' so, they were presented with...
a celebratory tangerine!

I wish them luck.

AFC Moreton Hall are a new, Under 18 football team playing in the Ipswich & Suffolk Youth League Division 2 in the forthcoming 2012/13 season.
The team photos will go online very soon and can be followed: 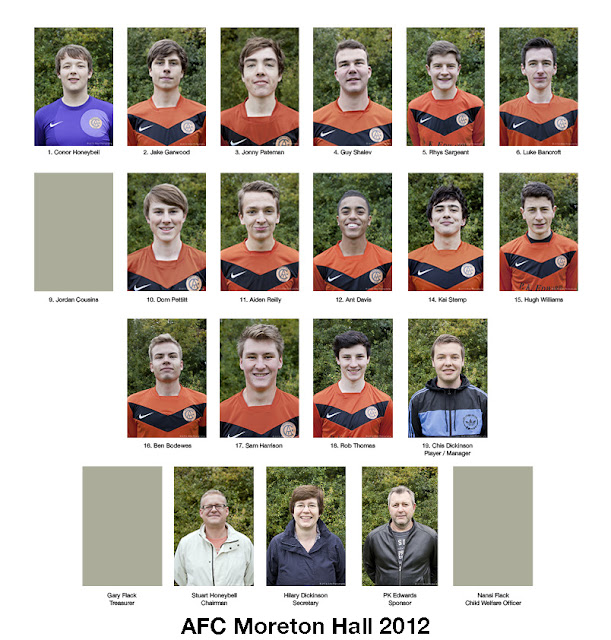 Email ThisBlogThis!Share to TwitterShare to FacebookShare to Pinterest
Labels: sport