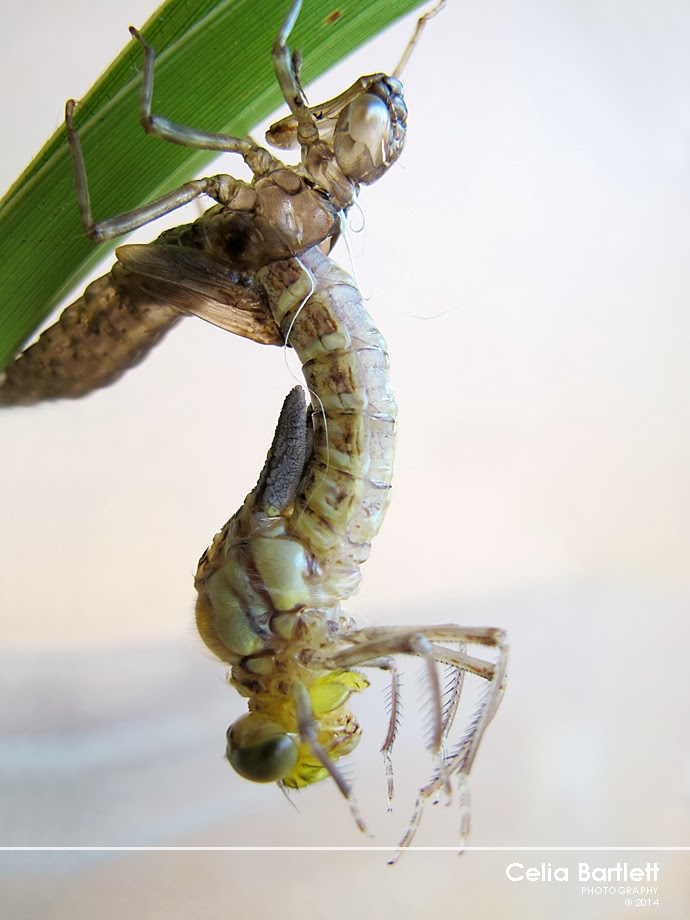 Just like this Southern Hawker nymph, which takes up to four years to emerge into a full blown dragonfly, it could be said that I too have been in a nymph stage for the past four years.

During those years, I have skulked around relatively unseen in the hidden depths of the creative pond but all the time I have been getting bigger, stronger and more confident.

Back in 2010 when that creative egg was laid, I was unsure whether the final metamorphosis would be as a graphic designer, (in which I graduated from Cambridge School of Art) or photographer (which has been my passion through all my life and always found its way to be incorporated into studies). I hedged my bets and began the development as both Ailec Designs and Ailec Photography.

And I'm guessing some of you are asking what is with the 'Ailec' name?
It is simple really. Just read it backwards!
Yes, ever since I was at school, Ailec was something I applied to pretty much all of my creative endeavours, so it was only natural that I stuck with it, in particular for my design work, where a 'cool' name is common place rather than just plain old Joe Bloggs. However, I began to come unstuck in relation to the photographic work, which was becoming increasingly more prevalent than the design commissions. Unlike the design world, it is generally accepted that photographers work under their own name, and whilst it was my name, of sorts, many seem to have had trouble pronouncing and spelling the name, even if it is nice and short.

After a great deal of soul searching and asking those around, the conclusion was drawn that now is the time I should stop skulking behind a name and emerge as straight and honest...


I know there will be those who already see Ailec Photography as a brand, and ask why it should change but the Ailec heritage won't disappear completely. Whilst you may already note some changes to this blog, (with a few more happening over the coming couple of weeks) not all of it will change. I am retaining my icon, albeit in a 'moving forward' direction and indeed, my twitter name will have to stay as @ailecphoto however, a smart new website WILL be coming very soon. I know it has been promised for quite a while now, but I have been going through those pre-emerging skin moults and you might be pleased to hear that I have definitely reached the last one now.

So look out! The dragonfly is about to emerge in all its glory,