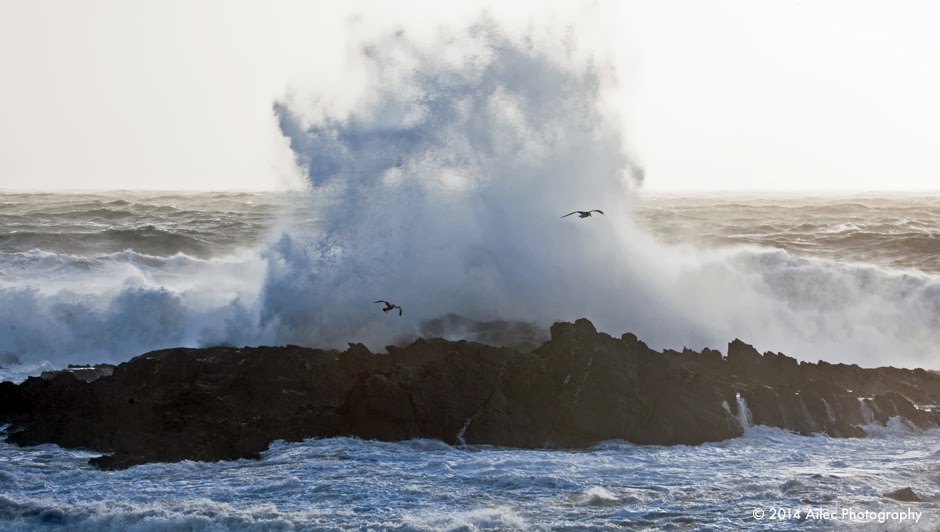 Yesterday I was awoken in the morning, by a booming and shuddering within the whole room. I knew that Storm Christine was in progress, and indeed, for most of the night, we had listened to the wind and the rain battering the south-west corner of our sea-facing cottage here in West Cork. What I hadn't expected was to feel the full force of the gusts quite like I did. Himself had had to leave in the early hours - motorbiking (!!) it to Cork to catch an early plane back to the UK, and in his haste, it seems he didn't quite secure the back door. Christine saw her opportunity, and entered without knocking. I don't know quite how long she was doing her whirling dervish act around the rooms but mutt was in a state of quivering shock by the time I raced downstairs to politely ask her to leave. She did so with one last decisive howl as I pushed the gaping door firmly shut whilst standing in a squelching puddle on the door mat.

We have had on-off gales (mostly on) for the whole time we have been here, which is to to be expected, seeing as it is Winter. However, this time they have done their worst either on the far north-west and west coasts, or as this latest, Storm Christine, hitting Irelend square-on the south-west corner. The tidal surge was apparent when I looked down to the strand, some 400m below, where waves were washing over the road and reaching high up the soft muddy cliffs, sending drifts of salt-laden mist inland.  Watch Video  Gulls were battling to stay around the land/sea margins as the wind continued unabated. I soon saw on line reports that coastal areas had suffered, including Tragumna, which is on our usual route into town. Garda had closed the road and so there was little chance of trundling along with my camera...

What? I'm a photographer! You didn't expect me not to go out with my camera?
Rather than go too far afield, I just trundled locally, using the car as my protection - for what little use it was! Salt still sprayed and foam still blew up from the boiling sea, finding its way in through the open window. I rattled off some pictures, constantly having to clean the lens - the kit is now in cleaning progress.
The selection here are none of the impressive sea-meets-man images that have swamped the media. Instead, a snapshot of how storm, light and nature interact. 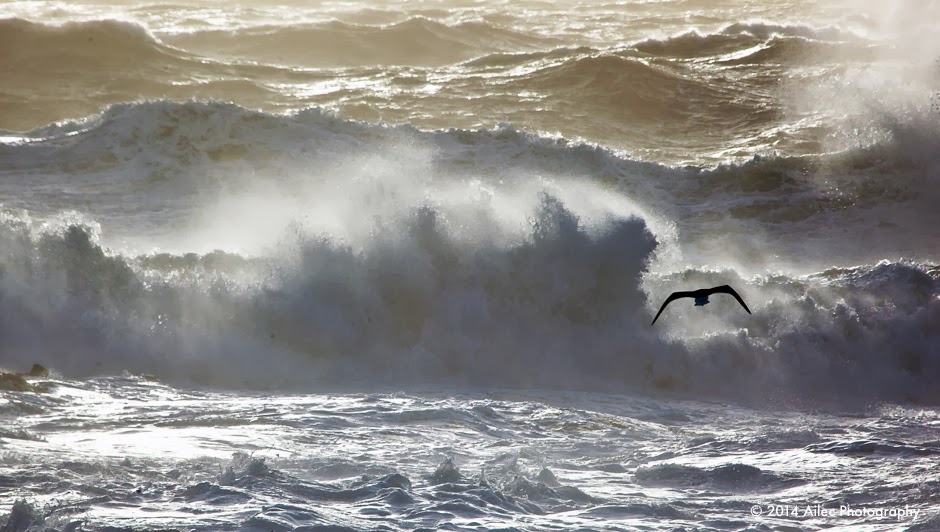 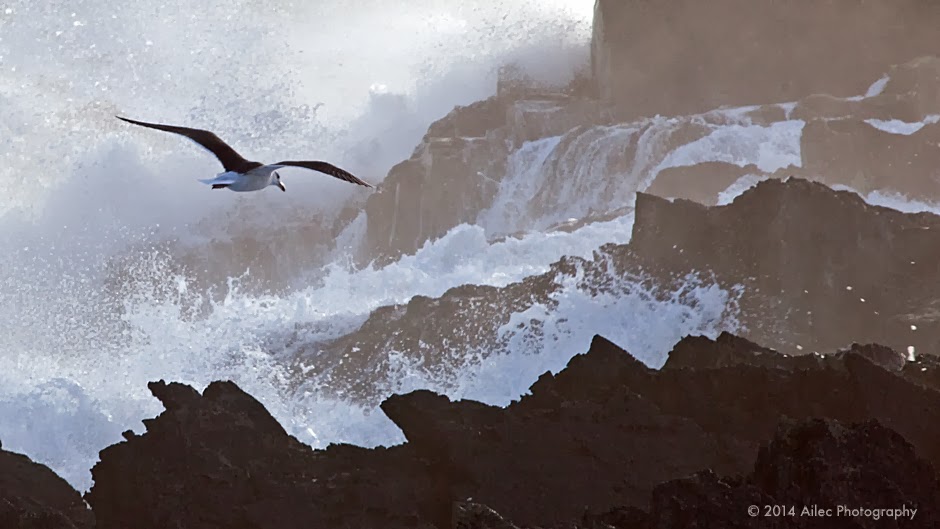 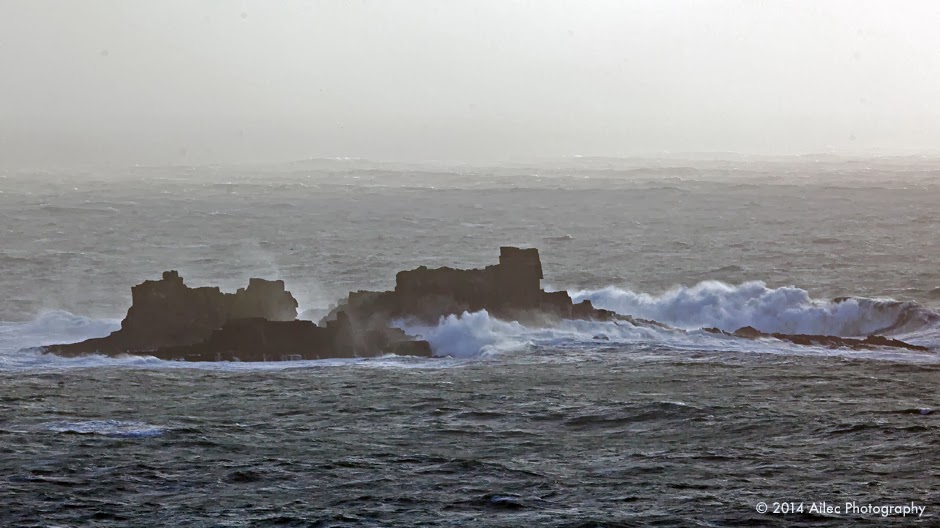 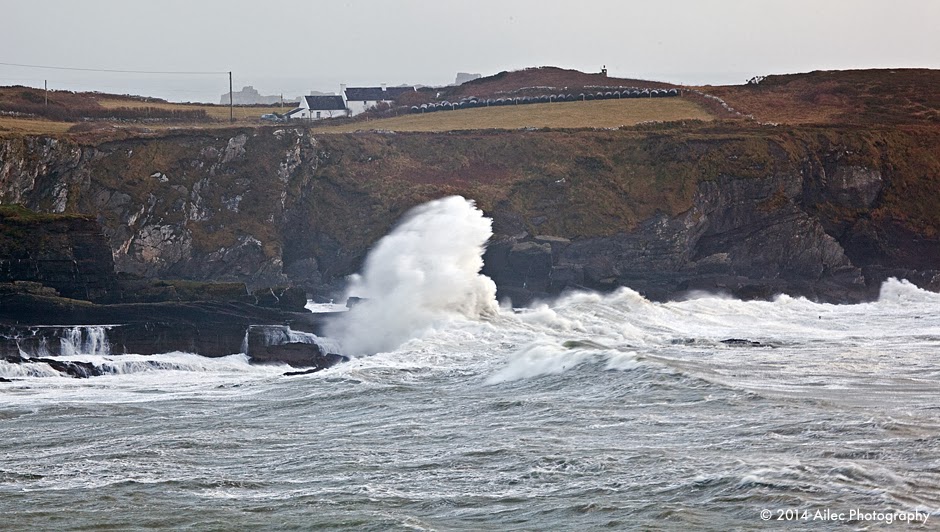 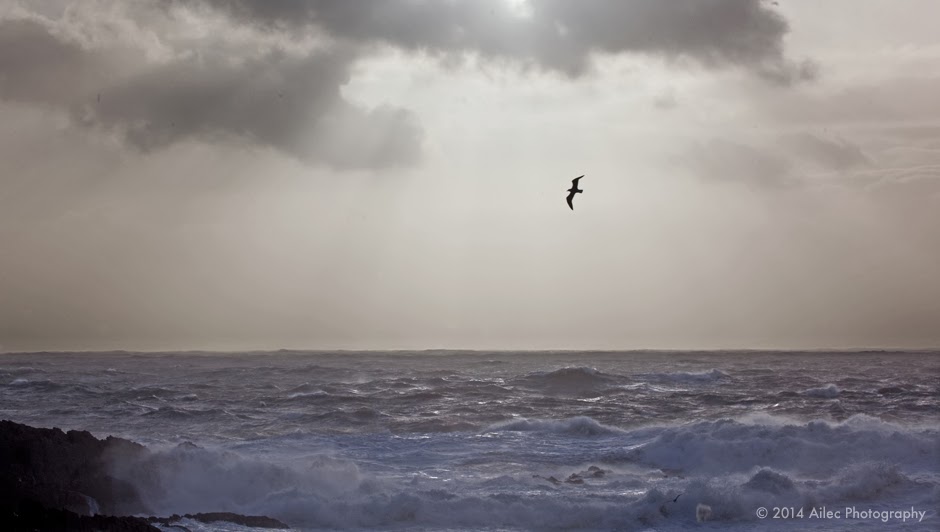 Typically as we approach our penultimate day of this break, the weather is set to improve, although Christine is still trailing her windy skirts behind her.