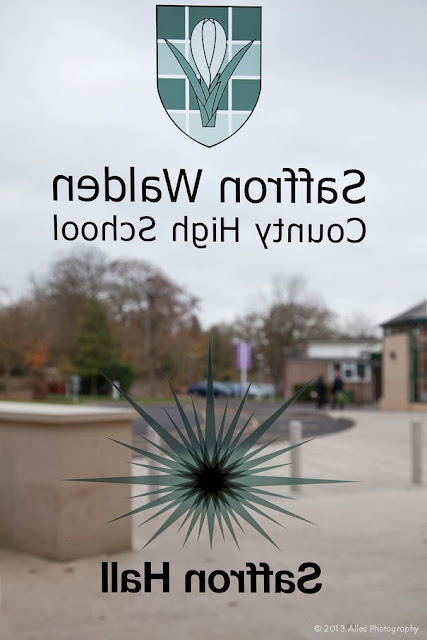 It's been a facility that I, and the town of Saffron Walden have anxiously been waiting for -
Saffron Hall, a state of the art world class concert hall officially opened its doors last night, and the honour of cutting the ribbon went to Good Life star, Penelope Keith. I hadn't secured a ticket for this first concert but I was in the door at the soonest opportunity after that, which was the Open House event this morning. 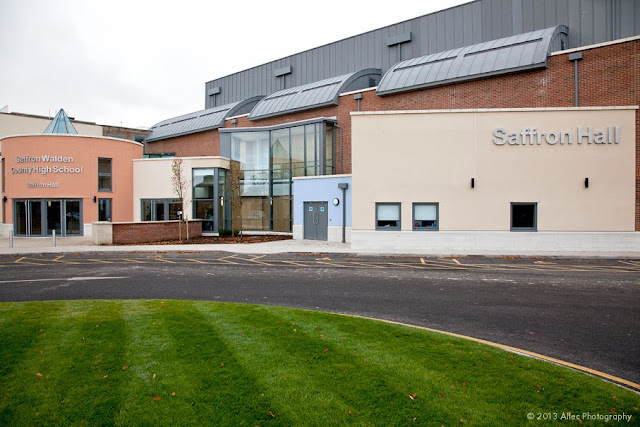 During the past couple years I had been watching with interest as the building work progressed.
Formally a typical, out-dated 1950's school hall where I had endured more than my fair share of uncomfortable parents evenings and draughty school concerts, it had been demolished and then transformed into an amazing amenity for both the school and the town. 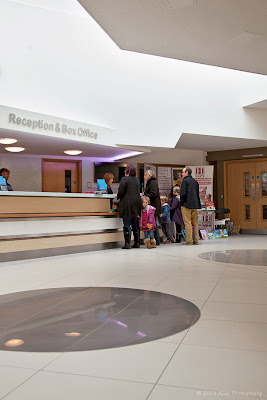 With the successful Saffron Screen, an independent community cinema already operating within the highly regarded Saffron Walden County High School, the idea of running a shared concert hall and theatre with the town was not a new concept.
The redevelopment encompassed the school reception desk which also doubles as a box office for both Saffron Screen and now Saffron Hall. 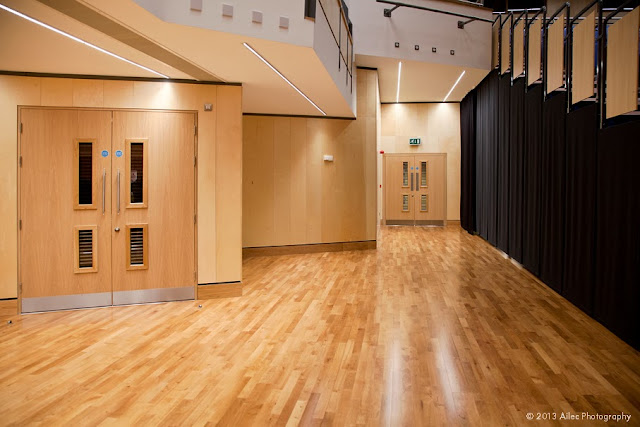 On entering the stylish multi-purpose hall, I was not prepared for the sight that greeted me. Gone were the shabbily curtained floor-to-ceiling windows of the old hall, in favour of a simple and yet beautifully timbered enclosed space.
A space far bigger than I ever imagined it could be.
Stunning! 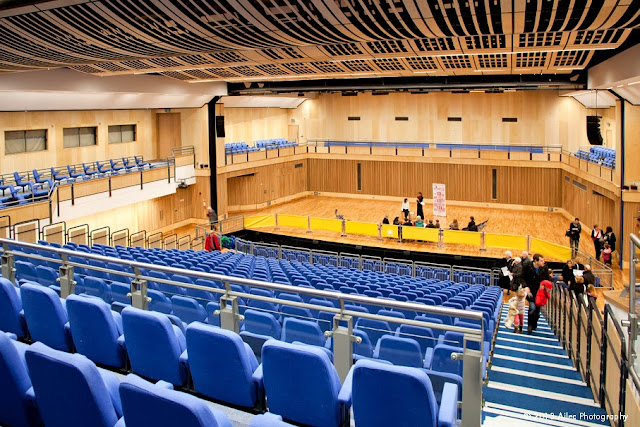 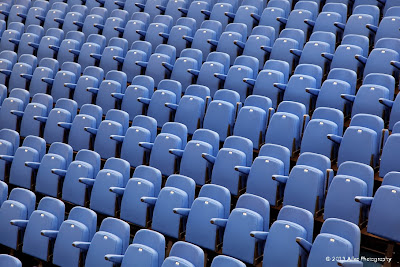 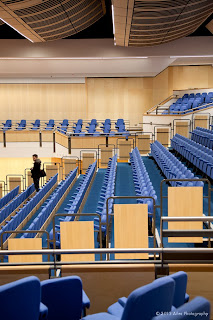 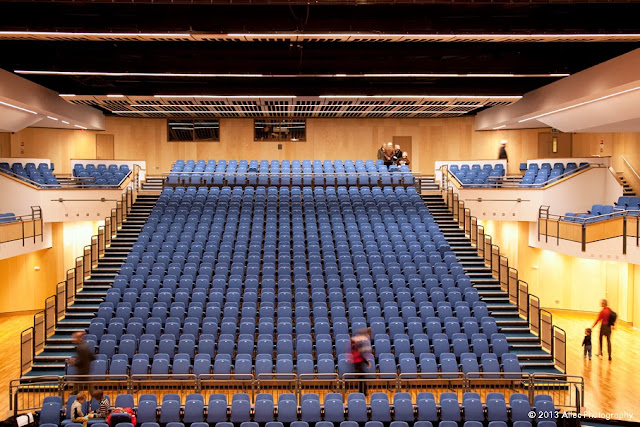 The retractable and versatile seating, similar to that already used in Saffron Screen, allows the space to be used for many different functions - including parents evenings and school concerts (How envious am I?) 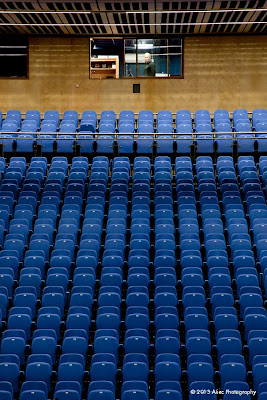 The seats aren't the only flexible features of this incredible hall. With a control room that would be the envy of many a schools rickety lighting and sound box, there are special controls which give Saffron Hall a functionality which would not be found in even the best non-school halls. 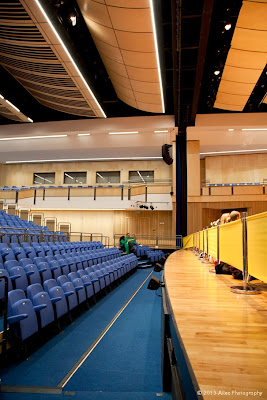 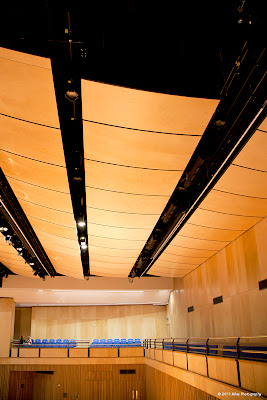 That flexibility is for the acoustics of this new performance space, which are adjustable to suit the particular event - be it drama, choral or orchestral. Simply by moving the panels within the ceiling, it will create a space which will optimise the sound - quite remarkable!
As might be expected, at either side of the stage area are curtains and panels which can also be moved into position to make a theatre stage - a truly flexible space. 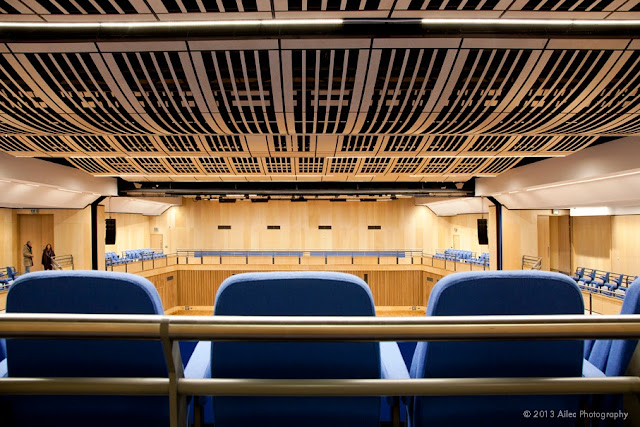 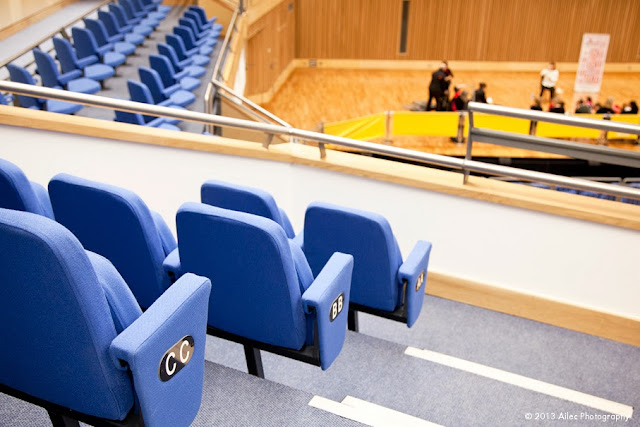 Today, during the Open House, the stage space was hosting a variety of performances, beginning with Children's Storytime with author and illustrator, Rebecca Patterson where the 3-7 year olds were entranced by the story of
"My Big Shouting Day"... 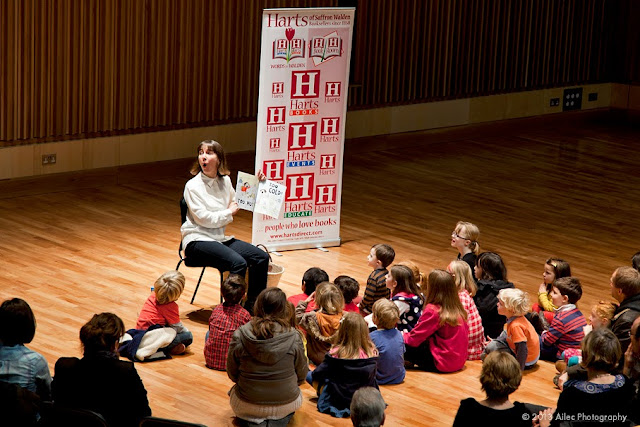 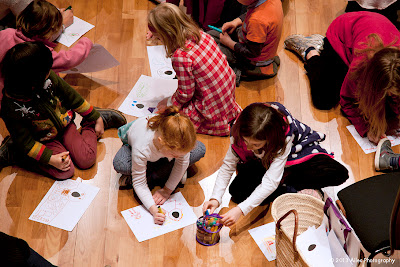 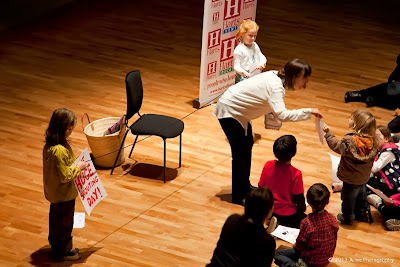 ...and there will certainly be plenty to shout about when it comes to performances in Saffron Hall.
I'm very much looking forward to enjoying my first concert or theatre production there - no more muffled orchestral concerts in halls or draughty churches which were never designed for the purpose.

Taking a look through the coming programme of events, there is a dutiful selection of spoken word, classical, choral classical and musical theatre coming up, which is very commendable. However, in my opinion I feel it might be a little short sighted not to encompass all forms of musical performance. After all, having had two children who passed through the excellent music and drama departments within the school, and where every type of music was encouraged, I would dearly like to see music of the less classic form also being celebrated and performed within this state of the art hall. I understand that the acoustics were optimised for classical performances, but with such variable acoustic configurations, it should be possible to create a space ideal for non classical music too - and I expect that with these near perfect conditions, where it is literally possible to hear a pin drop, amplification would hardly be necessary!

I may make myself unpopular by saying that but it should be something to be considered sooner rather than later as there will be a whole section of the local community who, as a result, will not visit Saffron Hall and which would be a dreadful shame. 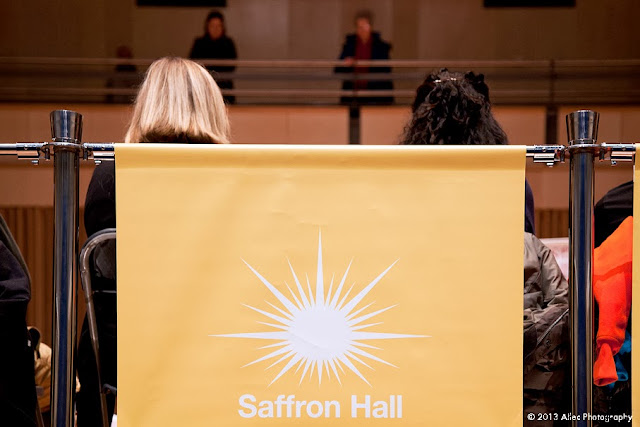 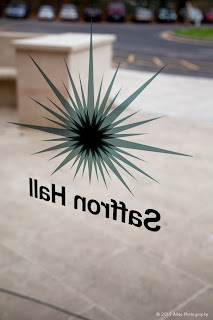 That said, my verdict - An incredible facility which will enhance the facilities of both the school and the town of Saffron Walden, as well as having the possibility of increasing the cultural tourists to the town.

I wish Saffron Hall much success.
Posted by Celia at 1.12.13