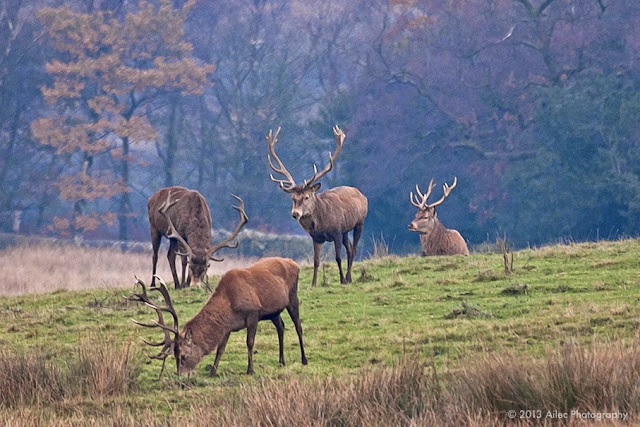 This weekend, I have made the journey north to visit our eldest offspring in Manchester. Sharing the same passion for wildlife photography, we took ourselves off to Lyme Park near Cheadle on Saturday afternoon, in the hope of spotting a few parkland deer. For those of you who have followed my blog for a while, you will know that this is a slight departure from my usual method of deer observing.

The sunshine of the morning had given way to the chill of a wintry afternoon, with ice skimming the edge of the lake and the dog water bowls outside the tea bar. We decided to pass on the offer to view the famous shirt worn by Colin Firth in Pride and Prejudice, which had been filmed at Lyme Park a number of years ago. Instead, we chose to make our way along the tracks out into the park towards the deer reserve. At first we couldn't see any of the resident red deer but very quickly we spotted one, two, four, a dozen... I had seen similar numbers with my 'own' fallow deer herd but the difference being, these deer were comfortable in the presence of humans, unlike the fallows.

The light levels were getting quite low and although the deer were naturalised, they still kept a careful distance between themselves and the path, so photography was going to be a case of wait and see. However, there were a number of stags with full-blown sets of antlers who decided to grace us by strolling by, two of them stopping for a few moments to have a set-to with much clashing of antlers. It was lovely to see and we both stood and watched, grabbing a few shots here and there, when eventually the deer emerged from the grassy cover. By now, we were getting rather chilled though, and as we made our way back past the old hunting lodge known as The Cage, the draw of the National Trust tea shop became rather strong. The inevitable cuppa had to be the way of rounding off a brief but very enjoyable visit to this country park. 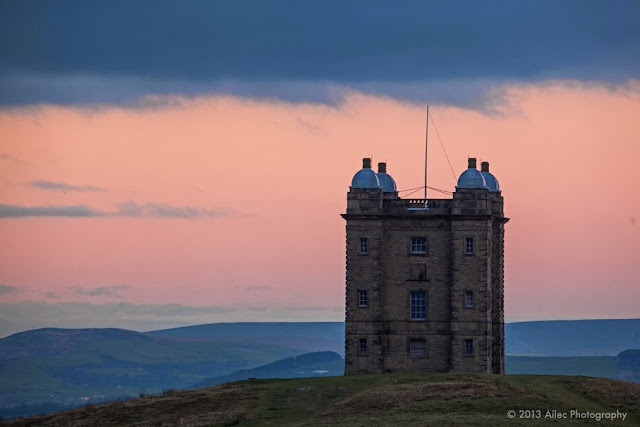 However, magnificent as these naturalised parkland deer are, I still can't help but think, that there is something just a bit more rewarding for me in those few valuable shots of the really wild deer I have caught in the post dawn hours on my local patch. I do feel that I was rather 'cheating near Cheadle!'