...but turn off your Flash 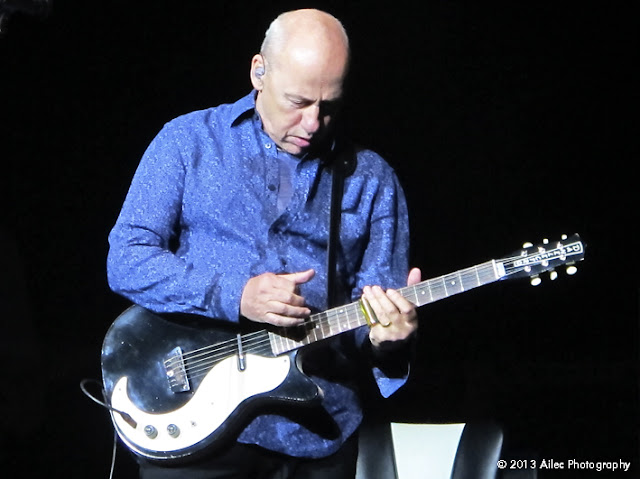 Those were the words uttered to us by the usher as we were shown to our seats at the Royal Albert Hall last night. We were there to see Mark Knopfler on his current Privateering Tour, and as we have seen Mark on pretty much all of his tours in recent years, we were familiar with his policy on photography. In fact, in previous years, the rule was a categorical 'no photography' policy. Clearly exceptionally hard to police and with the dramatic changes in photographic devices over the years, it seemed that on this tour, it had influenced a change in policy to:

"Please note that Mark Knopfler has no objection to fans bringing into the show cameras and personal recording equipment to record the show, providing such photographs/recordings are for private use only and these activities do not interfere with the enjoyment of other fans.
CAMERAS, including digital cameras, can be used by fans to take photos of the show, provided it is for personal use and non-professional purposes. Any camera with removable lenses are not permitted."

We were going to this event on a purely 'to enjoy' basis and I, and no doubt many other gig-goers were delighted to see a relaxation in the photography policy although I still had that gut niggle about one thing.

Yes, it is the age-old problem of people:
1. Not understanding the request of 'no flash'
2. Not knowing the principles of photography ie flash is only of use in the right circumstances (and this isn't it!)
3. Not simply knowing HOW to turn a flash OFF.

As you probably already know, I prefer not to use flash as a rule anyway and in this type of music / theatre photography, just never. Apart from it being ineffective from such a distance, it is also highly distracting to the performers and irritating to both the performers and other members of the audience. (For that matter, the little focusing beams are irritating too)

And so it was, all evening, those little tell-tale statements of
"Look at me! I'm taking another photograph and... *flash* oops!
from various corners of the hall.

I suppose, just as people forget to turn off their mobile rings, the flash syndrome will never go away completely either.

So, rant over, how was the evening? 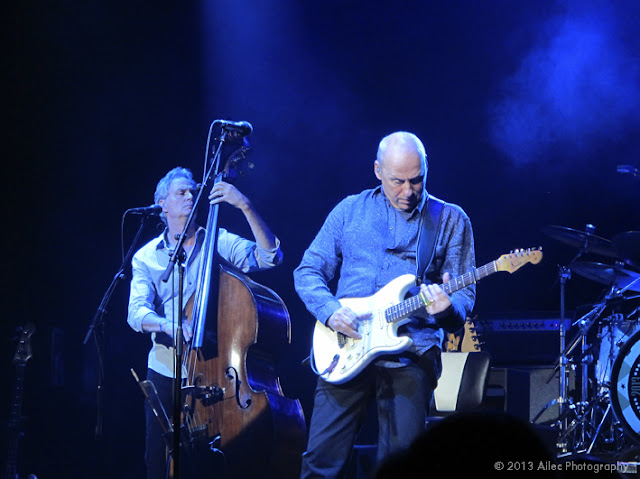 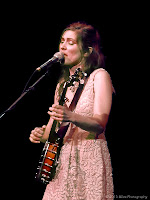 Brilliant as always! He is a true musician and performer, plays with passion and he and the whole band always show how much they are enjoying themselves. Many's the time I have been to a gig and have been lucky to have about an hour of the headline act after one or two mediocre support acts. Not with Mark Knopfler. In fact it is only the past two tours that he has had a support act at all, normally choosing to be the only act of the evening. This time though, he had a young Canadian, Ruth Moody as his support. A good choice for two reasons, one, she was good - none of the 'when will this finish' feeling, two, she actually performed on some of the tracks from the Privateering album.

Following the support, Mark came on stage at around 8.30 and the last applause from the standing ovation was heard at 11pm. Two-and-a-half hours of pure music, both new, past, and from the Dire Straits days. 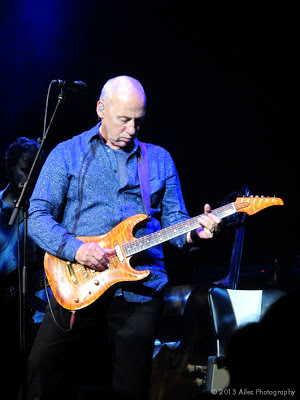 Guitar changes were frequent with all of the iconic instruments taking a turn on stage, and boy, can the man play?!!! 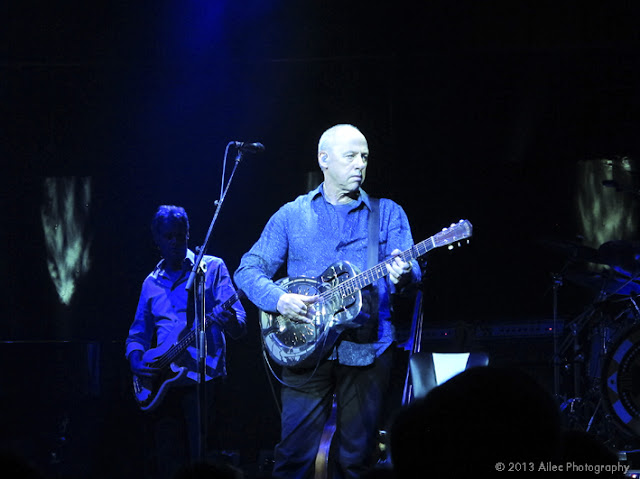 Sadly, the evening was gone in a flash, and so until the next tour...

Oh, and the camera? My little G12 of course.