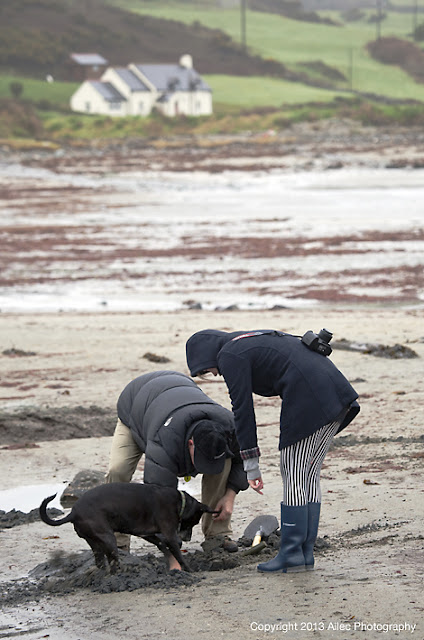 Have you ever wondered what those little 'walnut whip-like' sandy heaps are on the beach?
OK, so you possibly know they are produced by a worm but which worm and what do they look like?
On a damp January day, we set out to investigate.

Having checked the local beach bylaws as best we could, we found no apparent restrictions on digging on the nearby strand. Our digging was not to be for collecting bait though, and which is the more regular reason for disturbing these casts made by the lugworm, as it is the preferred bait for cod fishermen. In the past and during the plentiful years of cod angling, my other half had on occasions, dug lugworm for bait. This time, it was a curiosity question by the eldest that prompted the latest venture with a spade.

You might have on occasions, seen a band of workers armed with forks and a bucket, down on the beaches, busy stooping at the low tide mark. These would be the bait diggers after the fat lugworms, either for their own use, or digging for commercial use. This practise, if not managed properly though, can lead to environmental and sustainability problems, (as highlighted here by the Marine Bio Organisation)

"Lugworms are harmless and often an angler's preferred bait for fishing cod... Such bait digging by sport fishermen is widespread in Britain and it is estimated that 75% of the members of the National Anglers Council in the UK dig their own bait. It has been shown that it takes at least a month for a dug-out area of lugworm beach to be repopulated near to its original density (McLusky, 1983)." 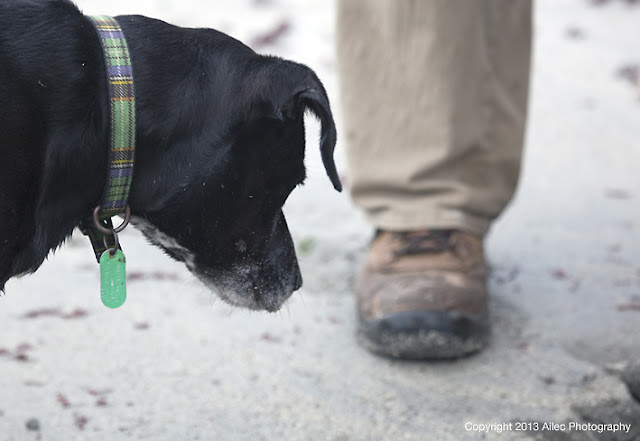 However, this time, we were just after one specimen of these useful sand re-oxygenators and food source for birds, such as the curlew. By understanding the habits and taking care where to dig, chances of damaging the worm with the spade were minimised. They live in a u-shaped burrow with a depression visible in the sand at the head end and the familiar cast at the tail end, created when the worm expels the sand after removing the useful organic content.
Needless to say, mutt looked on, desperately wanting to help out with this search.

It wasn't long though, before we had our first fat lugworm, which can take up to six years to mature to full size. Sexual maturity comes at about 2-3 years with spawning happening at low tide, for only a couple of days during a two week window in October / November. After developing for a while in the female burrow, the larvae are washed to the firmer areas of the sand and continue to grow until they are mature enough to be washed back to the wetter sand where they can start to burrow. Each year as they grow, the worms move further towards the low tide line, which is where the mature worms are found. 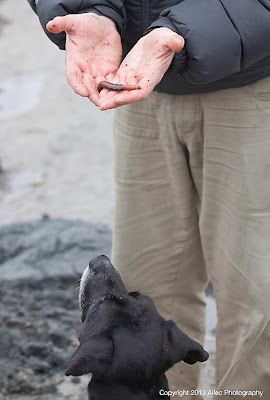 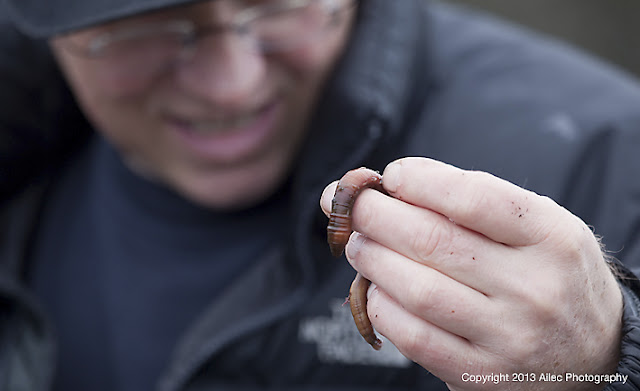 The body of the lugworm is segmented with bristles being present on the middle section along with the gills. Like some reptiles, lugworms have the ability to re-grow their tail, part of the useful method of self defence. 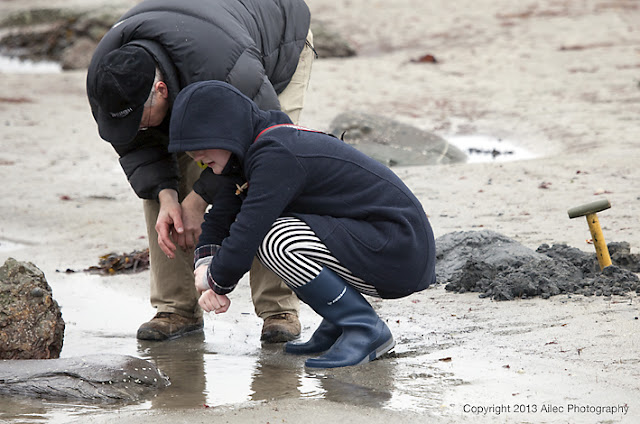 After this investigative lesson, our specimen lugworm was returned to the beach where, in the space of two minutes, it dug its way back into the sand.
The spade holes were filled in and it was left to the tide to continue the daily pattern of life.