Needle in a Haystack 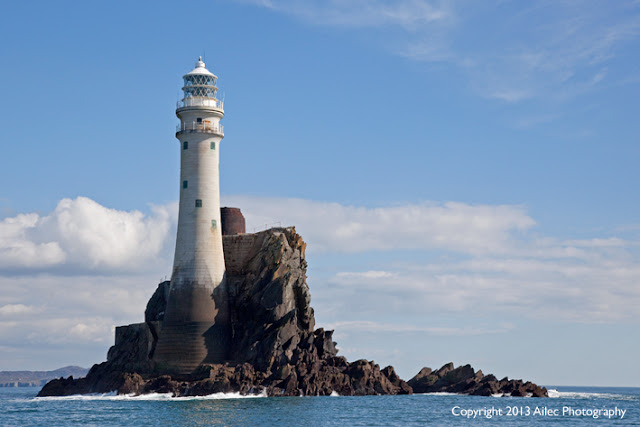 The Fastnet Rock and light house which was to be the turning point today- quite literally! 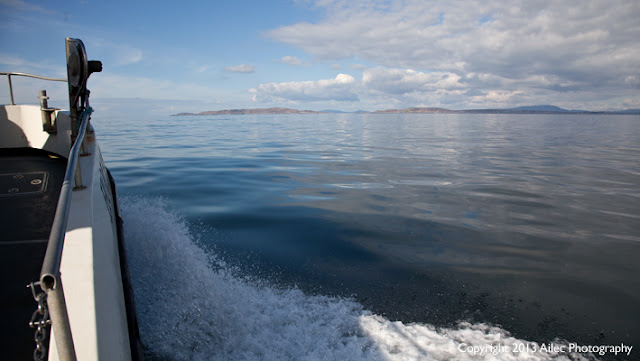 We had motored our way along the Southern West Cork coast this morning, in conditions which could only be described as perfect. So glassy-calm was the sea, it was possible to catch the reflections of the clouds in the water. Despite the glorious sunshine warming our backs, the air was still chill but after all it is only March.

So what were we doing? On Monday, there had been a sighting of a new Humpback whale just off Baltimore. Whilst this sub-adult whale was feeding, it had been possible to catch photographs of the dorsal fin which confirmed it was indeed a new visitor and was numbered HBIRL22. For the second year running, the Humpbacks were in the waters where they had not been recorded during March or April before. To the IWDG this was exciting news and a research trip on the Holly Jo was quickly convened for today. Fortunately for me, I was still going to be in West Cork and jumped at the chance to go and be a pair of eyes in the search for HBIRL22.

All along the coast, past the Stags where I had watched the early whale visitors last year and on past Baltimore where this new little fella had been spotted on Monday but we saw nothing. We knew from the start that it was going to be a needle in a haystack search but undeterred, we kept our watch as we motored on towards the Fastnet Rock, which became the turning point on our trip. The circumnavigation of 'The Teardrop of Ireland' was a first tick for me. Some 17 miles as the crow flies from our bedroom window, and from where we can see it flashing at night, it had become a definite must visit, although this wasn't what I had been expecting to photograph today. Rather we had hoped for the fluke shots to complete the essential cataloguing for research purposes.

Meanwhile, the ever opportunistic Colin Barnes threw a fishing line overboard, and along with Padraig Whooley of the IWDG, they amassed a box full of pollock, enough to feed everyone for dinner tonight (apart from me as the' low fares airline' wouldn't be too impressed with me stinking out the cabin on my home bound flight tonight!). 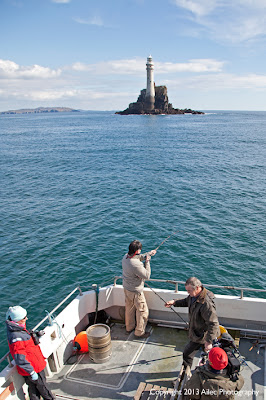 So this became the overriding memory of the trip today.
Calm seas, sunshine, Fastnet and pollock, but no Humpback whale.

Such is wildlife life.


Here is a link to a GPS tracking of the route we covered.
My thanks to fellow IWDG member Robert Newton for letting me share this.