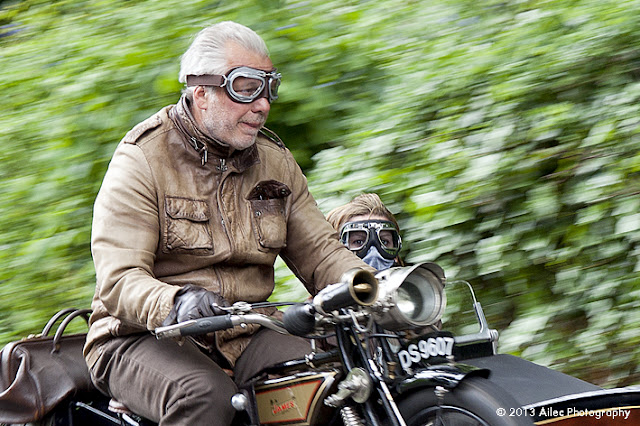 After the buzz of the TT post the other week, let's go right back to the beginning with motorcycles all built before 1931.

Over the past thirty years, I have been to watch these old machines at a particular summer event on a number of occasions. This has mostly been due to the fact that himself has a passion for two wheels. So, coupled with the fact that we haven't been for a number of years, and the newest member of our family also has a passion for two wheels, it seemed a perfect reason for us all to set off on Sunday, picnic-in-panniers, to watch the annual Vintage Motorcycle Club 'Banbury Run' take place, starting from the Heritage Motor Centre in Warwickshire.

It is amazing to think that enough of these old bikes are still road-worthy enough to be able to get together to make such an event but nearly 600, mostly British, veteran and vintage motorcycles took part.
With almost a complete lexicon of all the old manufacturers names,
from Ariel... 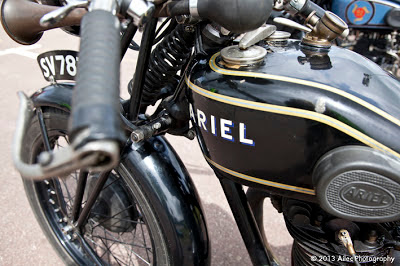 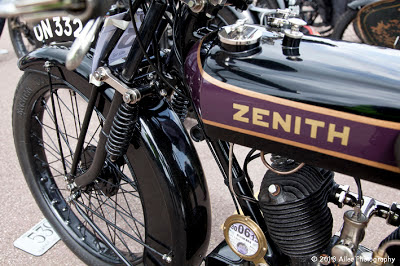 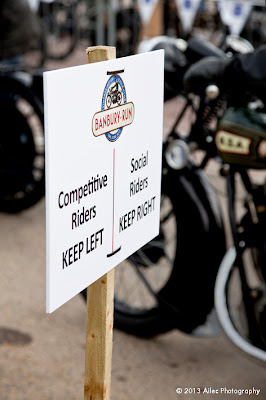 riders could choose to be competitive... 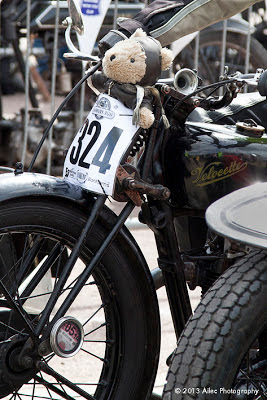 or just social and for the fun of it. 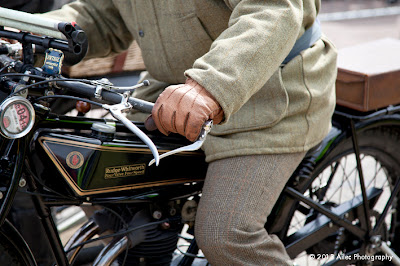 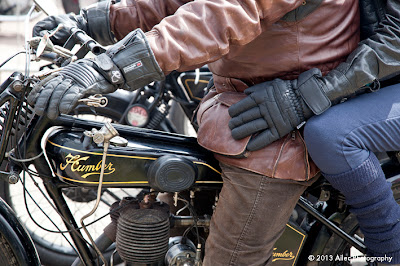 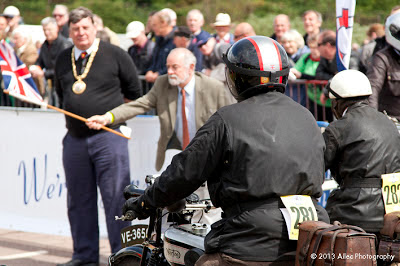 ...to those in a mixture of old and new, the riders lined up the bikes in batches of five, ready to be waved off at minute intervals, to cover one of the three circular routes. 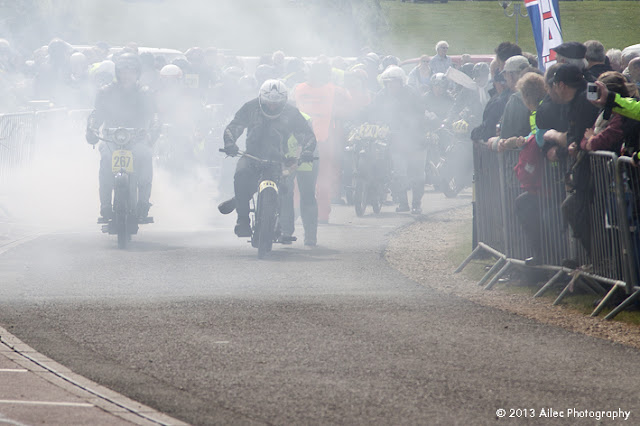 With such clouds of smoke and a succession of bikes queueing for the electric rolling road to coerce the aged machines into life, it was questionable as to whether some of them would actually make it all the way round their designated route.

All knew what lay ahead.
Cue the moment to hop back onto our own two wheels and head over to Sun Rising Hill. 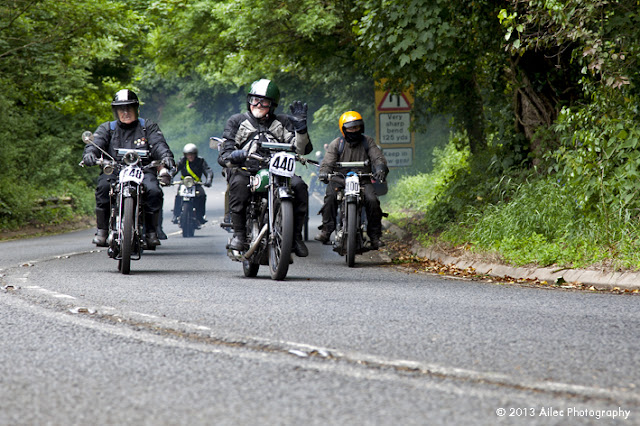 Situated on the A422 Stratford to Banbury road, Sun Rising Hill is the long, winding road from Warwickshire up over the wooded Edge Hill escarpment into Oxfordshire. It is notorious for the best wheels, let alone those belonging to this ageing band of motorcycles. It isn't any wonder that spectators gather on the hill to watch as these machines pop, wheeze and bang their way up the hill, with some seemingly covering the route with little effort. 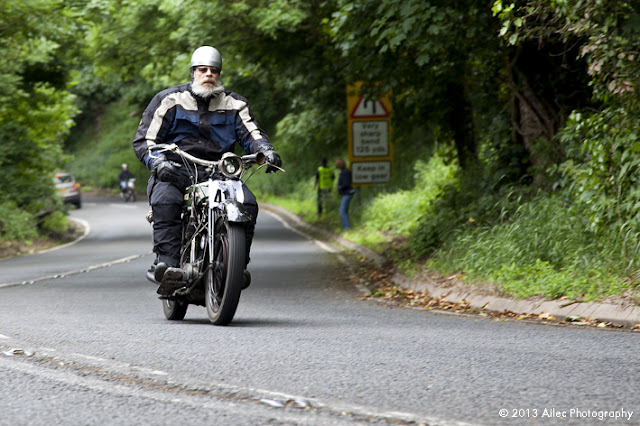 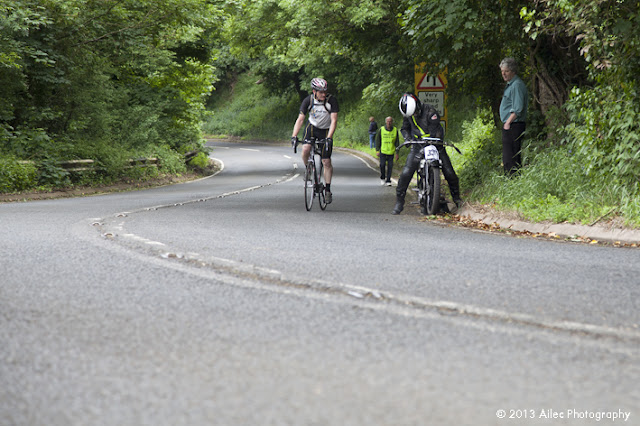 Others get caught out for any number of reasons.
But can you imagine the possible embarrassment of being overtaken by a cyclist?! 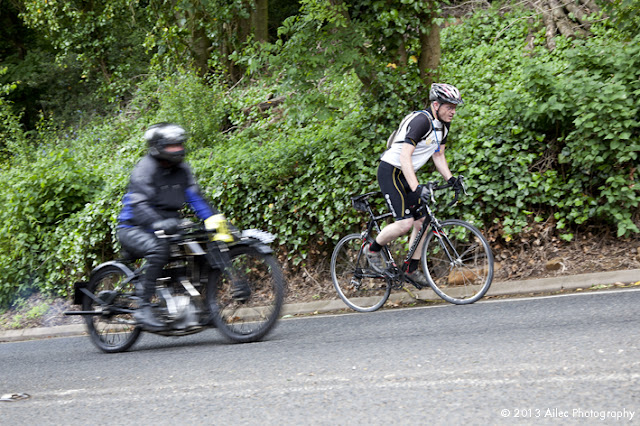 Hats off to this cyclist though for riding non-stop up a road where many spectators walked just a small portion, and wheezed worse than some of the old motorcycles! 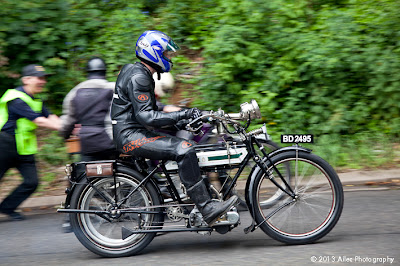 Countless machines expired just in sight of the top of the hill, relying on the VMCC volunteers and sometimes, spectators to give a friendly push to the top, whilst other motorcycles just plodded on past. 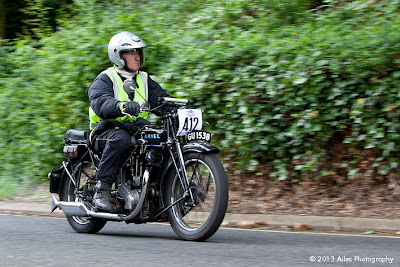 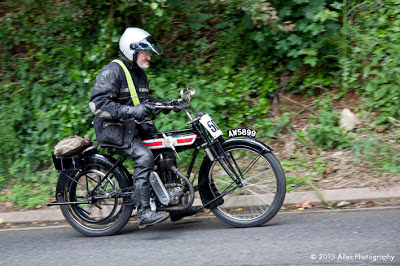 As machines went by, there was always the hope of that distinct whiff of Castrol R to confirm that the event was indeed running old and not modern machines. We didn't need the proof though. 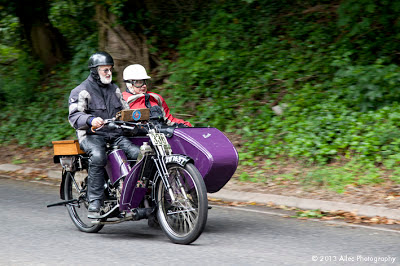 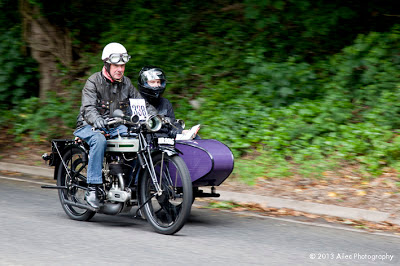 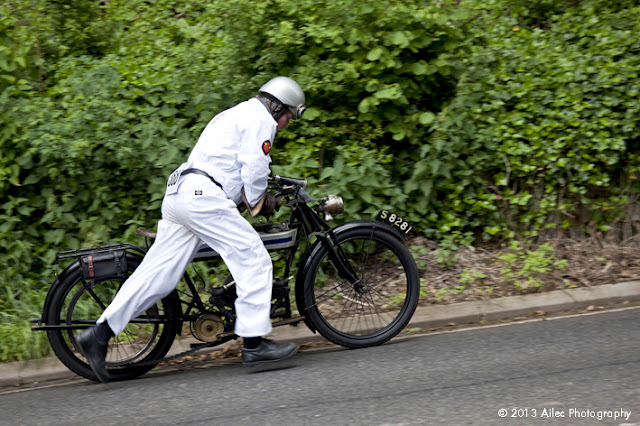 Some machines 'flew' up the hill but not necessarily quite as planned. 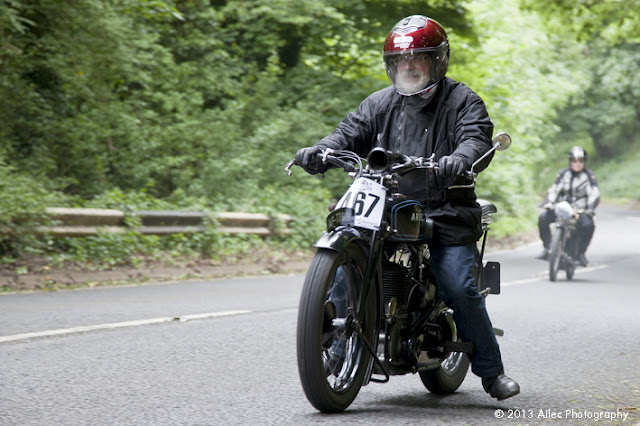 For others, touch-down would be imminent. 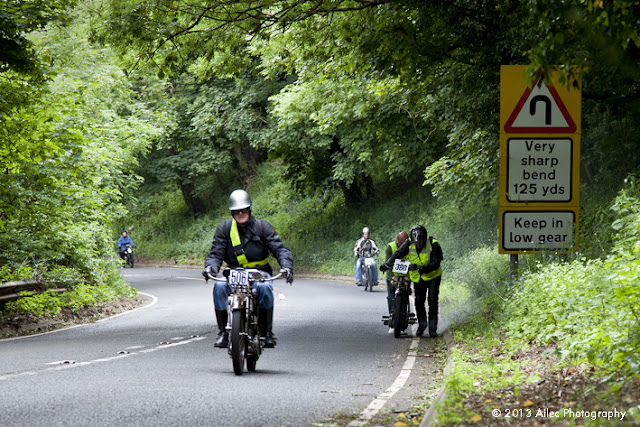 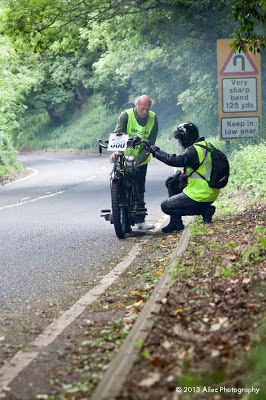 Whilst there were those with a long taxi back. 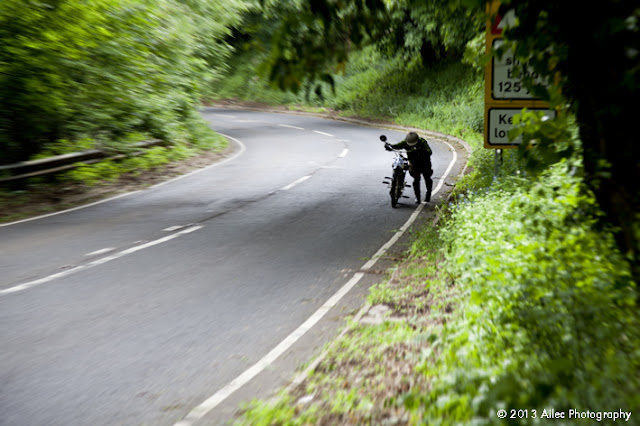 ...but there will always be one straggler.

Judging by my blog stats, it appears there are loads of you out there dropping in to have a look at this post
- and thank you!
Would be lovely if just one or two of you might leave a comment too. (Don't be shy!)