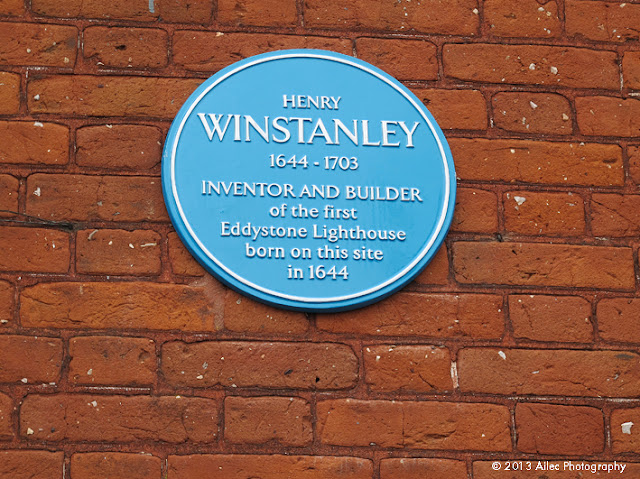 Today was a blue plaque day for Saffron Walden. The first of two days of unveilings of these special signs, which are traditionally installed to commemorate a link between the location and a famous person or sometimes an event for the town.

There are to be six new plaques in town with the first, commemorating Henry Winstanley, having been unveiled today by the town mayor, Councillor Keith Eden. 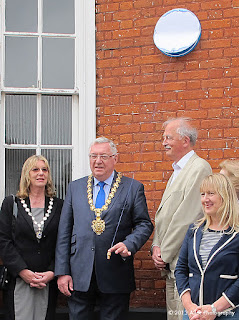 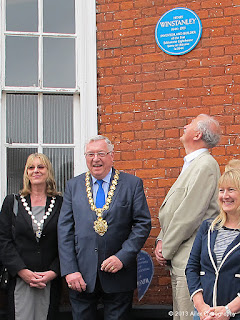 Preparations for the installation of these plaques had been going on for some considerable time. Indeed I had caught the town team in action with their 'blue lollipop' several months ago, where they were seen waving the it in front of Hill House, as a means of deciding the best location for the plaque.

Last minute preparations were being made to the careful cover on the Henry Winstanley plaque as I arrived in Museum Street prior to the unveiling this afternoon. 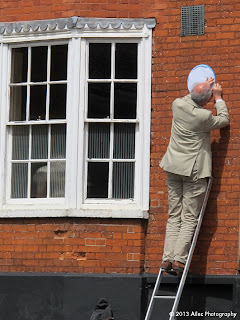 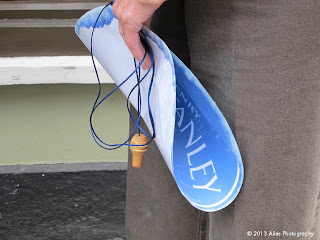 The further five unveilings will take place tomorrow, and include: 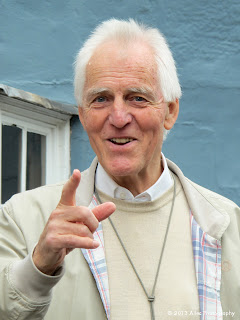 Much of the planning for this day had been undertaken by the Saffron Walden Initiative, so it was great news to find out on this same day, that Peter Riding, who tirelessly leads this group, had been awarded with the MBE in the Queen's Birthday Honours today.

Many congratulations to Peter!

...onwards with the unveilings tomorrow.