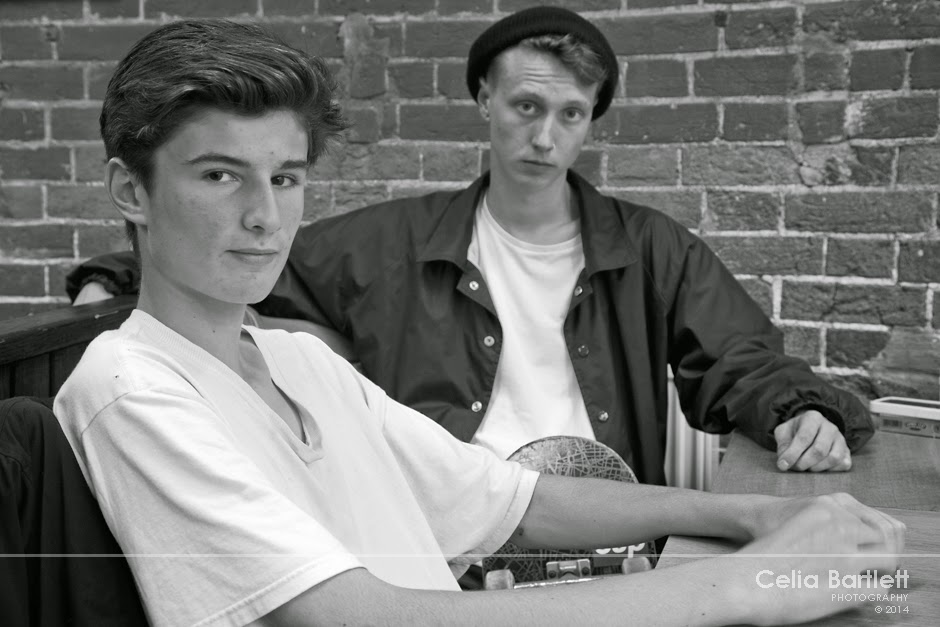 "Teens: I've often wondered if they find it as much fun as the rest of us living in this rural idyll!"

I should have known, it IS a Bank Holiday afterall! Yes, the rain put the dampers on the shoot I had planned for today so it had to be plan B. Actually, plan B was just as enlightening as I spent a couple of hours in a local coffee shop, chatting to two lads I had met at the skate park just last night.

When I knew I had the challenge to speak to teens, a bit of advance planning would be required to ensure enough time to obtain the appropriate permissions for potentially using the images of minors. The next move was where to find a sizeable group of teens willing to chat. Having done shoots at the One Minet Skate Park before, I knew there would be skaters quick to raise their hand to having a photograph taken, so off I went over the weekend, armed with the consent forms, and I wasn't let down for takers. All I instructed was, 'be there from 11am - no form; no photo'. However, just to be on the safe side I went back with a spare couple of forms to recruit a few more hopefuls only last night.

"Hi, I'm Brad by the way"
A tall lad in a beanie hat switched his roll-up to the other hand, as he offered me his right hand, which I duly shook. What a polite lad I thought, and we entered into a fascinating conversation about the whole skating scene. He is rightly proud of it, along with all his group, who were just rounding off their 'Lords of the Swords' 2014 tour at the park. At 19, he was at the upper end of the teenage spectrum but he had 13 and 16 year-olds around him, as well as a skating sister he might be able to recruit into chatting with me, in return for some shots of them in action at the park. We arranged they would be there from around 11am, unless the weather had turned wet, in which case, he would message me at 12 to arrange plan B.

This morning I went to the world class park at 11am but the only shoot I could do was to show how it could have been something quite exciting. 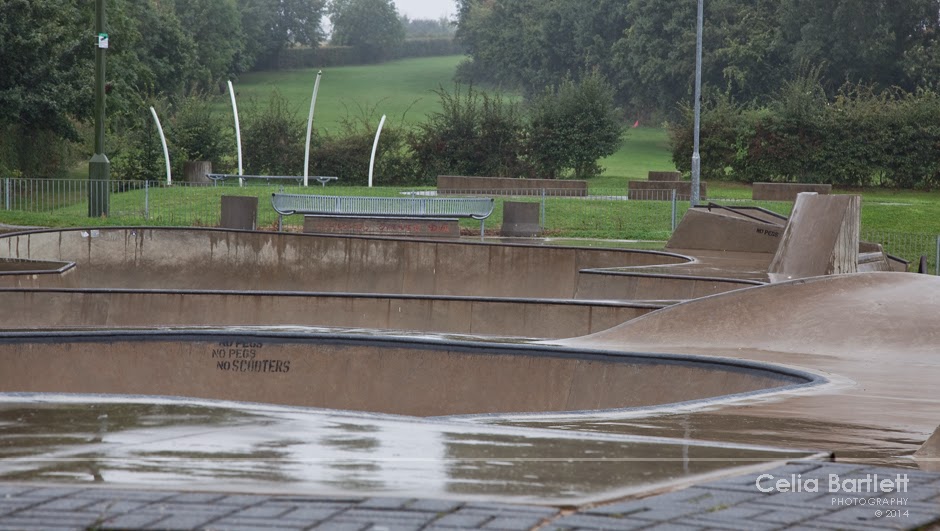 I realised those others who had also shown willing were unlikely to turn up in the rain (I apologise if you did) and I left to ponder my next move. True to his promise though, Brad messaged me at 12 and planned a meet with him and any friends he could muster.
Sitting in the coffee shop a call came through "I'm running late, I'm so sorry"
Not to worry, we had plenty of time, and I was just grateful that someone was keen to chat about teenage life in this rural idyll. Sadly, as it would have put an element of balance on the discussion, his sister was unable to make it but his 16 year-old friend Josh was on his way. As we sat and waited, Brad showed me their winning submission to the
Lords of the Swords - 2013 - How cool was that! I was really being impressed by the dedication of these lads.
After a little while, Josh arrived, and I have to say I was utterly gobsmacked as he walked the 3 miles from a nearby village, in the rain! Gosh - serious thanks here guys!

Over a couple of coffees and a cuppa, we chatted about the skating community and how the presence of the skate park had turned their lives around. They commented that alternatively, many of their peers would just sit on The Common listening to music or go to The 'Tem', the local pub favoured by the younger community, otherwise, there was very little else for teenagers to do in the town. However, both Brad and Josh had been introduced to the skate park by friends, and prior to that, were in a situation where they had no motivation to do anything, not even wanting to leave the house. So, when did the view about living in the town change?
Brad told me that it was when he was round sixteen he realised he didn't like the people - no specific sector of the people but he just felt he was "living in that area outside of the venn diagram" I could envisage what he was meaning. Going to the skate park he felt understood and accepted.
"Don't get me wrong, it is a safe and comfortable town but there are no opportunities here. I have to venture to Cambridge or London for those. The only thing here for youngsters is the skate park"
Josh agreed, there wasn't much to not like about the town although he did reference that there were rather too many of his contemporaries who didn't know how to behave and he didn't like that. I found that an interesting admission.
So what would make Saffron Walden a better place for teenagers? Both agreed an arts facility where the cultures favoured by the younger residents were available, such as the planned Hub. Even I could see the importance of something like that. Thankfully, with the wider world being accessible via the internet, the place wasn't as isolated as it could otherwise be and for now, that would be ok.
And where would they rather be then? For Josh, he dreamed of ending up in London, whilst Brad was setting his net wider and dreaming of going to New York, where the skating culture was the big pull. Good luck lads - may your wishes be fulfilled!

How fascinating! These were just some of the views of two teenagers but already I am sensing a far bigger story out of this and I know I am going to be back amongst these great kids very soon, even if it is just to repay them with the action shots I first promised them. I don't think this is the last of my association with the skating community.
Huge thanks Brad and Josh!