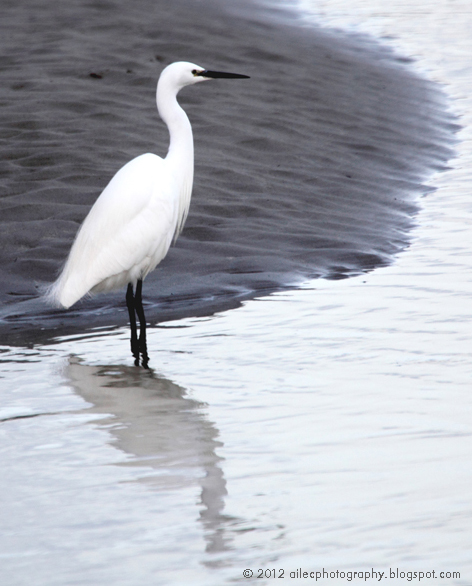 With a continuation of high winds plus the rain today, it was not very conducive to removing my camera from the bag. Thankfully though, on my drive from the airport yesterday, I was able to stop at one of my favourite spots in West Cork for winter bird watching. Whilst the summer months support a vast array of species at The Warren in Rosscarbery, the winter brings extra flocks of visiting birds. 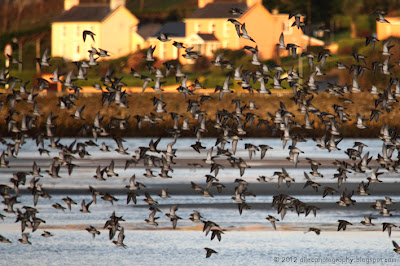 Arriving late afternoon, just as the sun was beginning to drop behind the high banks that enclose this lagoon, I sat and watched for some time as a huge flock of golden plover, all facing up-stream, paddled in the receding tidal water. Alongside them was a smaller flock of lapwing who were less perturbed by the vehicles passing along the lane that leads to the quay. The plover, on the other hand, would take flight at the slightest sound of an approaching car, providing plenty of opportunities to marvel at this avian mass performance. Meanwhile, a redshank continued to paddle in its search of a tasty meal, oblivious to the fuss going on overhead. 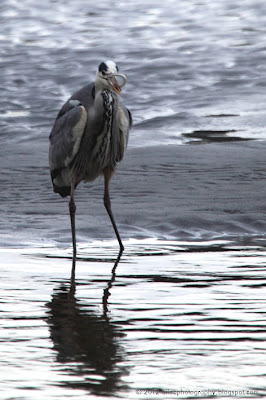 Also looking for a meal was a permanent resident that is regularly seen at this spot, the grey heron. Patiently it waited, occasionally making a controlled but sly move, as it observed the goings-on around its feet. That patience was finally rewarded with a wriggling fish. Meanwhile, the little egret paddling nearby (pictured above), gave up on its search, instead taking off and engaging in a short airborne spat with another egret.

By this time, the light was fading and the thought of a refreshing cuppa brought this particular visit to an end.
Posted by Celia at 4.1.12