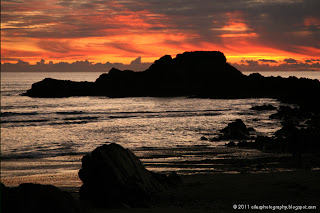 Now is the appropriate time for me to explain what yesterday's photograph was all about.
Holocaust Memorial Day is about remembering the victims and those whose lives have been changed beyond recognition as a result of genocides worldwide. From the Holocaust and Nazi persecution to present day atrocities in Darfur.

A number of years ago, I made a visit to Anne Franks attic in Amsterdam. It was a place with an indescribable atmosphere, where visitors passed through in reflective silence. Lower down in the building, a room had been set aside for an exhibition about the Holocaust and the other terrible events that had, and are incredulously, still taking place. This exhibition naturally used many images that had been taken during those years, and although I had seen some of the images before in books and on TV, seeing them right before me in a place so intrinsically involved, made them all the more powerful. Two of those images had such a profound effect on me that they remain forever in my mental album.

A simple internet search for 'piles of Holocaust shoes/glasses' will pull up those and countless similar images. You must have seen them before? Each time I see them I think about whose mother, father, brother or sister they had once belonged to - they were all real people. So it was with these images in mind that I staged a shoot as my rememberance tribute to all of those people. Representing the very personal items lost or abandoned by anyone moving through the opressive and manacing landscape, whilst caught up in this persecution.

I dedicate this posting to the lost brother of a man I will call Ahio, whom we met whilst in Tanzania. He has not seen or heard anything of his brother since he fled Rwanda.
Posted by Celia at 29.1.11

Email ThisBlogThis!Share to TwitterShare to FacebookShare to Pinterest
Labels: Holocaust-Memorial-Day