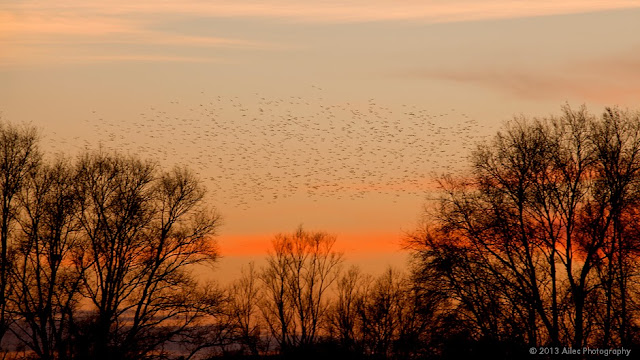 Over the past few years, I have tried to get there whenever I can during the murmuration season, some years being more successful than others. So it was with reserve that I took to the road late this afternoon in the hope I might just catch this spectacle. As I drove, I feared I might just be too late, knowing that once the starlings are down for the night, they really are down. I was a little worried when I saw a small swirling mass already busy in the sky when I arrived at the lakes. Would I have time to get parked up and get my camera out before it would all be over?

To be fair, it is getting quite late in the season for the best of shows, and so to see anything would be a bonus.
Then way over in the distance, beyond the bank of trees, they were spotted. A huge swirling mass of starlings on the horizon and it was clear they weren't going to move in our direction and fly directly over us, as I have experienced there in the past.

No sooner had I trained my lens on them and - bam! They were down. That was it. 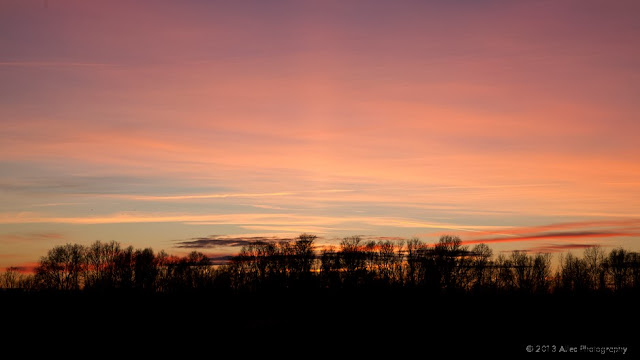 So, I was left with the beauty of the sunset. A feint single shaft of sunlight shooting up into the sky as the colours developed. Just so beautiful.

And, with a little patience there is usually an encore, and I wasn't disappointed. Around 15 minutes later, the sounds of the rooks and crows began to get louder and before long, the sky was full of the corvid homecomers. For around fifteen minutes, the sound of these birds masked the sound of the traffic rumbling along the nearby A14, as they all plummeted down and vanished into the darkness of the trees to the east of me. 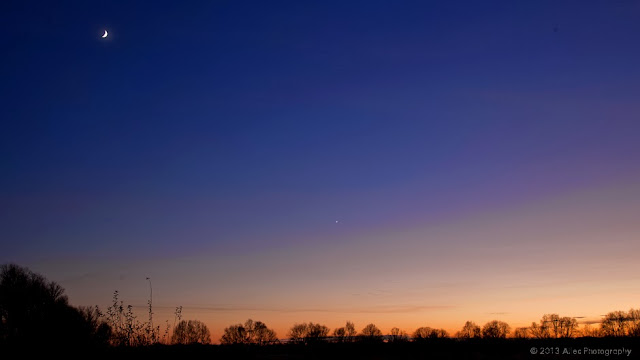 And now I was just left with the beauty of the blue night sky as it blanketed the warmth of the sunset.