Calm After the Storm 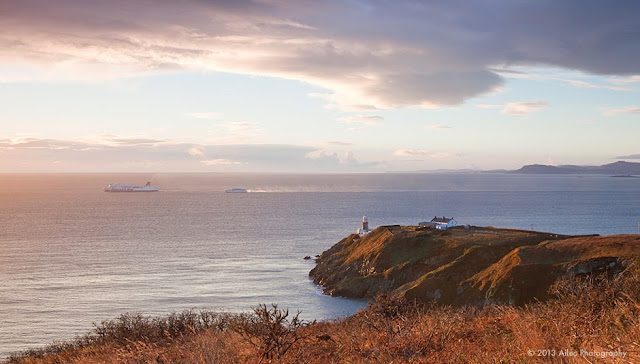 Early this morning, I was watching from Howth Head as the various ferries left Dublin Port to cross back to Holyhead. I had just arrived into Dublin at 6am myself and was slightly envious of the now calm appearance of the Irish Sea, as when I had left North Wales in the early hours, the captain of the Ulysses, the largest cruise ferry in operation, was apologising to the passengers. In the 24 hours prior to my sailing, one of the biggest storms to hit Ireland for some while, had made any crossing of the Irish Sea a no-go for some vessels and difficult for the remainder. I have made this crossing on many occasions and although I think my sea legs have improved slightly over the past few years, I still chose to share my journey with my trusty mates, Stuge and Ron.

As I lay down in my bunk, well away from the soon-to-be-green passengers milling about on the decks, the captain continued with his apology.
"Although conditions have improved from earlier, and although we will be using the excellent stabilisers on this ship, there will still be rolling during this crossing. I suggest that any passengers who may have a problem with this movement, should remain seated."
Then in the final breath
"I hope you enjoy the crossing"
Oh!
As it turns out, I knew nothing of the roly-poly crossing. In fact I had the best night sleep I have ever had on the ferry, and I guess it is thanks to those two mates.


So, what was I doing up on Howth Head - had I got a mean streak that wanted to watch how the returning passengers would suffer on the seas?
No, I had been invited by a photographer friend to quit racing straight off down to our usual destination in West Cork, and instead, make the most of the magic time of the Golden Hour, and explore some of the local landmarks first - and I'm glad I did.
Apart from Howth Head having some of the more desirable Dublin residences, it also boasts stunning views along the coast and back towards Dublin, and in the early light, and was worthy of a shot or two. 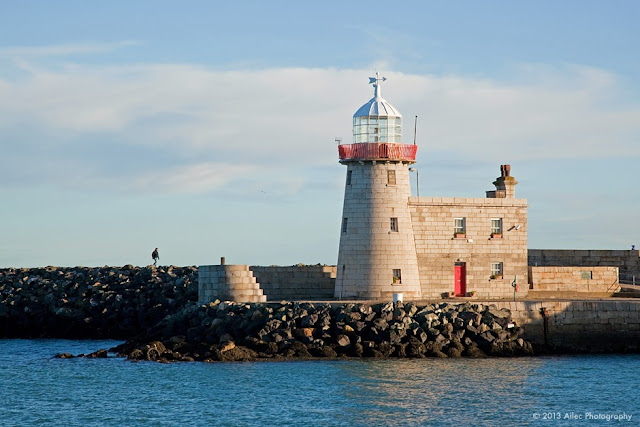 From the lighthouse on the end of Howth Head, we made our way back down to the harbour walls, where another lighthouse sat photogenically in the clear December morning light. I stood amazed that everything now appeared so calm when only hours earlier it had been the complete opposite.
Mindful though of my need to get back on the road I knew there were lots of interesting corners that I hadn't had time to explore but then it can be the thought of knowing that there is still that bit more to discover that will make anywhere worthy of a revisit. I guess mutt was pleased of the idea of not racing straight off from the ferry either. Although an excellent traveller, she appreciates these little breaks in the journey and it is because of her we often stop in places we would otherwise miss. This time I have Ray to thank for suggesting this interesting detour, oh - and there may just be an element of snap 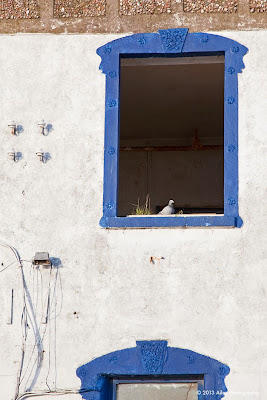 So it was whilst walking back down the harbour, past a variety of interesting buildings, I noticed high up in a non-glazed window, one last sign of the calm after the storm - a feral pigeon caught in the sunlight as it emerged from its place of refuge.

May this calm spell last for the duration of our current visit!

Understatement! We had some of the wildest weather, and when did it improve?

On the last day of course!

An image to prove the weather conditions, as experienced from the platform of the Swift (seen speeding out to sea in the first image)
Taken from the perspective of the sea this image completes the circle by looking back to Howth Head, near the end of the day and right at the end of the visit. 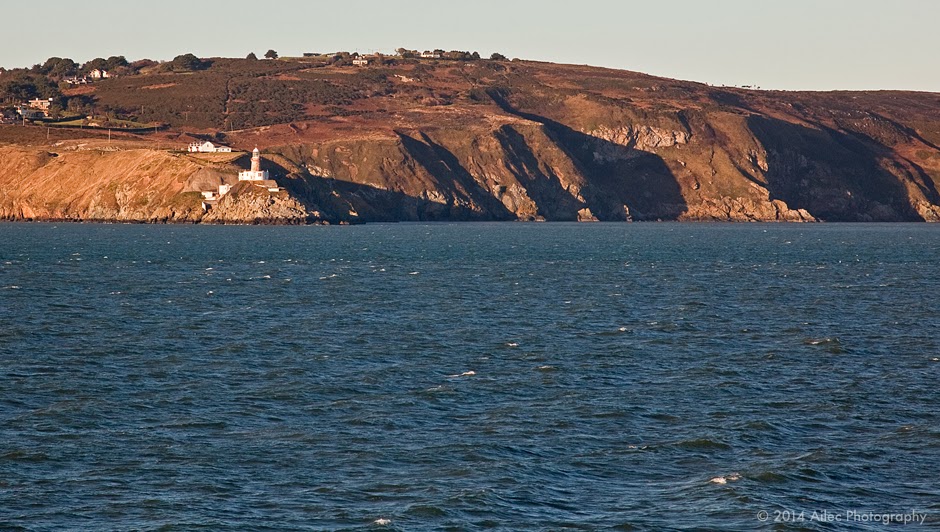