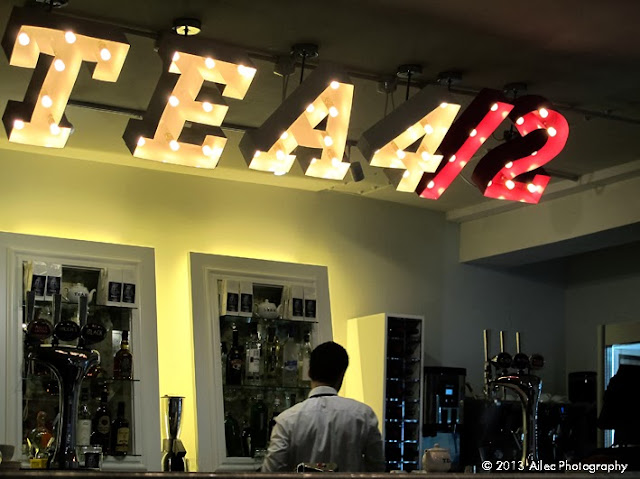 As many of you will know, I am always on the search for anything which will make my gluten-free life more normal. With our eldest also having recently joined the ranks of the increasing band of gluten intolerants, my weekend trip to Manchester to visit her, gave us both the opportunity to try out a brand new establishment in the city centre.

She had got wind of the opening of this cafe/bar, where their USP was to cater well for gluten intolerants, whilst mainstream options were also available. So it was no surprise to discover that the Managing Director, Will Hannah of Tea 42 is also a gluten intolerant. As I have always maintained, it often takes someone who 'walks in the same moccasins' to have the understanding and foresight to take the bull by the horns.
Bravo to him! 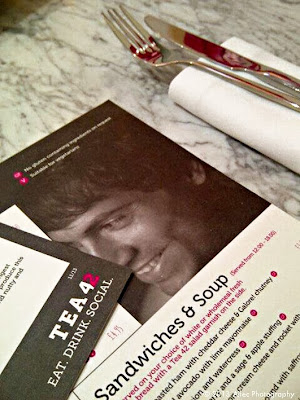 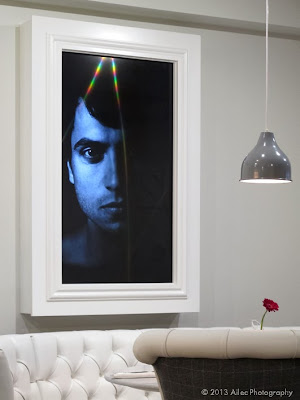 There was so much to choose on the menu, all clearly marked up for GF and, where appropriate, V. We had arrived for a late lunch, and having already eyed up the fantastic selection of cakes (all GF) in the display, we sat back in the crisp, stylish surroundings of this up-market cafe, to choose something hot from the menu. Before long, we realised we were being watched - not by the friendly waitresses but by the pictures on the wall, which were changing and moving, Harry Potter style! Following this little diversion we went back to the matter in hand and each chose just a starter/light bite. Daughter chose Oven baked Camembert with red onion marmalade and artisan toast and I chose Garlic mushrooms in white wine with double cream, again with the artisan toast. 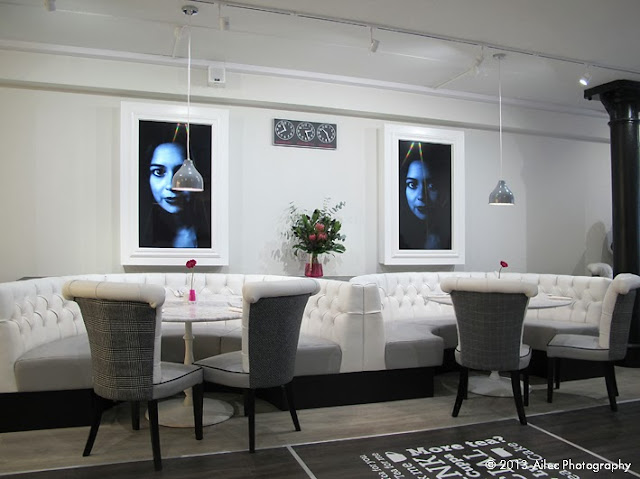 Also sharing the same passion for tea, the two of us were in heaven to find that, as the name suggested, Tea 42 specialised in serving up a huge choice of teas. Whilst we were waiting, we both ordered a pot of Royal Tea, (not a teabag in sight) complete with a mini bottle of milk of our choice, which included cows milk; lactofree; soya or almond. This choice recognising the fact that food intolerance can be wider than just one food group. 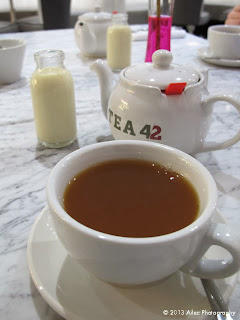 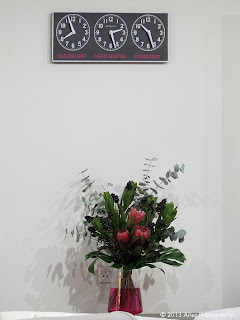 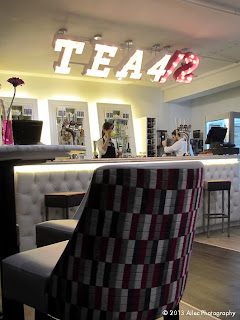 As we waited for our order to arrive, we were able to take in the surroundings, appreciating the clever concept of being able to transform through the day from a morning coffee and afternoon tea space; to dinner and bar environment, which will be serving a wide selection of gluten free beers. 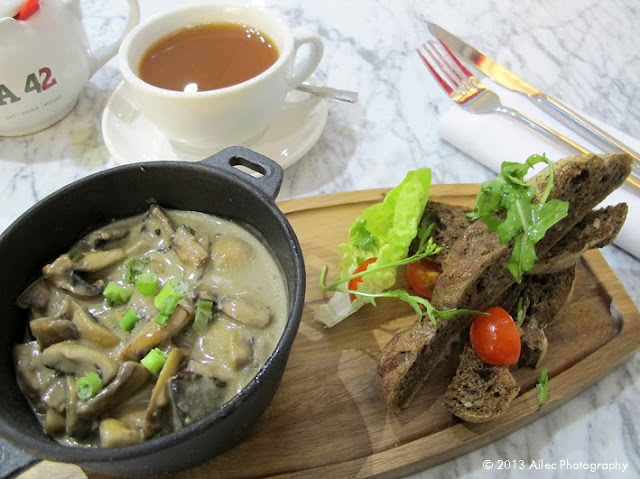 Our order arrived (excuse me for photographing my food but it is appropriate here!) looking and smelling divine! Neither of us were disappointed with our choice, and greatly enjoyed the amazing dark rich bread, made with molasses and treacle. What a refreshing change from the otherwise noble attempts at GF 'bread'.

After this delight, we were both so contented, we hadn't got enough room left to do justice to the cakes we had eyed up earlier - that would have to be for another time. And another time there will be, now that we have discovered a place to safely and comfortably eat.

Promoted as having a gluten free menu, it possibly still isn't perfect for coeliacs, although I gather they do have separate preparation areas in the kitchen. Coeliacs would need to check on an individual basis of course. However, what isn't promoted here is that gluten free choices are actually suitable for anyone and my fear is that much more education is still needed to make the 'anyones' aware that gluten free food, isn't freaky food to avoid.

So, our verdict on Tea 42 situated at 58 High Street, Manchester -

Whoop-whoop! finally somewhere that has sat up and taken note that there is an ever-increasing number of people having to follow a gluten free diet.
(*Rant alert* - I will keep begging the question, why?
What are the food producers and medical professions doing to address it? -*rant over*)

The food we had was excellent and beautifully presented.

The surroundings were fresh and stylish and I would look forward to enjoying trying a bar-style evening.

Value - whilst not targeting the value end of the market, it is sensibly pitched to reflect the carefully chosen menu and, as gluten intolerants, we are accustomed to paying a little more to ensure we have suitable good quality food.

I say, Tea 42 - certainly one to consider when in Manchester and I look forward to this group expanding out across the country. It can't come soon enough! 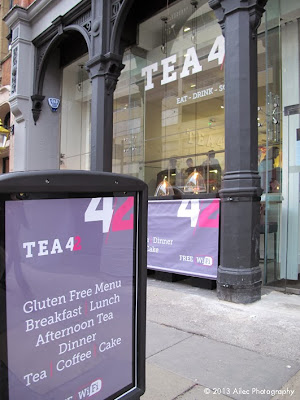