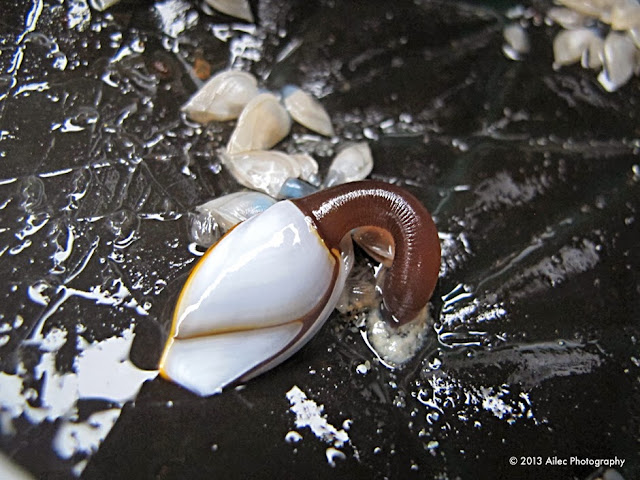 A couple of years back, I featured some incredible little sea creatures in my blog. They had been washed up by a
storm tide on a West Cork beach, and up until that point I had never before come across goose barnacles (Lepas anatifera).

Roll on to this week, and I'm back in West Cork where there has been quite a succession of storm tides. During one of the lulls between the storms I had taken the opportunity to walk mutt on our little strand, reflecting sadly on the huge amount of washed up plastic debris - the scourge of modern-day flotsam 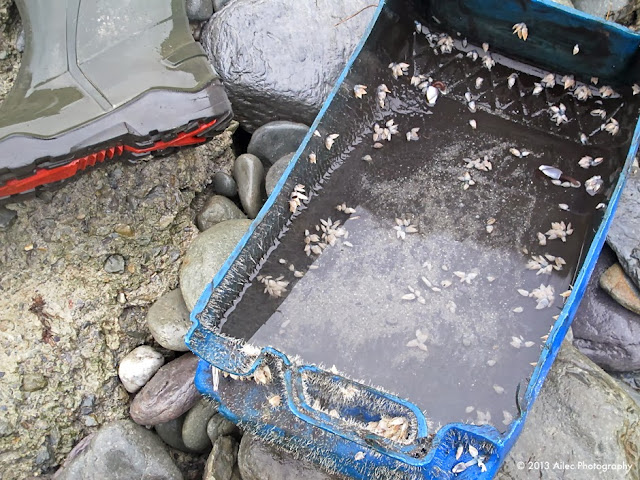 It was as I passed a cut-off blue container, acting as a temporary pool, that I did a second take.
Light coloured growths like curly bristles coated the outer edges of the tub. 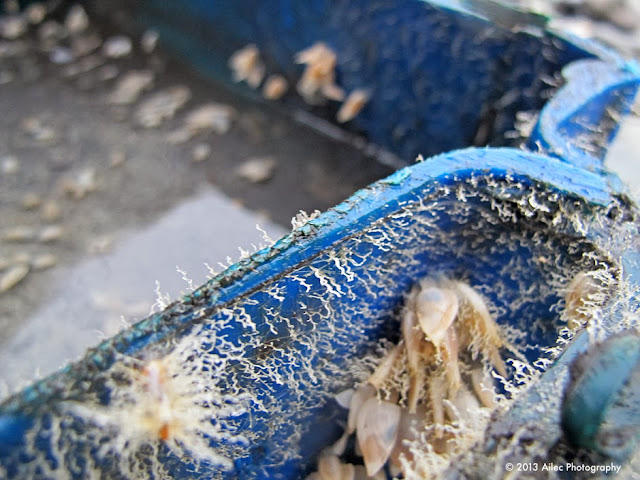 On closer inspection, I noticed it was more than just the bristles. Tiny seed-like shells were clumped together and straight away I realised what they were. 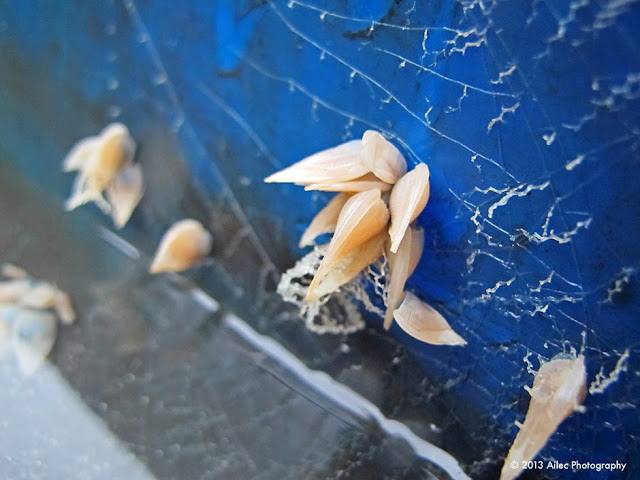 Goose barnacles (Lepas anatifera) but unlike last time when there were masses of mature creatures on a huge piece of driftwood, these were just the beginnings.... 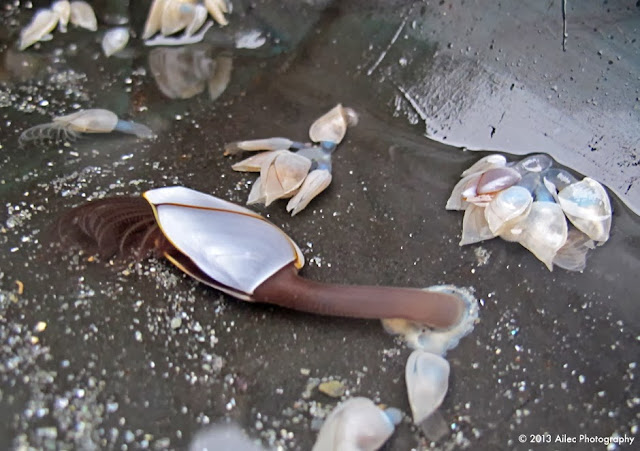 ...with just the odd one mature and recognisable specimen.


This morning, I was back on the little strand, and again during one of the sunny lulls. The very high tide of the previous night had washed the blue container back out to sea, replacing it with huge heaps of pebbles and seaweed, Once more, there were also items of sea debris lower down the beach, sporting a covering of these pale shell-like clusters. 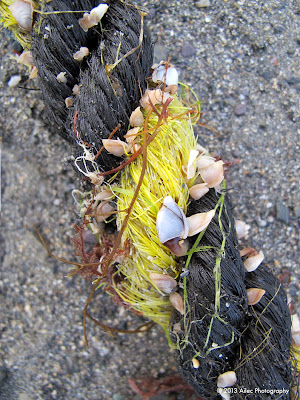 As we were checking these out, mutt had made her way right up to the high tide line and seemed to be very interested in something. Becoming intrigued, we followed her to the spot to discover the object of her interest. A young seal, which we identified as a grey seal, had been washed up, dead, onto the pebbles.
But wait, was it dead?
We saw a slight movement around the nose area, at first thinking it was the whiskers being blown in the breeze. 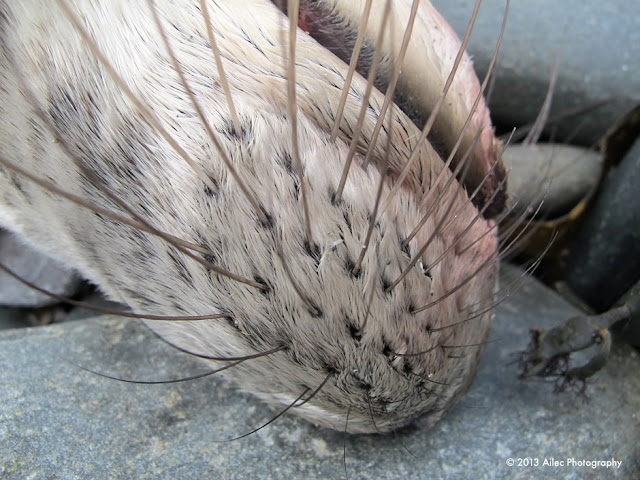 Then we watched as this young pup, dotted with grazes and puncture traumas possibly caused by sharp rocks, made its last few futile gasps at life, gaping its mouth to reveal a wicked set of teeth.
Sadly, there was nothing we could do... 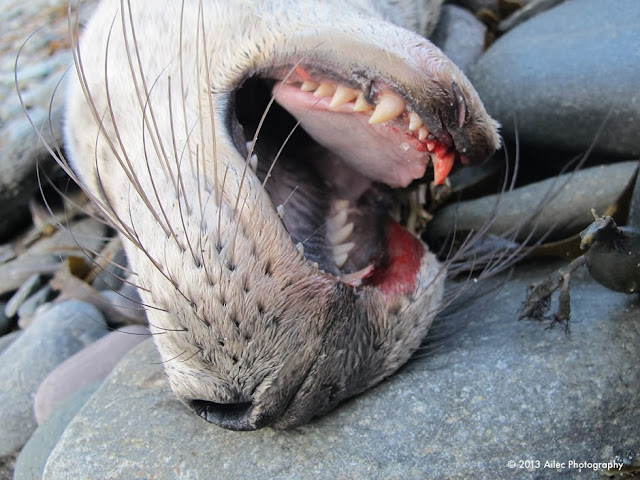 ...and with that, it passed into the seal-beyond.


The next storm tide, which is in progress as I write - the wind howling down the chimney rain lashing against the window, will no doubt perform the act of nature recycling.
Life goes on. 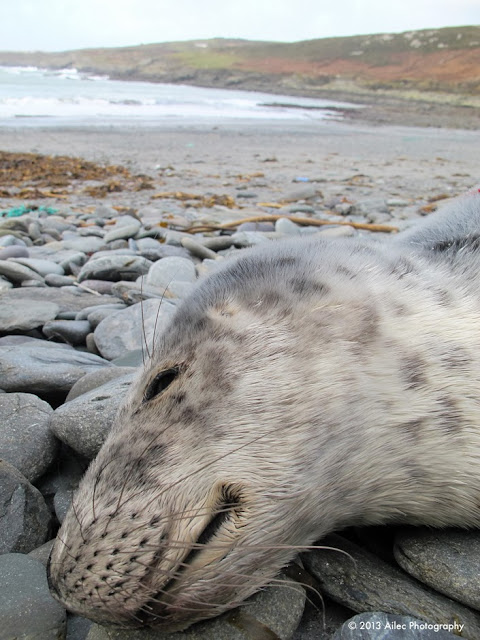