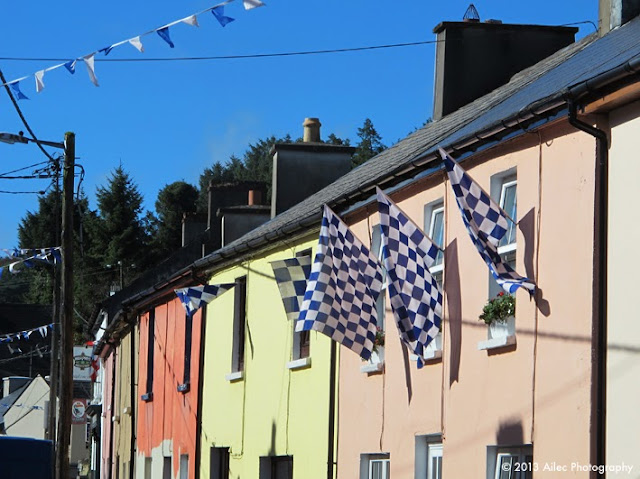 (One picture was taken on arrival in West Cork, the other, on departure) 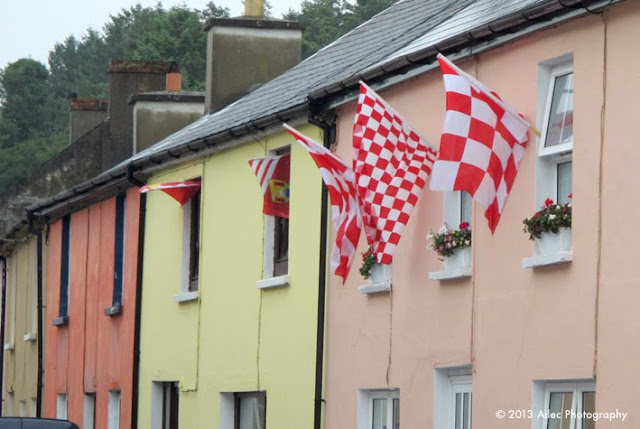 Apart from the difference in the weather, where the damp misty conditions of Saturday 5th October had made way for a bright sunny day (typically, just as we were leaving West Cork!), the main change was an allegiance switch indicated in flags and bunting. However, it was not as dramatic a swing you might think, as it is all for a massively dedicated following of GAA teams at different levels.
The red and white colours had been showing support for the Cork hurling team, who unfortunately lost out to Clare in the All Ireland Final
The blue and white now showing support for Castlehaven Gaelic football club who will be playing Nemo Rangers in the  Cork County Senior Football Championship Final of 2013.

This isn't the first time that our local Irish team have made it to the County final. In 2011, the massive presence of blue and white alerted me to the fixture, which unfortunately they lost. Then in 2012, they made it to the final again, this time coming out on top. And now there are high hopes for a repeat win, this time over the Cork city based team, with the throw-in at 3.45 this afternoon.

I just love the support everyone gives to these unpaid, dedicated and truly local sportsmen. You'd be hard pushed to find a foreign player in any of the GAA teams, and if there is, foreign would equate to the next parish but even that is frowned upon. I'm not big into sport but I really admire the community commitment in this fast paced game. 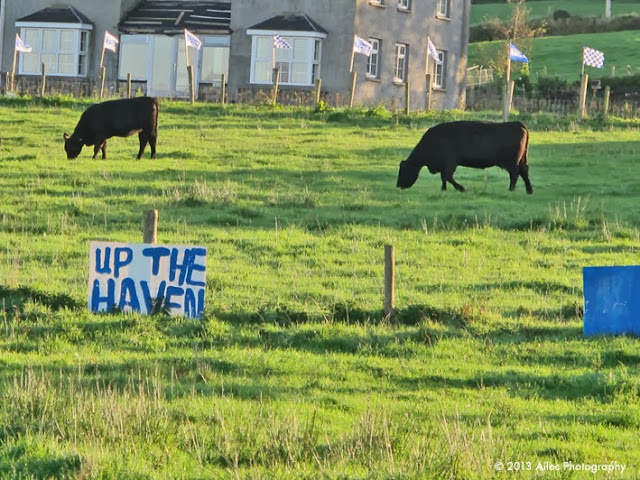