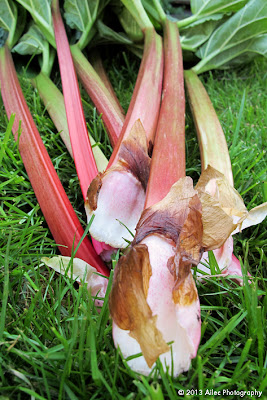 Back in the Wintery depths of January, a social networker and fellow photographer, Nathan Dainty aka Nate British Bake Off, posted a desire for baking something containing rhubarb.

I responded as follows: 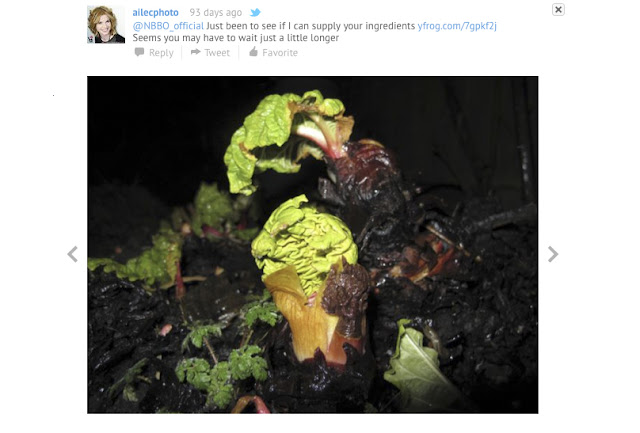 A busy few months passed but I did keep Nate updated with the growth progress of his object of desire. The rhubarb grew some, suffered a snowfall set-back, and then grew some more, until last week there was enough lovely new growth to share with the aspiring baker, as planned. 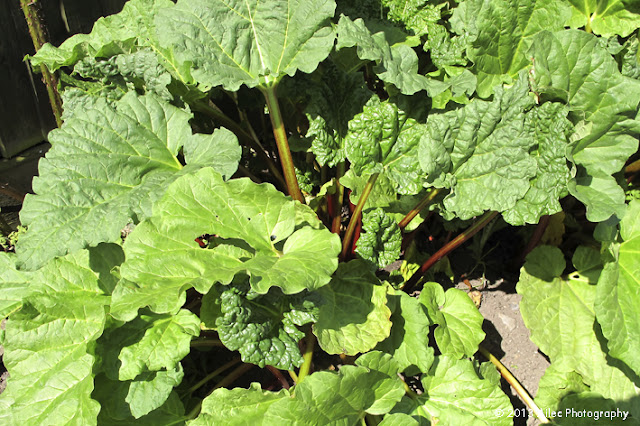 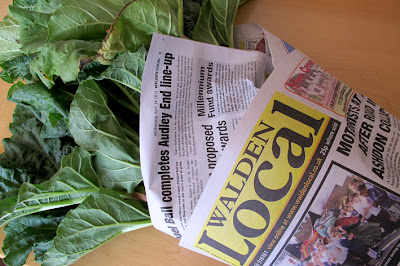 Home-grown rhubarb was fresh pulled on the baking day, carefully packed and checked to ensure there were no back-packers coming along for the ride down to SE London. 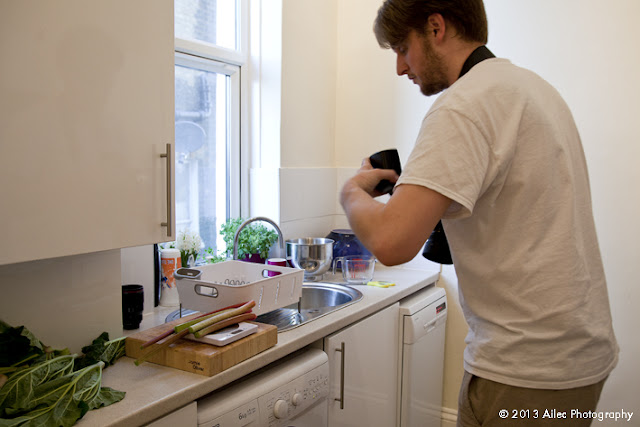 A couple of hours later on a lovely Spring day, NBBO (as he will be known from here-on-in) quickly set to work with both hats on - baker and photographer. (I set to work photographing the photographer!!)

Mission for the afternoon Rhubarb and Custard Cake 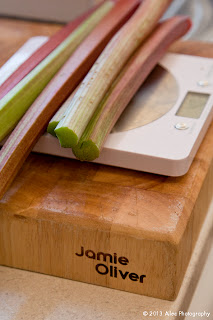 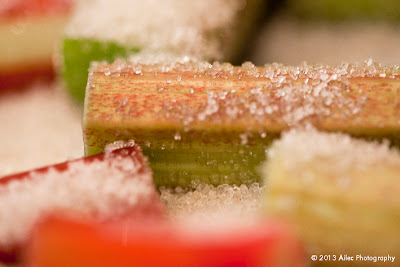 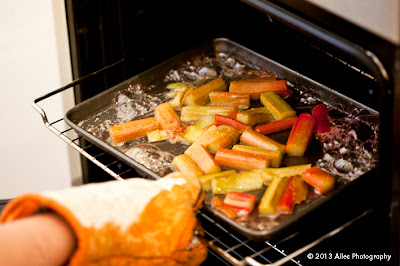 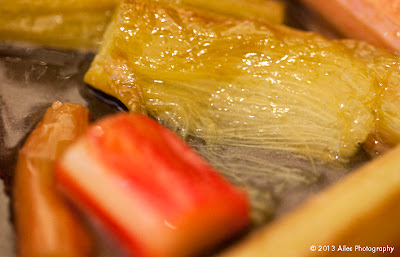 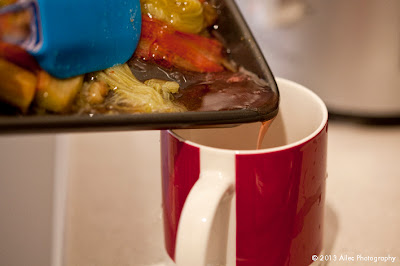 ...the delicious juices thoughtfully drained off in a Pantone co-ordinated mug!

Meanwhile, the matter of the cake mix.
Now, some of you may already be aware of my need for a gluten-free diet and so it was a breath of fresh air to find that NBBO embraced the requirement, simply by substituting the standard self raising flour for my Doves Farm gluten-free flour. It turns out that this was to be a good practice exercise for NBBO, as his soon to be father-in-law also requires a gluten-free diet.
(So, why are so many people presenting with dietary issues related to gluten? That perhaps is a question to tackle on another occasion) 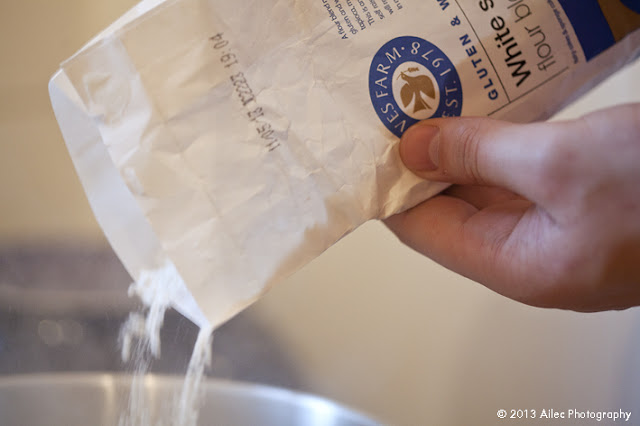 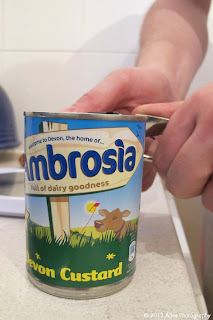 Rhubarb aside, the other ingredients were prepared:

Reserve 3 tbsp of the custard in a bowl. Beat the rest of the custard together with the butter, flour, baking powder, eggs, vanilla and sugar until creamy and smooth. 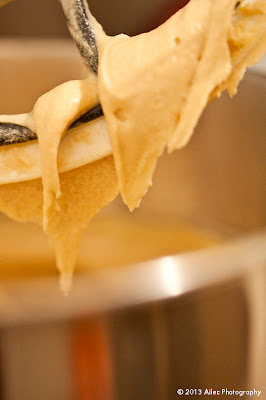 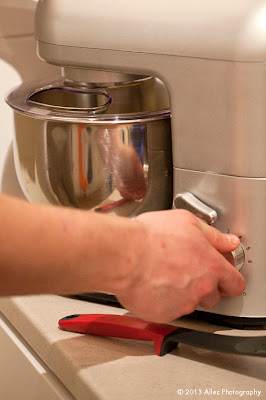 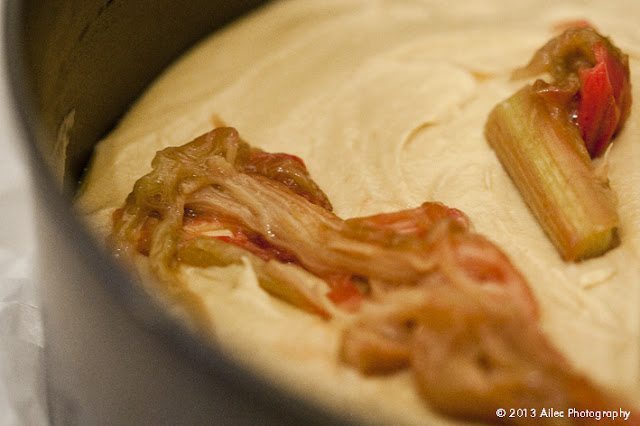 At this point, NBBO added the extra crumb topping which was also gluten-free. 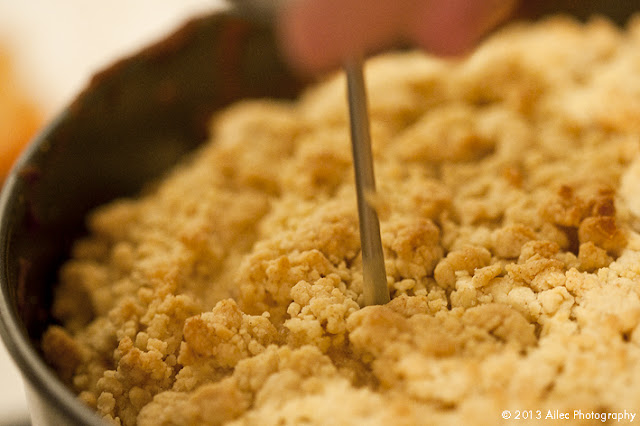 Bake for 40 mins until risen and golden, then cover with foil and bake for 15-20 mins more. It's ready when a skewer inserted into the middle comes out clean.

Cool in the tin, then dredge with icing sugar when cool.

Time had been ticking on and it was a question of whether it would be too late for this eagerly awaited desert course.

Keen not to miss an opportunity though, NBBO hurried the process along by turning the cake out of the tin before it had fully cooled and we all sampled the warm cake.
I fear we were all rather full and sleepy from dinner and couldn't do all his hard baking work justice.
It was now a 'Late Nate Bake'!

It was also time I hit the road back to East Anglia and so a couple of slices of the Rhubarb and Custard Cake were packed up for me and my other half to enjoy at our leisure. 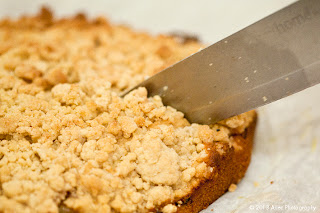 And there was a bonus! A couple of slices of Red Velvet Beetroot Cake which NBBO had baked earlier in the day (busy man!). An absolutely stunning looking cake, which had inadvertently surprised NBBO by also being gluten-free, and delighted me that finally there was an option for catering establishments to no longer offer fruit salad as the gluten free desert option. Happy Day! 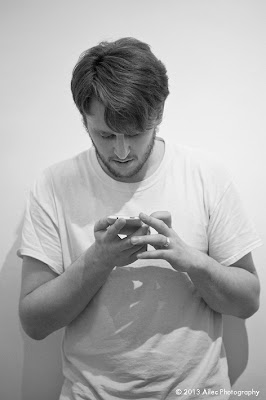 So, NBBO is eagerly awaiting my verdict on the Rhubarb and Custard Cake.

Well, this delicious desert cake was consumed with much enjoyment, complemented with a generous pouring of cream. (Definitely not counting the calories with this one!) Not a crumb left and the fact it was made with gluten-free flour, didn't appear to affect the double whammy of the cake and the crumble. Our only comment - in our opinion, the given recipe was a bit light with the rhubarb.

...so Nate, when shall we come knocking your door again with a double helping of rhubarb?!!