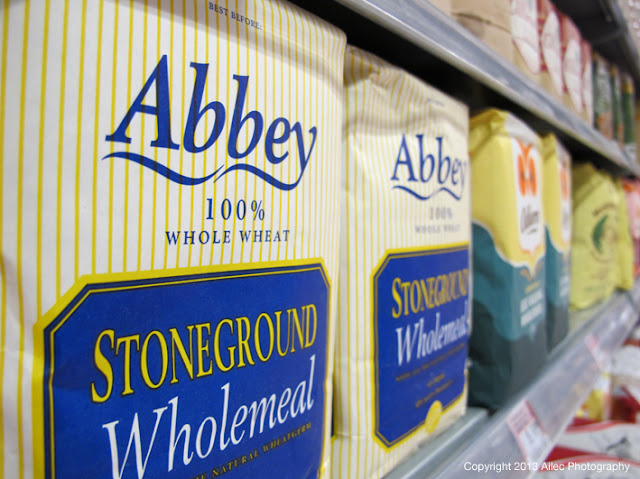 Now, if you'd have asked me five years ago what gluten was, I wouldn't really have had much of an idea. The nearest I would have got would be an adjective:-

and then I wouldn't really have been sure where it came from. However, ask me now what gluten is and I can tell you what it is, and more.

gluten mass noun  A mixture of two proteins in cereal grains, especially wheat, which is responsible for the elastic texture of dough

Gluten, a protein found in wheat, barley and rye has come to control my way of life in the last few years. I didn't want it to but it has been essential for my general well-being. It all began when I started to lose weight, and those that know me also know that this is something I definitely don't need to do! I would also suffer badly after eating my favourite bread from our local baker and will spare you the details but lets just say there was a little room in the house that I became intimately acquainted with!


I hadn't appreciated how, over a period of time, my diet had been affecting my health, until one morning, the one closest to me had again found me shut away in the little room, crippled up in agony and drained of all colour. He had just returned from a business meeting where he had met an old neighbour of ours and who also happened to be a nutritionist. Having already been dismissed by the medical profession with the all too common coverall of IBS, it seemed this was a 'nothing ventured' desperation option.

Over the following few weeks, I went on the exclusion diet, dropping all wheat containing products for a period before re-introducing them, then repeating this for barley, rye and also oats. The overall result was quite amazing. each time I reintroduced wheat, barley and rye, the offending product would trigger a reaction, oats, fortunately didn't. Armed with this information, I returned to a sympathetic GP who understood my desire to get to the bottom of this (excuse the pun). By now of course, I had read around the subject of gluten and realised that there were two things it could be - gluten intolerance or coeliac disease. Determining which one would also determine how I would live my life ahead.

To cut a long story short, I went through a period of feeling very uncomfortable whilst once more eating all of the gluten containing foods, essential for the medical test that were ahead of me. I had blood tests, tests with tubes from all directions and biopsies. All very unpleasant but tolerable when knowing that this should determine the cause of all my symptoms, of which there were many, now looking back on it.

Finally came the best result I could have hoped for. I didn't have coeliac disease.

For those with coeliac disease, it is essential to avoid all gluten containing foods as even the smallest breadcrumb for those most sensitive, can be critical with this immune disease. For those who do have this disease, I have every sympathy as my diet is now very similar to that which coeliacs must follow. However, as a gluten intolerant, I don't have the associated issues should I accidentally be 'glutened'. I just feel rough for a while but know that it won't have done any lasting damage.

So, what has being diagnosed as gluten intolerant meant for me? Well, firstly and most importantly, I have isolated what was making me feel so ill (weight loss, assorted gastric issues, lethargy, non-age related night sweats, mouth ulcers, aching joints, headaches, momentary dizziness... and so it went on). It was...

Since cutting it out of my diet in a controlled and monitored fashion (I had dietary guidance from the hospital, and shouldn't be something to tackle alone) I have felt so, so much better.

On the down side, I have had to cut out most of the food group that were my favourites, cakes, biscuits, breads, puddings etc. It was so incredibly hard in the early days, to the extent I frequently found myself in tears in the supermarket whilst walking down the cake aisle during the shop for the rest of the family, and upset when yet another food was found to contain gluten. Thankfully, the choice within the (highly expensive) gluten free ranges has increased dramatically over the last couple of years that I don't feel so 'left out' any more but it comes at a price and not just in pennies, these foods can sometimes be higher in fats and sugars to compensate on flavour.

In the early days, the rest of the family would roll their eyes when eating out as I would inevitably ask the question "Is this gluten free?" to which I would get mixed responses from the establishments. Mostly it would be, "What?" and they clearly didn't have a clue which food group was involved. Occasionally it would be,"Yes we can cater for you!" and equated to removing the bread roll from the plate and replacing with... nothing.
'Can you not see, I'm on a special diet not a weight loss diet!!!'
(To those who are contemplating a gluten-free diet just as a (current fad) method of losing weight - don't!!) Oh, and our idea of a gluten-free dessert is not endless supplies of fruit salad. Worthy and lovely as it is, there are so many tempting alternatives that can be offered... please? I have yet to find an establishment where I have had a good choice of food, where they have fully understood and I haven't had to explain or ask questions... but it is getting better. Education is the key.

I have also blogged about gluten-free food having found that it is possible to cook my own tasty alternatives:
Christmas Cake
Pancakes
Rhubarb Cake

So why now? Why have I recounted my story now?
This week is Coeliac Awareness week and I take an empathetic stance in raising awareness of this disease which affects 1% of the population.
I am fortunate that I have gluten intolerance.
Also, another member of my family has just presented with the same gluten intolerance during the time of final university exams and thankfully is now much better as a result of following the gluten-free diet. It begs the question, why me, why my offspring and why so many people in general are finding themselves falling-out with gluten, something that has been part of all of our diets for centuries?

In my opinion (and it should not be taken as medical evidence) there are several factors.
- A trigger - historical gastric illness plus stress.
- A family disposition - in hindsight my maternal grandfather presented with symptoms.
- An increase in consumption of food groups - Cereals, sandwiches, pasta, pizza, puddings etc in one day.
- Antibiotics - an increase in the use of these valuable medicines may have caused a change to our gut linings.
- Plant breeding - in the quest for high yielding grains, the gluten content has increased.

What I do feel, is that there should be a review, indeed a quite urgent review, of why so many of the population are suddenly finding they are gluten intolerant. This review should be carried out by the medical profession, the plant-breeding / farming communities and also food manufacturers, who need to realise that there is no need to include 'hidden' doses of gluten in their food products - there are alternatives.

Thankfully, in Ireland, where I am currently on holiday, there is a greater awareness of the need for gluten-free food, due to the higher incidence of coeliac disease amongst the Irish population. This means that there are far more food products available and whilst in general, I have moved my family away from processed foods, there is one food group that can't be left out when it comes to a full cooked Irish Breakfast... 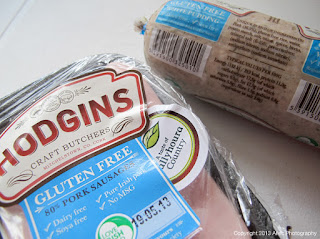 ...sausages and black / white pudding ...just as a treat of course!